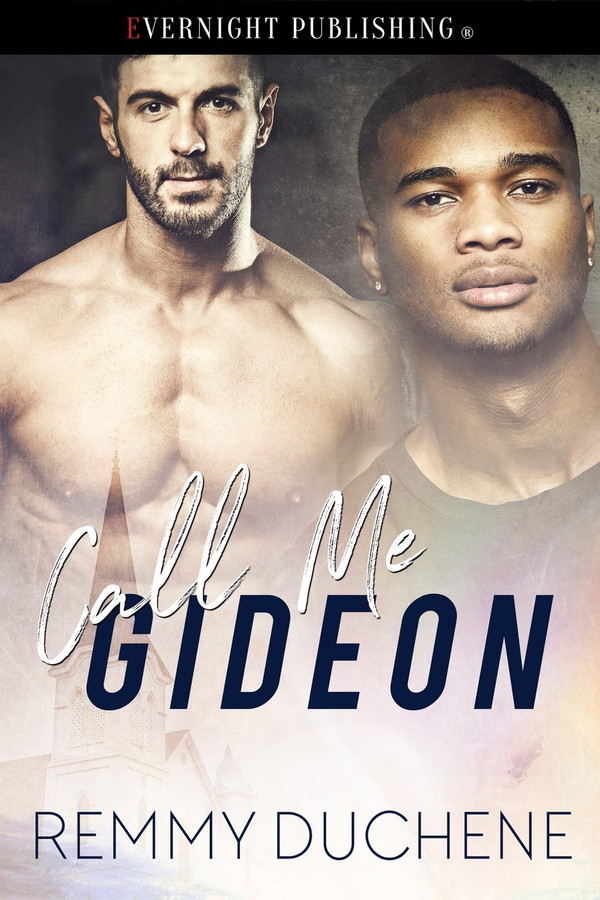 Gideon Eric Bishop lost everything when he came out—his family, his fortune and his best friend. Over the years, he’s shoved himself back into the closet. Going by his middle name, he’s successfully remained celibate, kept to himself, and life has taken on some semblance of normalcy. Then he gets a phone call from his mother, begging him to come home as his father is gravely ill, but Gideon cannot figure out why his presence would matter. Still, like a dutiful son, he returns to the fold and walks head first into Kellan O’Brien.

For as long as Dr. Kellan O’Brien has known what love was, he’s been in it with Gideon. Kellan felt things for the then eighteen-year-old he was pretty sure would send him to hell. But Kellan was too old, and Gideon wasn’t gay.

When Gideon vanished one night, Kellan’s heart broke, and he tried to move on as best he could. But then Kellan’s fiancé dies in a horrible accident, and Gideon returns to Byers Pass, and it all seems to be coming full circle.

But Gideon has put himself so far and so deep back into the closet, Kellan is positive not even love can reach him.

The steeple to Byers Pass Methodist Church could be seen from the highway. It trailed alongside the vehicle like a curse. The building brought back memories—most of them confirmed to Eric that if there was a hell, chances were he would be going to it. It wasn’t because he was gay but because of things that happened when he was a child and didn’t know any better. Growing up, every Sunday morning was for church. His earliest memories had him ripping off small chunks of the day’s program, shoving it into his mouth and rolling it into a small ball then seeing how many he could flick with his tongue onto the hat of the lady before him. But as he grew older, going became more of a pain than anything else. He would have to wake up at six, get dressed in the itchiest suits imaginable, and be dragged to Sunday school. That building held so many walkways, stairs, dusty corridors—Eric was always overwhelmed. He oftentimes felt so out of place, he’d run to the bathroom, cry, then return to the flock. A few times, he’d get into trouble for scratching himself, and apparently, young men did not do such vile things in front of ladies.

As he tumbled awkwardly into teenage-hood, his mind would wander to places he was sure they shouldn’t have gone while sitting in the house of the Lord. Whenever he tried staying home, Dahlia would make him feel so guilty about it, he found himself rushing out the door to get in the car before anyone else.

The steeple, metal, green and silver, glistened in the late afternoon sun, and Eric’s leg began itching. Though he knew it was in his head, he rubbed at it and that gave way to his balls itching. This time, he refrained. Astrid had seen him naked a few times, but scratching his bits in front of her would only make things weird.

Eric tore his eyes from the church and glanced slightly down at the rest of the small town. It sprawled out in what looked to be a carefully planned pattern. The place seemed harmless enough. Anyone passing along that stretch of highway would think how quaint, how positively harmless, how perfect. But Eric knew the truth. He knew that in the midst of that sleepy, little town was hell.

With a frown, Eric lifted his gaze again. He kept his eyes on the steeple, resting his forehead against the glass, and stared at the metal pike pointing toward the heavens. After he came out, he’d gone out of his way to avoid the church. His mother told him if he went anywhere near it he would burst into flames. A part of him didn’t believe her, but he didn’t want to take any chances. After all, he’d broken his parents’ hearts into a million tiny pieces, so there had to be a punishment for what he was.

“Thanks for coming back with me,” Eric said. “I think if you hadn’t I’d break into pieces.”

“Why did you come back?” Astrid asked from the driver’s seat.

“I told you. My father is sick,” Eric said. “And he doesn’t have much longer.” Eric righted himself in his seat and pressed his head to the back of it.

Sometimes, life throws you into situations that test you; everything happens for a reason. This is exactly what happened with Gideon. Coming out isn’t easy for many and doing so cost Gideon Bishop everything. There were many doors that were closed to Gideon Bishop but of course, the trials and tribulations for his life opened the doors to his eventual happiness. Gideon changed and hid himself essentially putting himself back into a self imposed closet. And he was happy. Or a living an empty version of happiness. A call from his mother one day opens the door to his old hurts and an opportunity for an unexpected happiness. Kellan has loved Gideon for as long as he could remember he was in love with that younger man. The age difference between the two kept Kellan away. Gideon left and Kellan moved on with his life as best as he could, even becoming engaged. But Fate shuffled her feet and certain events lead the two men to each other again. This is a story about forgiveness, redemption, healing and second chances. The author took you on somewhat of an emotional roller coaster with this book but the journey was bittersweet. I liked these characters a lot. The storyline I thought, was absolutely well done. This story started off with so both characters having so much regret and sadness and shame. That’s what made the story that much more sadder for me. Both of these men were filled with shame for their feelings and who they were. Their shame was imposed onto them by others and much of it was self imposed. One they broke through that barrier, these men were able to find themselves; the best part of themselves and that is what made their happily ever after that much sweeter. The author did a wonderful job of telling Gideon and Kellan’s story.