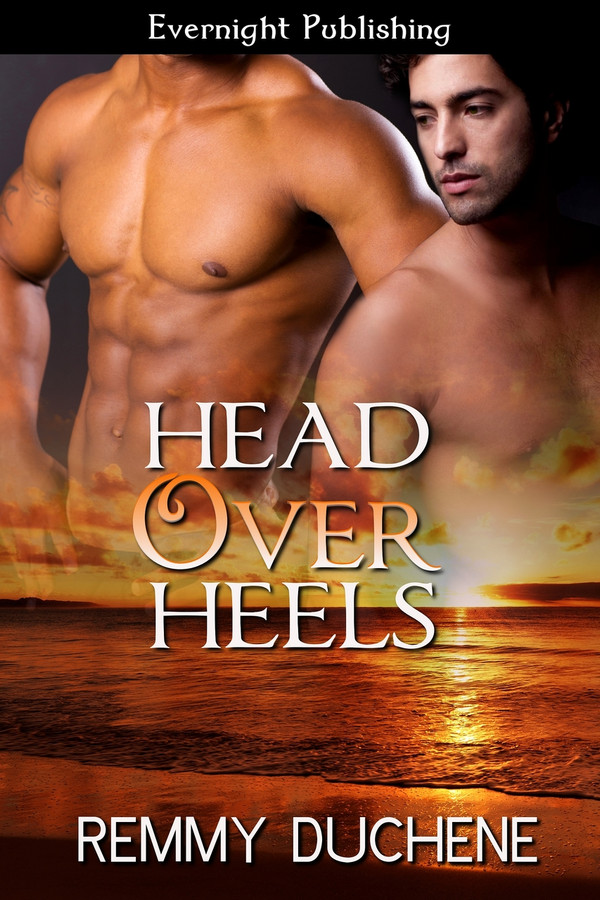 Firefighter Christian Shane, badly scarred from a fire that ravished a city block, runs away from New York to Beacon Cove, hoping to hide away in his family's beach house. All he wants is to be left alone.

Case Jenkins never met a sexy, muscled stud he liked. They were always jocks and always dicks—plain and simple. He was too much of a nerd and not built like a brick house. But when he sees Christian Shane, he can't control himself. Nothing worth having ever comes easy, and Case isn't quite sure he has enough patience. But there’s a mad-man trying to burn down the world, and in the end, both men must come to terms with their feelings.

Christian’s nightmares had gotten progressively worse over the past two days. Since he could do nothing but sleep, there was no way to avoid it. Every time he drifted off, he woke up in a cold sweat. The first few times he jerked awake, he heard someone screaming. Then he realized the sound was coming from him as he clutched at his throat. The machines beeped furiously and his nurse rushed in, pleading with him to be careful.

He’d chosen the career, and the moment the bad of it raised its ugly head, Christian felt useless and confused. When he thought deeper about it, he felt discarded and betrayed. For so long he hungered to become a firefighter and worked tirelessly toward his dream. During his fight to make his dream come true, everything else had fallen by the wayside, and somewhere over the years he’d become a sheltered, jaded ass.

Christian sacrificed everything for his dream. Then, that dream scarred him for life.

One day faded away, followed by a few more he couldn’t keep track of. From time to time, his doctor would force him out of bed to walk around a bit with the help of a cane and a nurse. Another moment when he was lucid, his friend the doctor was standing in the room, peering pensively at his chart.

“You’re a very lucky man, Christian Shane.” Dr. Clancy O’Neal didn’t look at him but scribbled away at his clipboard. “A really lucky man.”

“I don’t feel like it.” Christian’s throat was like he swallowed sandpaper—dry. He shifted on the bed, and a burning sensation shivered through him from his back. “I feel like someone doused me in hot water.”

“That’s what happens when you have half of your back covered in burns. You could have died, Christian.” Clancy looked up then to focus his piercing green eyes on Christian. “You have to always remember that. It doesn’t matter how scarred or damaged you think you are, life is way more precious than beauty—and if I swung your way, I’d definitely tap that.”

Christian laughed. “You do swing this way.”

“No, no. Not that way.” Clancy hooked the clipboard to the foot of the bed.

Christian arched a brow and tilted his head. “Em… maybe it’s the drugs, but I’m lost. What way are we talking here?”

“I meant.” Clancy laughed. “If I went for the buff, firefighter types.”

“Seriously, though. Just remember you could have died, but you didn’t.”

For so many years, Christian had said those same words people he pulled from fires. He would tell them to be thankful they were still alive with only a few scars, to be happy. As he lay there, hearing those words tossed back at him, he felt physically ill. “Quick! Hit me over the head with a mallet.”

“Stop being dramatic. You’ll be fine. You just have to remember you’re alive and there are people who didn’t wake up this morning.”

“Why are you saying all this?”

“Because I’m your friend and I know you. You spend hours per week making sure your body looks a certain way, and these scars are messing with that. I don’t want you to think anything changes because of them. You’re still as sexy as before… just with a few additions.”

Christian Shane is a firefighter that leaves New York and goes to Beacon Cove to finish recovering from being injured in a fire. Christian is a strong man who is trying to figure out if he will return to the career he always wanted or do something different. Christian comes across as a man who speaks before he thinks. Case Jenkins is now a struggling writer. He is not as in tune with his muse as he once was. He started a new field after winning the lotto and leaving his original career as an architect. Case seemed like a person who thought things through and be always in control. However when Case gets near Christian all Case’s control shatters. The connection between Christian and Case is intense. The more time they spend together, the stronger the connection gets. The sex scenes were steamy. While Christian and Case meet and fall in love very quickly it’s done in a manner that is very believable. This book is very well written with an overall plot was very realistic. The main characters and secondary characters were stimulating and thought provoking. The ending of the story was a bit predictable but the journey there keeps you on your toes all the way through wondering how this book will turn out. This book had a great mix of romance and suspense, not too much of one or the other. Overall, this was a magnificent book.