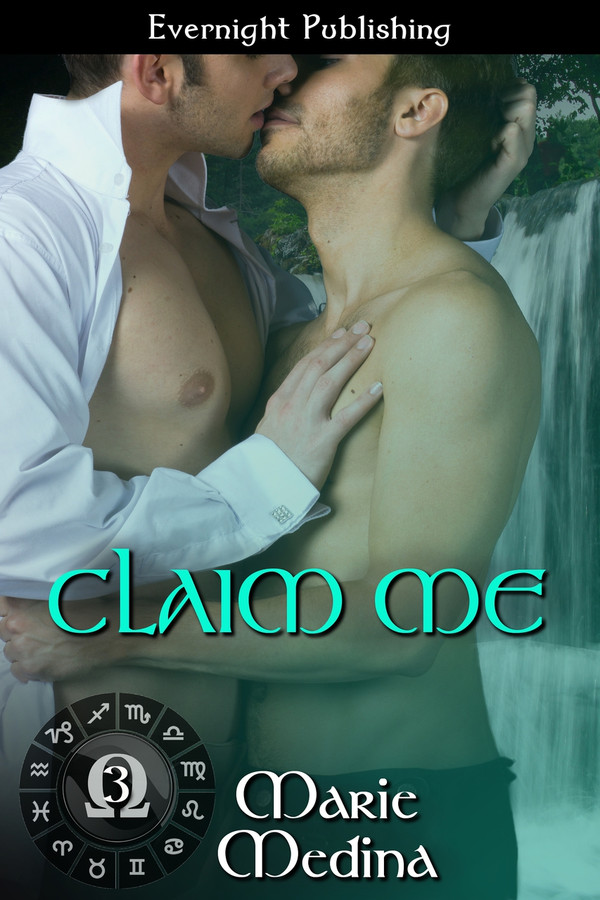 Dax lost his fated mate years ago, and he mourned William far longer than anyone thought was healthy. But there was a reason no one knew about. Dax fell in love with Quinn, William’s twin brother, and he's felt guilty ever since he realized it. Yet as his brothers both find their own mates, he sees that he can’t keep hiding his feelings simply because he fears rejection.

After his twin died, Quinn felt lost and alone, but Dax stood by him when he had no one else. Quinn has moved on, but he feels as if Dax is still weighed down by William’s death. The very idea tears Quinn up inside, and he’s determined to see Dax as happy as he was when they first met. The vampire always looks sad and lost in thought, and Quinn promises himself he won’t rest until he manages to help the best and dearest friend he’s ever had.

Dax rose from his desk when someone knocked on his bedroom door. “Come in.”

Ciel came in first, a huge grin on his face, which spelled trouble. Dax understood when Quinn followed him a few moments later.

“We’re at capacity right now. It’s fine for Quinn to be in with you, right?” Ciel said, his eyes dancing with mischief.

Dax forgot to breathe for a moment, but then he shook himself. “Yes, of course.” He clutched his hands behind his back to keep from wringing Ciel’s neck. He liked doing things at his own pace and didn’t want his hand forced. But then again, he wasn’t about to turn down the opportunity either. “That works out well, actually. We’re leaving tomorrow anyway.”

Ciel muttered something and left the room, closing the door firmly behind him after throwing a wink at Dax.

Dax struggled a second before coming forward. “I’m very happy for both of my brothers and delighted to see you.”

Quinn relaxed visibly. “Good. I was so worried.” He came forward and hugged Dax.

The embrace was far too brief, and Dax didn’t want to let go. But he did. “Worried? About me?”

“Yes. About you. That’s what friends do.”

“I’m fine, really.” Quinn looked happy, and that pleased Dax. “And how are you?”

“I’m good. Busy all the time, but I like that. It’s been good to settle down.”

“How long have you been at Yoshinaga?” Dax already knew the answer, but he had to keep talking of mundane things to keep from saying what he truly wished to say.

“Hmmm, maybe fifteen months now? I was there when I met you on the coast last year.” He gave an apologetic smile. “I’m sorry I don’t keep in touch more.”

“It’s fine. I know you’re busy. And you have an apprentice to teach, right?”

Quinn reached out and squeezed his shoulder. “Yes, but that’s no excuse. I’m so happy to see you looking well. You really do look better than you did a year ago.”

“Definitely. Last year, we were surrounded by sun and sand, but you kept staring off into space, looking sad all the time. As if you felt guilty for enjoying yourself.”

Dax tried to hide his embarrassment behind a smile and laugh. He’d looked guilty because every single time he’d looked at Quinn he’d wanted to pull him close and kiss him. “I was … still working through some things then. I’ve made a lot of decisions recently, and being happy is one of them. I know what I want, and I’m going after it.” He took a deep breath. “Come what may.”

Quinn tilted his head. “Any way I can help?”

“We’ll talk about it after we get going tomorrow.” He needed a distraction. “Today’s all about Ciel and Jensen. Would you like to see the gardens? The castle’s filling up, but we can go down there. It’s just another couple of hours before we start.”

Dax led them out of the bedroom, as he was pretty sure Quinn wouldn’t be quite as “game” if he knew exactly what Dax actually wanted.

I loved this - so glad we got Dax and Quinn&#039;s story! I also liked the previous couples having appearances in this, too. Dax and Quinn were sweet, sexy when they finally got together, and romantic. I really liked how Dax wanted to woo Quinn, and I also liked the flashbacks to give some foundations for the relationship Dax had started to have with Quinn&#039;s brother. I really enjoyed this trilogy and I look forward to the next one from this author!

Claiming His Bride by Marie Medina

Bind Me by Marie Medina