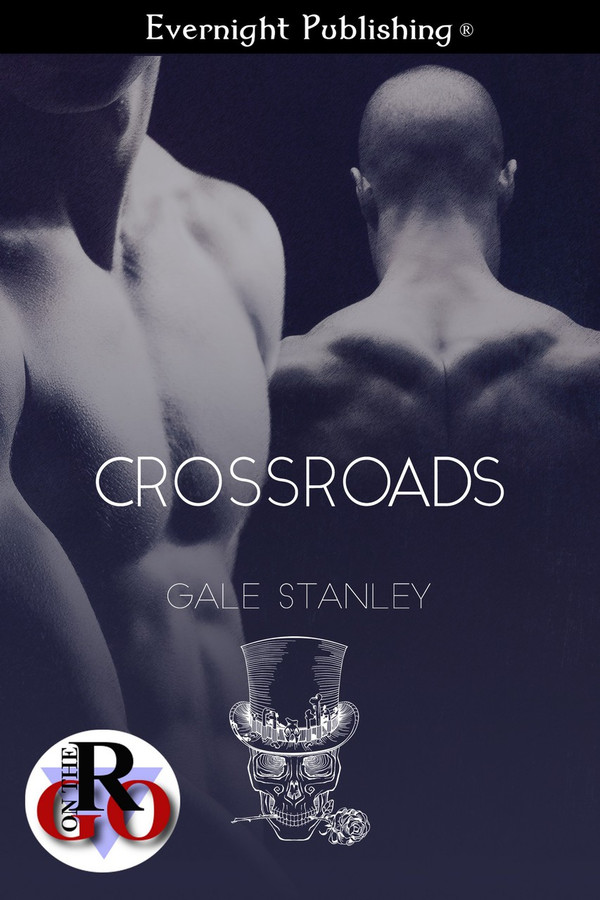 Long time lovers, Louis Abellard and Jesse Trudeau work in a Voodoo shop in the French Quarter. Jesse is a believer, but Louis turned his back on the spirits when they allowed his mother to die of cancer.

When Jesse is hospitalized with leukemia, Louis is desperate to save him. He’ll do anything—except ask the spirits for help. Then one night an unlikely ally makes contact, and Louis finds himself at a crossroads. Maybe it’s time to revisit his past and confront his inner demons.

The corridor stretched out ahead of me, quiet except for my footsteps and the occasional bleep of a machine. Most patients were sent home to spend Christmas with their families. I’m Jesse’s family, but he was too sick to come home. Fucking leukemia!

Jesse’s diagnosis last year was a terrifying blow. We’d just come through a busy tourist season. Mardi Gras through to May had been insane and we were all tired, but Jesse could barely keep his head up. He’d fall asleep during the day, and he seemed to have one fever after another. One day, bruises appeared on his body for no good reason. My grandmother blamed me and she gave me hell. Jesse laughed it off, but I felt scared and guilty. I replayed our sex over and over in my head, wondering if I’d been too rough. Afraid to touch him, I hugged the edge of our bed every night. Jesse didn’t complain about the lack of sex and that scared me even more, but it was Mawmaw who insisted he see a doctor, and finally he did. The doctor took some blood from Jesse’s arm and sent him home with an antibiotic. Only Jesse got any sleep that night.

Mawmaw and I were scared to death. We’d been down this road before, but that didn’t make it any easier. All I had to do was look at her face and I knew she was reliving the same painful memories as me. Finally, she went to her room to talk to the spirits while I sat at the kitchen table and drank her spirits. Southern Comfort. 100 US proof. I have no idea how much I put away, but in a short time I was in my own state of comfort. Feeling no pain.

Louis is faced with a dilemma when his lover Jesse is taken gravely ill. Will he be forced to revisit the voodoo beliefs and practices he has renounced in his fight to save Jesse, or at least to come to terms with his precarious state? Romantic, gripping, with some graphic gay sex episodes, and fearlessly confronting issues of life and death.

Crossroads. I found this book moving and wonderfully written. The story flows along flawlessly. There&#039;s a bit of voodoo involved in this love story between two men, one is very ill. Their emotional connection was truly believable. The first chapter hooked me in as the storyline pulls you along, and I didn&#039;t want it to end! Very descriptive with steamy sex scenes that will curl your hair! Mawmaw and Voodoo… Not to give out any spoilers, I have to say I give author Gale Stanley 5 out of 5 stars!

Well-written tear-jerker which should thrill genre fans. The set-up is compelling. I liked the main characters and the setting was interesting. Recommended to romance readers.

I have to admit that when I read the book description, I wasn&#039;t eager to read the story at all because of the death and dying concept. I know me when I read books--I get smitten by the characters and then of course I want everything to go well for them. So of course I don&#039;t want them to suffer. However, Stanley is one of my favorite authors and I&#039;m so glad I read this book because not only do the characters go through the rough parts but they get to the other side. No, not the death side, but the other side of the rough where it&#039;s smooth. So, yes, of course, Stanley delivered a story where both characters live to tell the rest of their romantic tale. Onto the story, starring the long-time lovers Louis and Jesse. They both work at a Voodoo shop in NOLA. Louis has grown up with this tradition all his life and had turned his back on it long ago. When Jesse&#039;s cancer comes back full force post-remission, they both arrive at a crossroads. Jesse has a choice to fight for his life or die. Louis has a choice to either do something that he no longer believes in or slay his past demons. Told in first person, I immersed into the story easily and was on the brink of tears a couple of times. As with other stories of Stanley&#039;s, this one was also a one-sit read. Can&#039;t help it. Captures me every time. So if you&#039;re up for a humorous yet sad yet uplifting story, this one&#039;s for you. Highly Recommended.

Loved this story about a man already grieving his sick lover. It has a touch of the paranormal, but it’s realistic at the same time. It’s cleverly written with a well described setting, but it’s the emotional relationship between the men that makes it stand out. Add the sizzling heat and you have a love story that hits the mark.

A powerful read about two gay lovers, one of which has been diagnosed with blood cancer. So far it doesn&#039;t sound like much fun but the author has managed to turn this around into something romantic, inspiring and wonderful. With some explicit love scenes this is enjoyable for fans of gay romance. If you don&#039;t mind some sex scenes then you will find a lot more in this lovely short story. I applaud the author for going places others may not dare and for succeeding in making this a wonderful read. Quite realistic in its approach and for that also very recommendable.

Crossroads (Romance on the Go) ... Gale Stanley A brilliant and emotional read. Working in the spiritual Voodoo realms, Jesse Trudeau explores the other worlds. The lover Louis Abellard gets entwined in a place of confusion and lands at a place of decisions he may not want to make. Well-written and draws the reader in superbly.