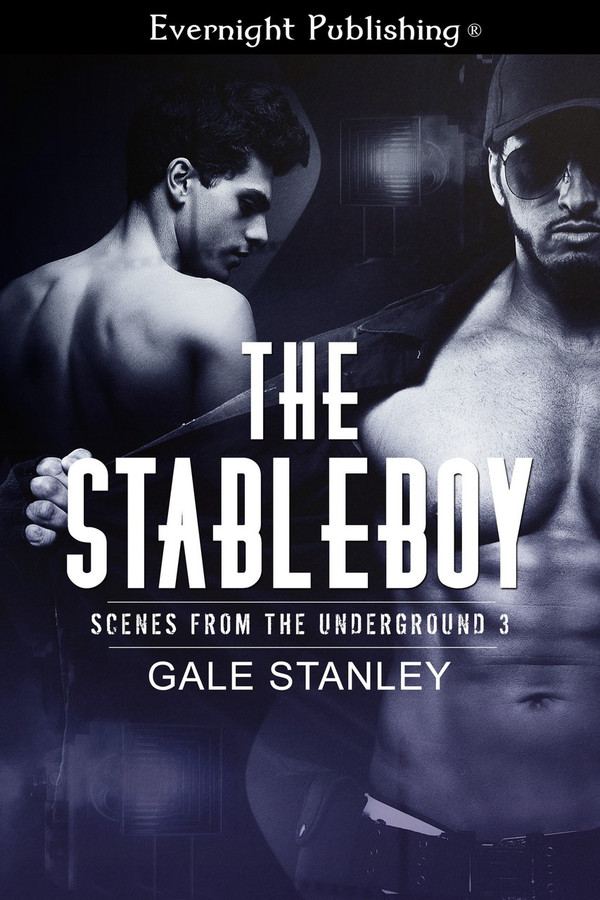 Scenes from the Underground, 3

Perry thought he hit rock bottom when he went from reality TV star to prison inmate. Then the warden gave him a choice—stay in prison or be part of a new rehabilitation program. It was an easy choice, but nothing comes easy, and Perry soon learns the truth.

Meathead put his hand over mine to steady it and gave me a refill. “You’re supposed to sip it.”

“Right.” I took a little sip and narrowed my eyes at him. “I thought you were a health freak.”

He grinned at me. “I’ll cop to the freak part.”

I grinned back. Chalk one up for the cop. He actually made me smile.

“Yes, Master.” Holding my wine carefully, I climbed into the tub and slid under the hot water. I couldn’t remember the last time I had a bath. It felt like the height of luxury. I didn’t know how to deal with it, so I resorted to sarcasm. “If you’re trying to seduce me, you should have lit candles. Maybe some music—”

“Cut out the bullshit.”

“Yes, sir.” I did my little mouth zip pantomime.

Meathead started to take his clothes off.

Ha! Liar, liar, pants on fire. You do want to fuck me.

Suddenly, my nerves kicked in. I had a busy day. What if I couldn’t perform? I was already on Wright’s shit list. I didn’t need another bad report card.

My fear lessened as Meathead revealed more of his body. He was incredibly hot. Almost too handsome, he took my breath away. I wanted to lick the sexy smattering of dark hair between his chiseled pecs. When he pulled his boxers down, a fat, cut cock sprung out from his neatly trimmed bush. I tried not to stare. He didn’t need the ego trip. Still, nothing beat the sight of a long, stiff cock. Knowing it was hard for me made it even better. He might not respect me but he couldn’t deny he wanted me.

Reads like it&#039;s on fire. Hot and fast! The Stableboy (Scenes from the Underground Book 3) by Gale Stanley is the latest installment in a steamy and engaging series. Recommended. FIve stars.

Speechless, Gale doesn&#039;t hold her punches. Fabulous writing, some uncomfortable scenes on a subject not often covered, well not in this context. Great characters, gritty scenes and erotisism all rolled into one hell of a roller coaster ride. It definitely keeps you on the edge of your seat, and turning the pages as you root for a HEA. Is there one you may ask? Well buy it and see for yourself. A book I highly recommend for those who enjoy MM erotica, bring on the next.

page turning story, it&#039;ll keep you reading and unable to stop. You&#039;ll love it and hate it... I screamed at the characters wanting to warn them or cry for them. Crazy good.

The Stableboy is book 3 from Scenes from the Underground. I&#039;ve been following this series and have been hooked from the beginning. There&#039;s sizzling chemistry, lots of conflict. It&#039;s such an emotional read and I really enjoyed Perry and Liam. Fantastic read!

Gale Stanley just set the bar higher with book three of this series. Perry and Liam are characters that stuck in my mind long after I finished reading. Learning about Perry’s past drew me into the story. I actually felt emotionally connected to both characters. The sex scenes were hot and I felt like they really pushed the story forward. The obstacles that threatened to keep the men apart seemed insurmountable. Did they get their happy ending? I’m not giving away any spoilers. I just hope there are more books coming in this series.

Book three is the best yet. I love Perry and Liam. They’re total opposites, but as time goes on you can see they belong together. But there’s so much standing between them, a happy ending seems impossible. Well, no spoilers from me. Read it for yourself. It’s a great story!