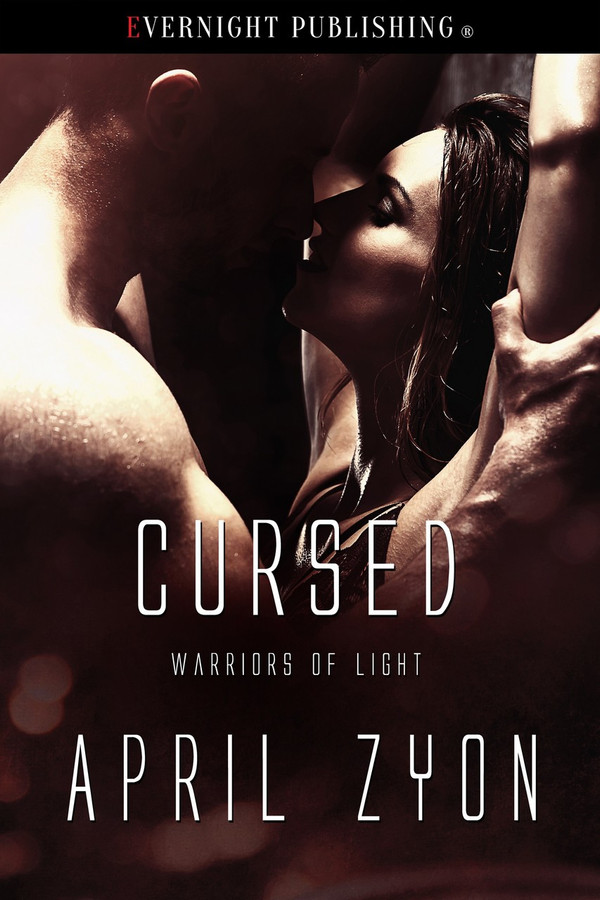 Krista Reins has the unfortunate luck of being able to hear the dead. While it's helpful for her job, it can be downright annoying in everyday life. She does her best to assist the locals, but stays as far as she can from the Feds. She couldn’t give them any answers that wouldn’t get her locked up in a padded cell, and she has no wish to be in one. But when Eric comes looking for her she wonders if her life is finally changing for the good, or if this is yet another sick twist of fate to knock her to her knees.

Eric Thorvaldsson knows that you get out of life what you put in. A warrior at heart, he also understands the beauty of a painting, the joy of music, and the pleasure of a woman. What he never expected was to find his woman right before the world went to hell. When the Darkness unleashes its forces to ensure they don’t walk away with the woman, Eric knows it might come down to an all-out fight to the death to keep her safe. And he has to keep her safe, she is his everything.

Getting home to the mountain will be a chore with a killer on Krista’s tail who is bound and determined to keep her away from her man. Krista and Eric will have to work together to keep one another safe from whatever comes their way.

Mercury was pacing around his office with a datapad in hand when Demaratus stopped by. Waving the other man inside, he kicked the door shut before moving to pace again. “This is not good,” he said.

Demaratus eased himself into a chair with a tilt of his head. “At least Holly has figured it out, what Helen was doing, and is working to undo it even now.”

He could see the worry in Demaratus’s eyes. Mercury knew that the men he guided wondered about him, about his history, and his story more so than not. But he was an intensely private person, always had been, and always would be. While he’d shared a bit with those that had been with him the longest of his past, and of his time before the first he’d brought back from the grave, he definitely hadn’t shared it all. Barely a scratch on the surface of the sun in comparison.

It was hard at times holding it all in, but he’d been betrayed too many times over the years by those he’d considered brethren to ever let out more than was required to assist them in their jobs. For centuries Mercury had yearned for someone all his own like Holly was for Demaratus now. Someone he could open up to fully, speak freely with, and someone who could help shoulder the terrible burdens he carried on a daily basis.

While he never spoke of his desire to have someone like six of the guardians now did, it didn’t mean the craving went away. He dreamed of the possibility nearly every night. Only recently had she begun to take shape. Mercury should have known something in the universe had changed. But to go so many millennia without made one blind to such small changes. The news Holly had just dropped on him, though, brought everything into crystal clarity.

Thinking back on his dreams, he realized it was only in the last four years that the woman of his dreams had truly shown a shape. Before it had always been a vague sense of something, or rather someone, meant to be his. Twenty or so years ago the dreams had begun to solidify, but truly the past few years were the important ones. She was of age, and adult as it were, in the world out there. What made him nearly sick was the thought of her alone, unaware of the dangers, and unaware that help was coming.

“Stop pacing,” Demaratus said, bringing him back to the present.

The hand he’d been rubbing his brow with fell to his side, and he stopped moving.

“I really hate it when you go all still like that,” D muttered. “Will you sit down and focus for a moment. You have to send someone out for this woman. I’m guessing you’ve already figured out who it’s to be.”

“Of course I have.” Mercury had known the moment Holly had given a name to the potential vestal virgin. Just as he knew exactly who to send for every single one of the others. It was part and parcel of the bonus package the goddess had given to him. It didn’t always make a hell of a lot of sense, but he went with it every time. Not once in all his years had he ever been wrong, even in the very early days long before technology had been a consideration.

“Are you planning on keeping it a secret, or sharing with the rest of the class?”

Not many realized that Demaratus was actually a sarcastic, snarky little shit on the best of days. But Mercury had known it from the first time the man had opened his mouth upon awakening from his death. Like it was only yesterday he could recall the man’s words. “If this is Heaven, I damn well want a refund,” was the loose translation in modern lingo, but it had been pretty fitting to the situation.

Mercury leaned back in his chair and let out a breath. He was too wound up. He knew better than to let his emotions run rampant. The consequences were not ones he ever wanted to have to live with again.

A knock on the door had him giving Demaratus a look. “It’s open,” he called.

“Mercury, you rang?” Eric Thorvaldsson asked as he sauntered into the office. He shot a grin toward Demaratus as he settled down in the other guest chair. “D, didn’t realize you were going to be here.”

“Impromptu stop by to see what thoughts the big guy had on the latest information Holly managed to dig up.”

“Oh? And what information has your little mate dug up?” Eric asked curiously.

“Holly’s gotten Helen’s program up and running with a few tweaks to start looking for the VV’s again,” Mercury said. “She’s found a potential in New Orleans. I need you to head there tonight. Robert is in the area, so I’ll have him meet you at the hotel.” Digging out a file from his desk, he passed it over. “That’s all that Holly sent me on Krista Reins. Your ticket and the hotel information are in there as well.”

Taking the folder, Eric settled back in the chair to read through the information, tucking the airline ticket under his chin as he did so.

“She’s a consultant for the locals,” Mercury said. “You’ll need to tread carefully with her. She’s not like any of the others to date.”

“She likely knows how to actually shoot a gun,” D muttered.

Mercury threw him a glance. He knew the other man had been working to try to train Holly in at least a few methods of self-defense. Demaratus had occasionally bemoaned about the woman being such a girly-girl. No one could argue that Holly was definitely a woman. Mercury had a feeling she’d yet to find the one thing that worked with what she already knew. She’d find it in time, and the upside was watching Demaratus grind his teeth.

“More than likely,” he said to both men. “I’ll pass along whatever other information Holly comes up with as she gets it. I told her to focus on Ms. Reins for the moment, that she was our immediate priority. You have a couple hours before your flight to get your gear together. I’ll have the chopper readied to take you to the airport.”

Tucking the ticket back into the folder, Eric got to his feet. “Roger that, boss man. Later, D,” he said to Demaratus. “And thank Holly for the impressive amount of information on the woman.”

Demaratus gave him a mock salute and waited until the door shut behind the man before turning his eyes back on Mercury. “So, do you want to talk to me about what Holly revealed to you?”

He knew that Demaratus was only trying to help. But when it came to the subject of Mercury’s potential mate, that was a closed, sealed, and permanently buried item. “No,” he said quietly. He did want to talk about it. He wanted to rage. He wanted to scream, and he wanted to hurt someone. But he knew he couldn’t do any of that.

“All right.” Demaratus got to his feet with a nod. “You know where to find me if you change your mind.”

Giving a vague wave of his hand, Mercury stared at the closed door long after Demaratus had left his office. Pressing his fingers to his eyes, he let out a shuddering breath. So close, so very close.

The sound of an object vibrating on his desk had him snapping a hand out to still it. Shit, he needed to get down to the gym and beat the shit out of something inanimate, and quickly. He was starting to lose control of the emotions he’d kept under wraps for so long. If he did that… No, he couldn’t think that way. Not now, not ever. Pushing to his feet, he headed for the door. A few hours of mindless activity would calm the worst of them down. It had worked before, and it had to now.

Ms Zyon had a rough book in the second book of this series ([[ASIN:B01B5C4D8G Revealed (Warriors of Light Book 2)]) but it has only gotten better since then. This was the story of Krista and Erik, I loved the interactions of the characters and the heat is off the chain! One thing that I have to say, I really hope that the next book is Mercury&#039;s book because that man needs his story to be told! I look forward to reading more about these Warriors and I am hopeful that the series doesn&#039;t end with the next book.