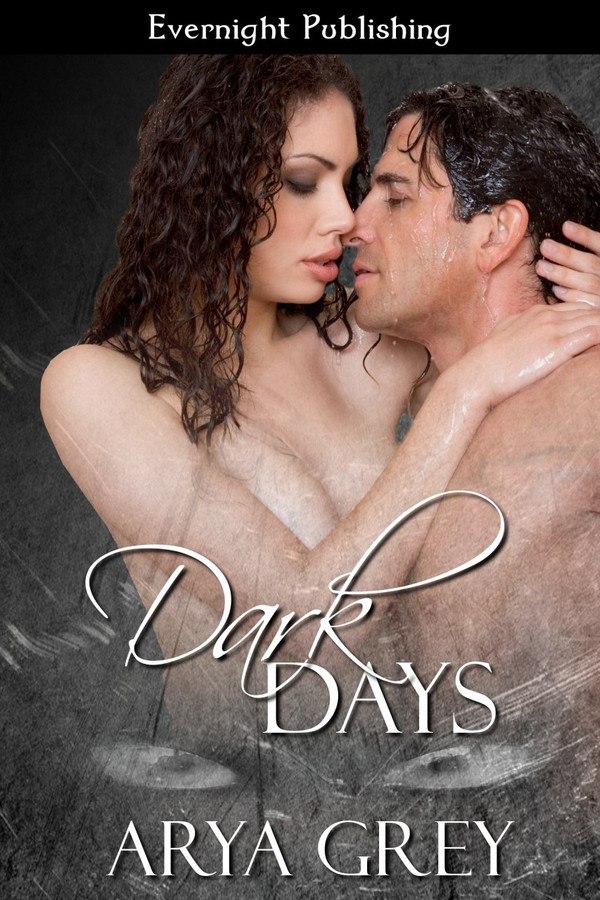 Regan Steele is a young stripper who has gone through life assuming she's the only one who can see and annihilate the demons that have plagued her since childhood. She certainly doesn't expect to meet another Hunter, let alone fall for his insufferable ass.

Wyatt Recker has walked the earth for most of his life. Alone. When he stumbles across Regan he knows his attraction to the girl can mean only one thing—trouble. But, he soon realizes that no matter his rules and regulations, he cannot deny her for long.

When the demon world shifts, stakes are higher than ever. Can Regan and Wyatt come out of it alive, or will their love for one another endanger them further?

The dull beam of the spotlight shone down on the small stage in the middle of the room. The glow of her long chocolate hair and crimson lipstick caught their attention first and then her arms and legs wrapped seductively around the pole.

"Gentlemen, Regan Steele." Beau introduced her over the microphone.

The music started. The low, gritty, sensual drone of a guitar consumed the room. She swiveled her ankle and twirled herself slowly up the pole. The thin material of her grey shawl dropped from her shoulder. She turned her head, just enough to tease the men with the allure of her eyes.

The man sitting before her seemed to enjoy what she was giving, but she didn't recognize his face. Regan had been working at Armadillo Lounge long enough to know every regular from this po-dunk town. There was something different about him. He was certainly robust, and she could practically smell the sweat and dirt from his skin.

His dark brown eyes were just visible under the low sitting Stetson. His black hair, dirty and full of grit, matched his unkempt beard. Regan found herself entranced; determined.

She slid down, twirling around the pole on her five inch ankle boots, and dropped the shawl.

The stranger shifted his weight in the chair and gulped the entire contents of his glass in one swallow, before moving his attention to the floor.

I don't fuckin' think so.

Rejection was not a word in Regan's vocabulary. She kicked the shawl at him using the tip of her boot.

Without lifting his head, his velvet eyes connected with hers, and she smiled. He gripped the shawl in his hands and lifted it to his face. He breathed in her scent and allowed a smile to creep up the corner of his mouth.

She turned around, holding the pole with both hands and bent forward, giving him the best view of her finest asset. Holed fishnets travelled the length of her legs, blending in with the black, studded thong that left very little to the imagination.

Just when he leaned forward, she snapped back, pressing herself hard against the pole. She parted her lips against the cold metal and moved her hand across her right breast, cupping it, before unfastening the strapless bra. She bit her lip and, still covering her chest, she lifted herself on to the pole. Using her legs for balance, she bent backwards and threw the bra at him.

He bowed his head, lifting his eyes to hers and then to the silver ends of the bars in each of her nipples.

He's not like every other redneck in this joint. A decent man is few and far between in this fuckin' town. The simple fact that he isn't howling at me like a dog is driving me wild. Male attention is what I'm good at and I'll be damned if I let the new guy shun me!

She pulled herself back up and stood freely from the pole. She spread her knees and dropped to the ground, grinding her hips to the music. She ran her hand down her face, dragging the black eye make-up and lipstick with it and tossed her hair behind her shoulders. Teeth gritted, she raised her hand high on the pole before twirling around it again, lifting her legs high and flipping her body upside down. She rolled her ribs and chest to the slow rhythm.

Her vision flickered for a moment. Her heart started to hammer against her chest plate. She scrunched her eyes tight, praying that it was just her contact folding over.

The music stopped and a low buzzing sound consumed her ears. Even with her eyes closed she could tell the dull light that shone on her was now gone.

God dammit! Not now! Why is it always at the most inconvenient fuckin' times?

Still upside down, she reached her free hand for the .44 magnum lying in the crumpled mess of her leather jacket on the floor.

She cocked it with one hand and flipped her body back over until she stood. The world, oblivious to all of this, had paused in time. Now all that existed was her and them...

A hundred tiny, gleaming white eyes stared back at her. Her gray eyes seemed pale in the darkness as she stared at her reflection in the mirror ahead, before looking down at them; not a single weak bone in her body. They squealed like slaughtered pigs and crawled on all fours towards her. Just the reflection of the moon against their wet reptilian-like skin was all she could see of their grotesque bodies.  A smile crept across her face and she said, "C'mon, you slimy sons of bitches. Show me your worst."

One leaped at her, claws extended, ready to rip her flesh apart. She aimed and squeezed the trigger. The bullet landed between its beady little eyes. Blood splattered and the creature exploded in a puff of smoke. The rest moved closer and she cocked the magnum once more.

Why didn't I bring the sickles? How am I going to take them all on when I have to reload?

But soon the eyes were no longer upon her. They stared directly below, where the stranger was sitting.  He stood from his chair and Regan nearly called out in shock.

Wait a minute...how in God's hell?

She heard a faint ruffling and they all leapt at once. The reflection from his weapon flashed before her eyes, gutting every demon as they sprang at him from all angles with such speed and accuracy that she felt she had to be dreaming.

The lights came back as well as the music. Regan stood, aghast, on the stage with the magnum still firmly in her hands. She ignored the quizzical looks from the patrons, even the glass shattering when it fell from Beau's shaking hand. She dropped her arm to her side.

The stranger's already dirty, floor length coat was covered in blood, as was his face. His profile showed a crooked nose and heavy bags under his eyes. He smiled at the corner of his mouth again, rolling a cigar between his award winning teeth. He struck a match and puffed until the smoke created a thick white trail, blowing smoothly until the ceiling fan sucked it up.

Full of excitement, passion, and strong characters, this book presented a new concept on demons and their hunters that I absolutely adored. The characters were feisty, funny, and full of attitude and will, and the story was invigorating! It had me wrapped around its pages. A great read.

Every Second Counts by Arya Grey