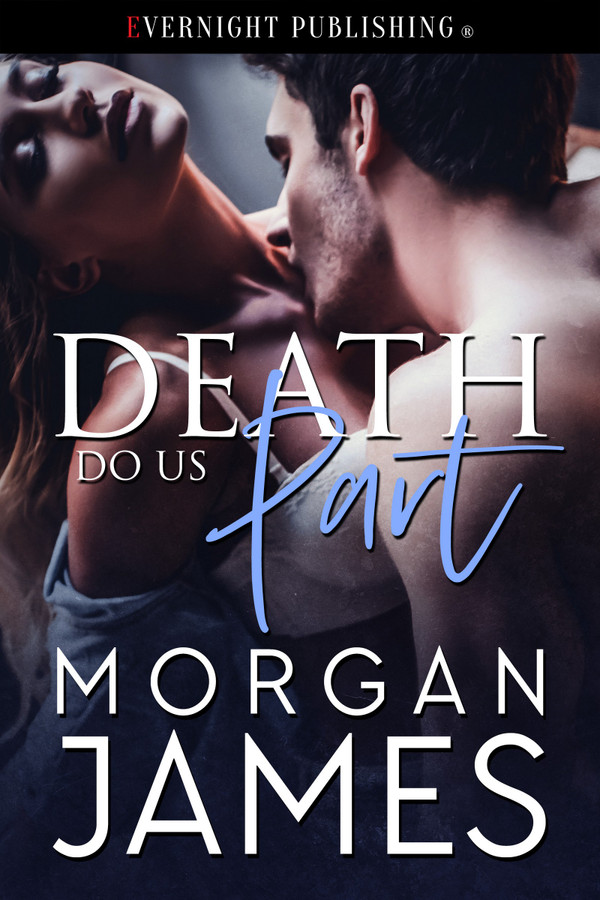 When the body of a second young woman is found in the local marina, Detective Nick DeSalvo recognizes what appears to be the work of a budding serial killer. Called away from the scene to investigate a theft at a local business, he meets the gorgeous owner, who takes an instant dislike to the brash, brawny detective.

Savannah Edwards has it all: she’s smart, beautiful, and the owner of a successful gymnastics facility. She unwittingly crosses paths with the killer, and he sets his sights on the young blonde.

Unable to get Savannah off his mind, Nick attempts to intervene when she begins to receive anonymous gifts and phone calls. Still distrustful of Nick and the feelings he instills in her, she pushes him away.

After a third woman kidnapped from her very own complex, however, he refuses to stand by any longer. Nick and Savannah must set aside their differences—and address the intense chemistry between them—before she becomes the next pawn in the killer’s evil machinations.

With a shake of his head, he wrapped one arm around Savannah’s waist and lifted her off the young man, who cowered in fear. Or maybe it was shame for being jumped by a hundred-and-ten-pound woman. Nick couldn’t decide which was worse.

“Let go of me!” She flailed her arms and legs around, trying to get him to loosen his grip. Like hell that would happen.

“Come on, Scrappy.” He directed his next words to the patrolmen who stood just feet away, watching the situation unfold with identical expressions of incredulity and amusement. “She’s mine, guys. I’ve got her.”

She had momentarily stopped squirming at the sound of his voice but now resumed full force. Her bright pink Nikes were a blur as they cut through the air, and he wrapped a second arm around her to block an errant arm that kept swinging dangerously close to his face. Nick strode into a narrow alley between two buildings. He dropped Savannah to her feet and grabbed her wrists before she could make good on her attempt to clock him.

“What the hell are you doing?” he ground out, glaring down at her.

She had the gall to look affronted and tried unsuccessfully to pull her hands from his grasp. “He stole my purse!”

“So, you thought it was a good idea to chase him down and start whaling on him?”

Savannah narrowed her eyes at him and realizing that she couldn’t free herself, shoved against him instead. “Well, someone had to do something.”

“I was doing something about it. I was crossing the street to come see you when he grabbed your bag and took off. It was all under control.” He loosened his grip and she pulled away from him, her back pressed up against the brick building behind her.

“Well, how was I supposed to know that?” she cried out in exasperation, throwing her hands in the air.

“Next time, leave this shit to the cops. Nothing in that purse is worth your life.” He ran a hand through his hair. “Seriously, they could have arrested you for assaulting him, regardless of the fact that he stole your purse. Hell, maybe I should have let them,” he muttered to himself.

Clearly, he hadn’t been quiet enough, because her green gaze bored into him like a laser beam. “You’re like a bad habit that I just can’t get rid of. I never asked for your help, you … caveman!”

The insult took him by surprise and he almost laughed. Instead, he advanced toward her, eyes locked on hers. Her confidence faded as she warily watched him approach. “A caveman, huh? Is that how you see me?”

“I… Oh!” Savannah let out a small gasp of surprise as his mouth descended on hers, hard and demanding. His hands slid down her back and over her bottom, exploring the sensual curves of her body before pulling her flush against him. He cupped her ass, lifting her to his chest, and she instinctively wrapped her legs around his waist. Leaning into her, he pressed her against the brick wall and wrapped a hand over the back of her head to protect her from the rough surface. He held her in place, angling his head for better access, his tongue penetrating the seam of her lips. Her mouth parted and he delved inside, tongue tangling with hers. Her arms slid around his shoulders and she sifted her fingers through his hair in silent encouragement.

Lost in the feel of Savannah’s lithe body wound around his, he’d completely forgotten they were in public, just a few feet from his fellow officers. He reluctantly gentled the kiss, sipping at her lips, and he gradually loosened his hold to let her slide down his body until she was on her feet again. Savannah blinked up at him owlishly from beneath thick, dark lashes, and her tongue darted out to sweep over her kiss-swollen lips.

His gaze dropped to her mouth, a primal satisfaction filling him at her response. She wanted him just as much as he needed her. He grinned down at her, breaking the spell. “How’s that for a caveman?”

Moss-colored eyes that just seconds ago had been glazed over with desire immediately filled with anger. “You’re such a jerk.” She placed her hands on his chest to push him away, and he reluctantly loosened his hold.

“I want you, Savannah. Next time, I’m not stopping with just a kiss.”

“There won’t be a next time.” She slid out of his grasp and stomped toward the sidewalk.

He chuckled. “That’s what you think.”

She turned on her heel, hands on her hips, verdant eyes on fire. “Do you have any idea how arrogant you sound?”

“You think pretty highly of yourself, don’t you?”

“Admit it, you loved that kiss,” he challenged.

One insouciant eyebrow lifted in his direction. “Whatever you think.”

“I think you loved it.” She opened her mouth to speak but he cut her off. “In fact, I know you did. You just didn’t want to like it.”

She shook her head and he stepped close, tucking a finger below her chin and lifting her gaze to his. “You can lie to me, baby, but don’t lie to yourself. You know you want me.”

She stood stubbornly silent for several seconds and his gaze raked over her body, swiftly drinking her in from head to toe. Fire simmered low in his belly. “You’re just prolonging the inevitable, you know.”

His hands skimmed down her back, settling low on her hips as he eased her into his embrace. His arousal strained against the material of his pants, and he guided her to him, pressing her body close. “See what you do to me?” She shuddered in his arms but didn’t pull away, and victory surged through him. He dropped his temple close to hers, lips grazing her ear as he spoke. “Say it, Savannah. Tell me you want me.”

So enjoy reading her books. Keeps you on the edge of your seat and can’t put the book down. Love the romance and the suspense. Absolutely a good easy read. Can’t wait for the next book.

The chemistry between Nick &amp; Savannah simmered throughout the book. I found myself chuckling a few times from the humor. Add in a psychopath, and you&#039;ve got yourself a great story. I look forward to more books by this author!