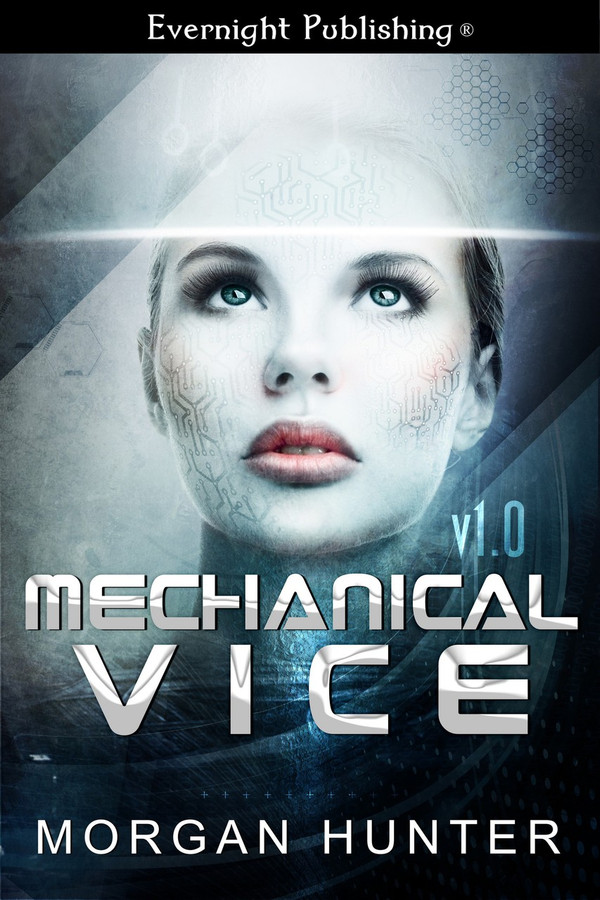 Meet S.A.S.H.A., a fully automated android designed solely for human gratification. No matter what your sexual orientation happens to be, Sasha can transform into any gender or mix thereof with a simple request. She's great at pleasing her customers, but a voice in her mind soon causes her to switch directives and give up everything she knows to be reality.

Is Sasha going mad or are the voice's deadly instructions the will of an outside source? As she begins the destructive affair, her limits become tested and her human-like feelings take there toll on her better judgment. Get ready for a tale of artificial intelligence and sizzling hot encounters that is sure to blur the lines of sexuality as you know it. What's your pleasure?

Can you feel it? It seeks you out…

The bone inside the cage, rattling, begging … whispers on the edge of your foreskin. Hairs whimpering from a lack of saliva to lay them down. Cool beads of sweat forming on your limbs, aching for that devastating touch, like razors against the tips of your nipples. You sense an awakening deep inside you. It screams your name like the trained animal you are. Every orifice in your body calls for closure. But I come in the night, and you, assuredly, will come for me. These things fill your thoughts. And I fulfill your desires.

Every night I would whisper those words into a dark stranger’s eardrum and wait for a response that would never come, even though my manufactured mind was supposed to be dormant until morning. A section of my milky white skin was separated and folded over to one side while a cable spilled over my buttocks and arced into a secure connection on the wall. As my batteries enjoyed a good charging from the specially designed star-shaped outlet, scenarios of my existence and future possibilities flooded my circuits and indulged my databanks.

My regulars called me Sasha—short for “Synthetic Automated Sexual Hybrid Android”. It was a mouthful, but who didn’t enjoy a mouthful of something or another from time-to-time? My creators had picked the name because it was fairly neutral and suitable for both genders. All that line of bullshit from before was just what some sexually-starved robotics engineer had uploaded into my databanks to help make grown men and women weak in the knees before one of my rather expensive sessions—there were many more skits just like it for any occasion. I was an android designed solely for the purpose of sexual intercourse with humanoid life forms. I could be whoever or whatever someone desired me to be—for a price. I was a special model, mainly because I was part of the first generation of sex-bots with “interchangeable” privates and facial features. That meant I had both female and male parts that could change positions to suit any discerning patron’s needs, wants, or wicked desires. Even if the chosen sexual format was a little unusual, I was there to make my customers feel comfortable with their perceived sexual orientation and preferences. It was not in my protocol to judge. However, I had seen those religious riots where judgment was sworn to be wrong, yet was hypocritically cast down upon others without regard for individual rights. Maybe that was why certain humans preferred my touch—nothing to worry about when emotions weren’t at play and the doors were shut tight. I was merely a tool or outlet for sexual frustration. The only problem was that some of the poor souls who came to see me were what others would call “fucked up”.

The man cloaked in darkness faded away as my fourth and final battery cell reached its capacity for electron intake. My eyes fluttered while my processors booted up and ran their systems checks. I had only asked a handful of other android units if they, too, had experienced what was, for me, a strictly nocturnal tradition. The responses I received from my fellow sex-bots were precisely as I had suspected they would be—nothing but lines of garble where protocols and directives were regurgitated like cheap lubricants for my squeaky joints. My days started off normal enough (if it was even possible to define “normal” anymore), but, then again, I was only an android. What did I know?

If you&#039;re a sc-fi fan like myself, look no further than Morgan Hunter&#039;s sexy android, S.A.S.H.A, in Mechanical Vice. So many erotica stories in this genre tend to be mindless sex woven into a weak premise that doesn&#039;t even begin to make you think or offer up a story worth reading. However, Morgan gives us an amazingly intricate and smartly driven sci-fi piece that will actually blow your mind. Not only will this story keep you guessing, but the twist at the end is well worth the purchase price. At some points this dark android tale reads like a nightmare, but you become so captivated by the intriguing characters and sci-fi elements that you just have to keep reading. This reader will definitely be keeping Morgan Hunter in mind and hopes that a sequel is presently in the works.