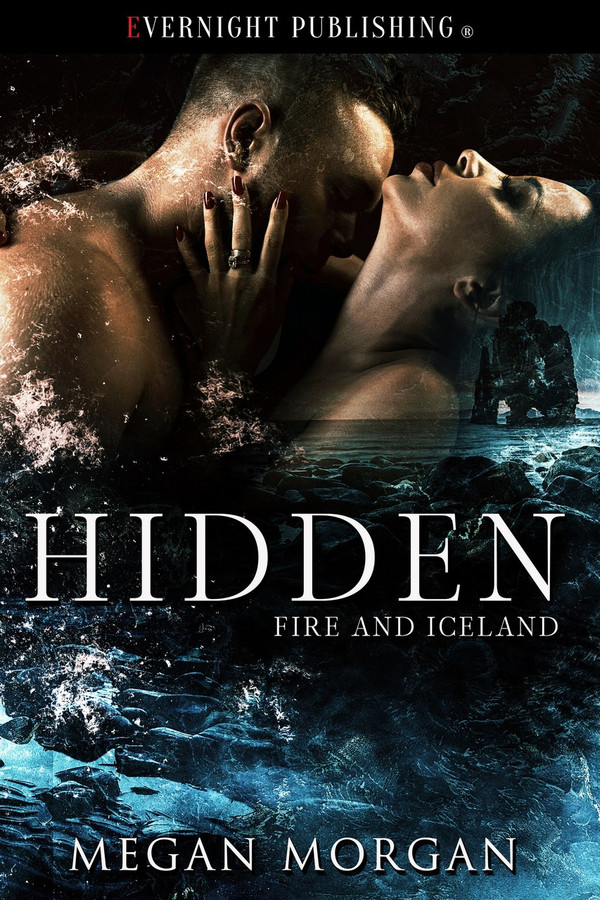 After a breathtaking journey through Iceland, Vanessa Evanston finishes her dream vacation with her two best friends in the capital city of Reykjavik—and wakes up the next morning on the ground, on a tiny island 250 kilometers north, with no memory of how she got there.

Luckily, handsome and kind-hearted local Gunnar Heimirsson stumbles upon her—unluckily, he can’t explain her mysterious journey either. Nor can anyone explain why Vanessa soon discovers “last night” actually happened a year ago, and everyone thinks she’s dead.

Iceland is known for its folklore, but beyond the elves and mountain trolls, there are other creatures: beautiful, powerful, and vengeful, known as the huldufólk. Gunnar has been alive for a century, trapped by their curse after angering them. From the far flung Westfjords to the black sands of Reynisfjara, the answer to Vanessa’s missing year might be connected to Gunnar’s punishment—as well as his long-lost wife, Hera—but the truth lies somewhere in the realm of magic, myth, and love, and Vanessa has only just discovered fairytales are real.

She got up from the couch, grabbed her pillow and a blanket, and padded down the darkened hallway. She knew the door for the bathroom. The others were open, except for one. Hugging the pillow and blanket, still feeling like a little kid, she timidly knocked.

She heard movement inside the room. The door inched open and Gunnar peeked out. “What’s wrong?”

“I know this sounds dumb,” she said, her voice trembling and tears burning her eyes, “but I’m really, really scared right now. I don’t want to be alone.” A tear streaked down her cheek. “Can I stay with you? I’ll curl up in a corner or something.”

He opened the door fully, and the worry in his eyes faded. “It’s not dumb at all.”

She was momentarily distracted from her distress as Gunnar was shirtless, and his clothes were cruel for covering him up prior to this. His chest was broad, his shoulders wide and the rest of him beautifully toned. Combined with his tight, flat stomach—which she’d seen already—he looked like a damn fitness model. He wore sweat pants as well, which hung low on his hips.

She struggled not to stare. His hair was a mess and he looked soft and huggable. Or rather, climbable.

“Come in.” He stepped back so she could enter the room. “I won’t make you sleep in a corner.”

She walked in. The room smelled like him, like her t-shirt: a manly, musky scent with a touch of his fruity cologne. It was small and contained a double bed with a tall wooden headboard, a vanity-dresser combo, and a TV, next to a closet with a folding door. Across from the bed were two windows, the curtains open. The view looked out on the hills behind the house. She wondered if he left the curtains open to keep watch.

“Um.” He brushed against her as he stepped around her. “I’ll sleep on the floor, you can have the bed.” He started dragging pillows off.

She hesitated. It was his bed, and she had no right to run him out of it just because she was a scaredy-cat. “It’s big enough for both of us, I don’t mind.” She wiped her eyes. “If you don’t mind.”

He paused in removing the pillows. His eyes gleamed in the dim light. “Are you sure?”

She nodded and walked around to the other side, still clutching her blanket and pillow. “You’re a gentleman, aren’t you?” She managed a smile. “And I think I’ll be more likely to get some sleep if someone is close by. Especially someone who knows about … them. And how to fend them off.”

He tossed the pillows back on the bed. “I wouldn’t be in this situation if I knew how to fend them off.” There was humor in his voice, but it was dark.

She crawled into bed. “Just let me pretend.”

The mattress was soft, and she wrapped herself up in her blanket—not because she worried he would touch her, but because she felt safer in a cocoon. He crawled in beside her and slipped under the blanket that was on the bed. There was enough room they had a few feet of space between them.

She wondered if he’d chosen a big bed so he had room for female visitors. One couldn’t live a hundred years without some fun.

“Try to rest,” he murmured. “Don’t worry, they’ve never entered this house before.”

The faint blue light traced the sharp lines of his face, his hair soft against the pillow, eyes glittering. The bed smelled even more like him and it both comforted and distracted her.

“In any case…” He rolled his head so he was staring at the ceiling. “I think she made it perfectly clear she has no more words for us. They won’t try to make contact again. We won’t see them.”

She glanced at the windows, looking out on the murky twilight. Rain spattered the glass.

“Is that why you have the curtains open?” She snuggled down in her blanket.

On holiday In Reykjavik Vanessa goes out for a night with the girls, then wakes the next morning on an island in the middle of nowhere. She has no idea what happened after she left the bar the previous night, nor how she got to this place. Two local men find her and take her to their home. Things go from bad to worse when she finds it has not been a night but a year since her night in Reykjavik. Vanessa feels she is losing her mind when she discovers one of her hosts is about 125 years old. They reason the invisible Huldufólk are responsible for all their problems. Now Vanessa has to work out how to get home to America and rejoin her family and friends. This book is very well written and captivated me when I began to read it. First it seemed to be a mystery of who had taken Vanessa and brought her to this island, but as the story unfolded it turned out there was much more to the story than I first thought. Gunnar is reserved but a spark of interest is there between them. His story of how he has lived so long seems to be a side story to set the scene, but again there are hidden depths to this. Despite her situation I liked the way Vanessa took charge of her own destiny and convinced Gunnar and his friend to help her. I’m not going to spoil this for future readers, but the ending is totally unexpected and has a Wow factor. Definitely worth a 5 star rating.