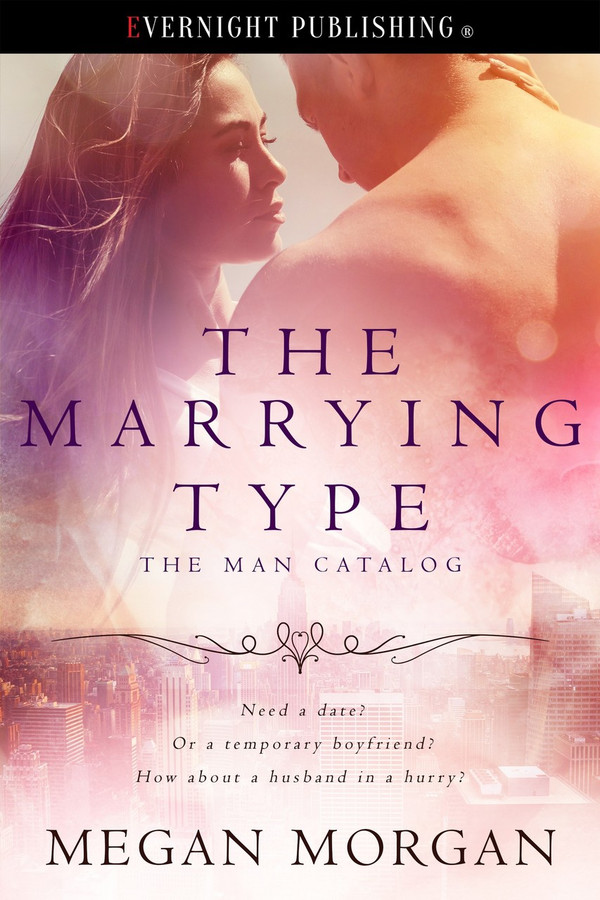 Libby Dawson has spent her life under the crushing thumb of her controlling father. She wants to escape, which would be easier if she had her half million-dollar trust fund first. However, she can’t have it unless she’s married by twenty-three—six months from now.

Blaine Parker is a savvy but disillusioned stockbroker. Tired of the cutthroat business world, he’s used his genius financial skills to secure most of the funds to retire by thirty. He just needs one more investment to get out forever—and he doesn’t mind selling himself for it.

Brought together by SASS, Libby and Blaine make a complimentary team. However, attraction and emotion—including love—isn’t a promised part of the deal. They soon discover it’s just a bonus.

“I always thought my wedding day would be a little more magical.” Libby fluffed her dress sadly. “I thought I’d look like a princess and be in a church with all kinds of flowers and candles and they’d play the wedding march as I walked down the aisle and—”

“Stop.” Kellie fussed with the pins in Libby’s hair. “This is more important than a princess wedding. Soon you’re gonna be a half-millionaire and you’re going to change the world and never have to see your dad’s stupid face ever again. How is that not magical?”

Libby looked at herself in the full-length mirror. They stood in a drab, bare room in a dingy corner of the courthouse. A couch sat behind her, a coffee table in front of it, with a tray of cookies and candy. That was the extent of Libby’s bridal shower, which incidentally, was taking place immediately before her wedding. All very quick and convenient, and the only guest was Kellie.

Libby sighed. “I just thought it would be more impressive than this, you know?”

She wore her new white dress, and it was acceptably pretty, even if it wasn’t an actual wedding dress. More like a prom dress, or a bridesmaid’s dress. The top was formfitting silk, cinched at the waist, with a calf-length lace skirt embroidered with silver thread. The top had sleeves, which were made from sheer fabric so they were see-through. She also wore a pair of chunky white heels with straps. She wasn’t good on heels, but she was trying to stand up straight and proper.

“This isn’t a real wedding.” Kellie continued to work on her hair, which was pulled up in an elegant knot, with curls that spilled down to her neck. “I mean, you’ll get married for real someday, to someone you love.” She looked at Libby in the mirror. “In a church and stuff, with flowers and a princess dress.”

Libby took a deep breath, which made the bodice of her dress tighten. She’d made sure it wasn’t too sexy, since her father would be there. You weren’t supposed to be sexy on your wedding day anyway, right?

Kellie wore a green silk dress, like the ribbon on Libby’s present from Blaine’s mother, which incidentally, was also her favorite color. Kellie was her only bridesmaid and maid of honor all in one.

“Blaine seems really nice.” Kellie brushed her fingertips across Libby’s cheek as she scrutinized her makeup. “I mean, I only met him for a few minutes earlier, but he seemed really cool.” She grinned. “And even better-looking than in his picture.”

“Yeah, he’s nice.” Libby played with the tennis bracelet on her wrist. She loved it. “He played my father so well, said everything he wanted to hear, stroked his ego, acted like he wanted to own me and tell me what to do—it almost seemed real.” She frowned.

“That’s a good thing, right? I mean, you gotta make it look legit.”

Libby thought of Blaine holding her face, the worry in his eyes, the guilt in his expression. “It wasn’t real though, he was just acting.” She chose to believe that. She had to believe that. If he turned out to be as much of a monster as her father, this whole thing would be a disaster. She wouldn’t be able to bear it.

“You’re doing the right thing, Libs.” Kellie walked to the couch and grabbed her makeup bag. “Once you’re married, your father can’t control you anymore. And once you got that money, it’s bye-bye Daddy.” She wiggled her fingers.

Libby still didn’t believe it would be so easy. But it had to work—after all she’d gone through, after all she’d done. If it didn’t work out, she wasn’t sure what she’d do, or where she’d land. She could only imagine how bleak the rest of her life would be if she failed and had to answer to her father.

She looked at her nails. Kellie had taken her to get them done and they were shiny with French tips. She’d never had her nails done professionally before.

“Just focus.” Kellie dug through her makeup bag. “Focus on the future. One step at a time, you’ll get to your goal. Be strong.”

Something ate at Libby though, something that kept poking at the back of her brain. She couldn’t shake it.

“I saw something weird that night, after dinner, when we were all leaving.”

Kellie walked over, compact and brush in hand. “This whole thing is weird, Libs. Here, let me put some more blush on. You look pallid.”

Libby let her apply it, though she was sure her father would say she was made up like a whore. She recalled again the envelope Blaine had passed to his father. Maybe it was nothing. Maybe it didn’t matter. Still, it stuck in her head for some reason. Kellie would probably tell her she was being paranoid, and really, it didn’t matter. It just didn’t matter. In six weeks, this would all be behind her. She simply had to hold on until then.

“Yeah, this is definitely weird.” She stood passively as Kellie worked on her. “But I can’t stop now.”

Kellie finished getting her ready and handed her the bouquet they’d made together: white roses and lilies, and a few pansies for color. The arrangement looked nice. Maybe like a bouquet a princess would carry at her wedding.

Kellie turned her toward the mirror and smiled over her shoulder. “Today is the first day of the rest of your new life.”

I read the blurb on “The Marrying Type” and I just had to see how a business arrangement became a love affair. What I found was a terrific story. There are secrets that may break the fragile trust between Libby and Blaine. There is a controlling father with outdated ideas about women. This story kept my interest as I journeyed along with Libby. I loved how unexpected allies showed up. This story felt like a combination of an outdated romance and a modern day one which is hard to do but Ms. Morgan accomplished it through her characters. I really enjoyed this story and hope to read more about SASS. The Story: Libby wants the money she is sure her father will give her if she’s married before she’s 23. Her father thinks that higher education is wasted on women and if they do have to go to college they should study to be a teacher. The problem is, Libby doesn’t want to be a teacher. She wants to study science and design something to help people get clean water. A friend suggests she try SASS, Singles Arrangement Service Specialists, where she can basically buy a husband. Can this work, or will she be found out?

When you get more than you bargained for... Libby is in a pickle. She&#039;s dropped out of college with a plan to bring clean water to places in the world that need it most. It&#039;s an admirable endeavor and a challenging problem to solve, but she&#039;s sure she can do it. Unfortunately, the funding she needs to get the project off the ground is currently being held for ransom by her father. He&#039;s incredibly old-fashioned and would never agree to letting her use the money for her work and school. The solution? She has to get married. And quick. That&#039;s how she&#039;s found herself forking over thousands of dollars to an agency that specializes in fast and fake marriages. The idea is simple. Libby gets hitched to this stranger and they pretend the marriage is real for a few months, until she has her trust fund in her grasp, then she&#039;s free to end the arrangement. Falling for her fake husband, however, was not part of the deal. Blaine has a problem too. He can&#039;t seem to help but fall a little more in love with his new wife each day. It&#039;s not supposed to happen, especially since he knows that this situation is temporary. But seeing Libby fit so perfectly in his life--and his bed-- is making the waters of this false relationship turn muddy. But if the two of them don&#039;t solve Libby&#039;s trust fund problem, neither of them will get what they want from this surprisingly real fake marriage. I&#039;m starting to really enjoy these fake relationship romances. I have to say that they are quickly growing on me. There is something awkwardly adorable about two people falling in love with each other while pretending to actually love each other. It makes for a lot of funny moments and nice sexual tension. This is the first of a new series where this will be the theme and I just can&#039;t contain my excitement for even more of these stories to come. Even better, this is from one of my favorite authors, so I have even higher hopes that this will be a hit! So far, I&#039;m correct on that prediction. This story may have shared a theme with other books, but that&#039;s about it. The characters were not the usual rich boy with an attitude and girl down on her luck who is in awe of his many &#039;assets&#039;. The hero here was realistic and compassionate. Our heroine was a hard-working woman with an ambitious career in mind for the future. The pair were a great match and I loved both characters from the start. The romance was steady to build and steamy. The scenes with Libby&#039;s way overbearing father were tense and left me on the edge of my seat. When the conflict happened, I felt terrible for the pair, but it had a great ending. This was one couple who really deserved their happily ever after and definitely earned it by the last chapter. I would still like to give Libby&#039;s father a good slap. No lie. That man made me want to throw my Kindle right at his fictional face. In closing... I am curious to see who will be the next customer to employ SASS&#039;s services. Five stars!