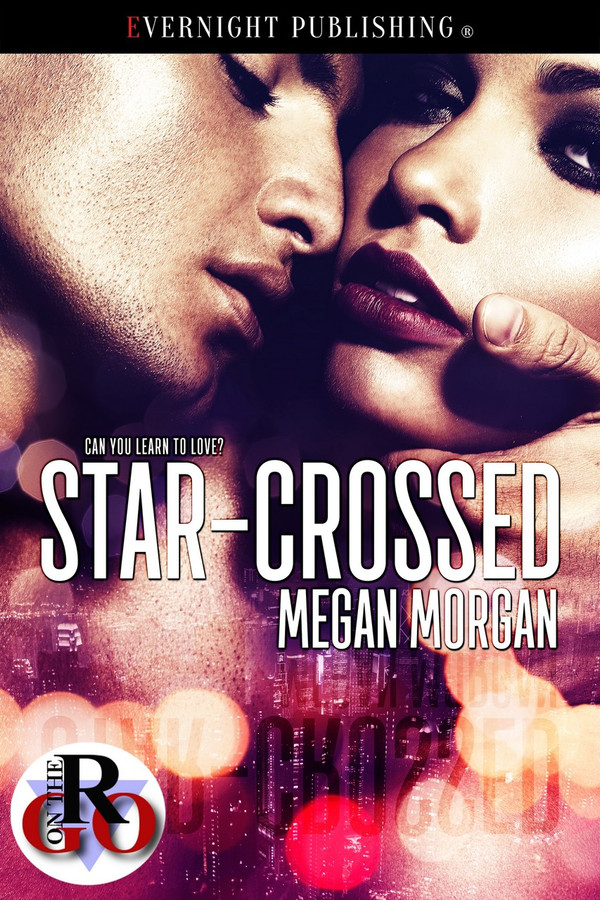 Romance on the Go ®

Gentry King always knew he’d find his mate someday—all werewolves do. But when he stumbles upon her in the flash and glamour of Beverly Hills, while taking a sabbatical from his pack, he’s more than a little dismayed. A foul-mouthed, abrasive club bunny punk girl was not what he had in mind for eternity.

Starr Montgomery left her small town to follow her dreams of being an actress in Hollywood, the typical story. What isn’t typical is discovering she’s a werewolf’s mate—a stuffy, pragmatic werewolf at that. Despite a physical attraction they can’t fight, their hearts don’t seem to connect.

How can you spend forever with someone you don’t really like, even if the sex is great? Can you learn to get along? Can you learn to love? Figuring out those answers is paramount, since neither of them can escape fate.

Fucking brat made me start smoking again. Only took two weeks of knowing her. Gentry took a deep drag of his cigarette. When he exhaled, the billow of smoke mixed with the low-hanging haze beneath the club ceiling. Made up of one part fog machine and a million parts evaporated sweat and cheap cologne, the haze smelled acrid and coated his tongue. Technically, he couldn’t smoke in bars. Technically, some of them didn’t care, as long as the actual cops didn’t pay a visit.

His gaze, leveled over the top of red-tinted Gucci wire frames, stayed fixed on the center of the room, where a mass of shimmering, gleaming, sometimes glittery flesh writhed to the rhythm of the music. The song was hard and sexy. The hour was late and hardly anyone wore shirts, including some of the women.

Gentry had arrived twenty minutes ago and took up a perch on the last vacant stool at the bar. He ignored the random jostles, the smiles from drunk women, and one chick who asked him between slurred giggles what kind of fabric his shirt was made of while pawing at it. He’d given her a “not interested” frown and pulled away before she could sense what he was. Werewolves were allowed in public spaces, but they made people nervous, especially this close to the full moon.

Twenty minutes. That was how long it took for the brat to notice him. She marched in his direction, the blaze in her eyes informing him that he was dead meat. He smirked and pushed his glasses up his nose so he could look at her through a fiery filter.

Starr’s auburn hair spilled over her shoulders, straight, thick and layered, with a blonde streak down one side. Her black tank top was tied above her navel and showed off the flat, tanned plane of her stomach. Gold bracelets flashed on each wrist. Her jeans were—just barely—held up by her sleek, narrow hipbones. Even when she was pissed off, her hips swung when she walked like they were on pivots. He already knew from experience she couldn’t hold those things still in any situation.

“Are you stalking me, asshole?” Starr shrieked loud enough to be heard over the thump of the music. “How many times do I have to tell you to fuck off?”

“I told you, can’t do that. You think I want to be chasing you around all over the place? I don’t have a choice in the matter. So why don’t you stop going out and flirting with other guys?” Maybe, part of that wasn’t jealousy toward her so much as jealousy toward himself. How come he couldn’t bring himself to flirt with another woman, but she was still able to mingle?

Well, stupid, she’s the human one.

She sneered. “What, you think I’m going to marry you or something? I hardly know you.”

He flicked his gaze over her body. They knew each other well enough. The desire was stronger than anything else, the lust hotter than what could be denied, and only getting stronger the closer he got to his transformation.

“I don’t want to follow you around. I could be somewhere having a good time with my friends. But knowing you’re out here, with other guys…” He curled his fingers against his thigh, the phantom ache of claws pushing at his fingertips. “I can’t help myself.”

She looked at his hand, then back at him.

“You gonna wolf out? I want to know, so I can clear out. Not trying to end up in prison with you.”

He shook his head. “Just leave here with me.”

Gentry took a swig from his bottle. His gaze wandered back to the dance floor. The tall, wiry boy she’d been dancing with stared in their direction, dark hair in his eyes. Frowning. Watching Starr and glaring at Gentry at the same time. If Gentry stood up and stalked toward him, or even let the vapid young thing get a good look at him and realize his nature, he would probably piss his pants and dart for the nearest exit.

“You trying to pick him up?” Gentry asked.

“Fuck off, all right?” She grabbed his beer, took a drink, and handed it back.

He glanced at the yellow wristband hidden amidst her bracelets and smirked. She flounced back toward the dance floor, hips swaying. Then she stopped and came back.

“You told me you quit smoking.” She snatched his cigarette as well and departed with it. She yelled over her shoulder. “Quit following me!”

Gentry leaned against the bar and watched her work her way back into the crowd. Dark-haired boy didn’t seem impressed. Her lower back gleamed with sweat and had a smudgy hand print across it. He lifted the bottle to his lips and licked her spit from the rim.