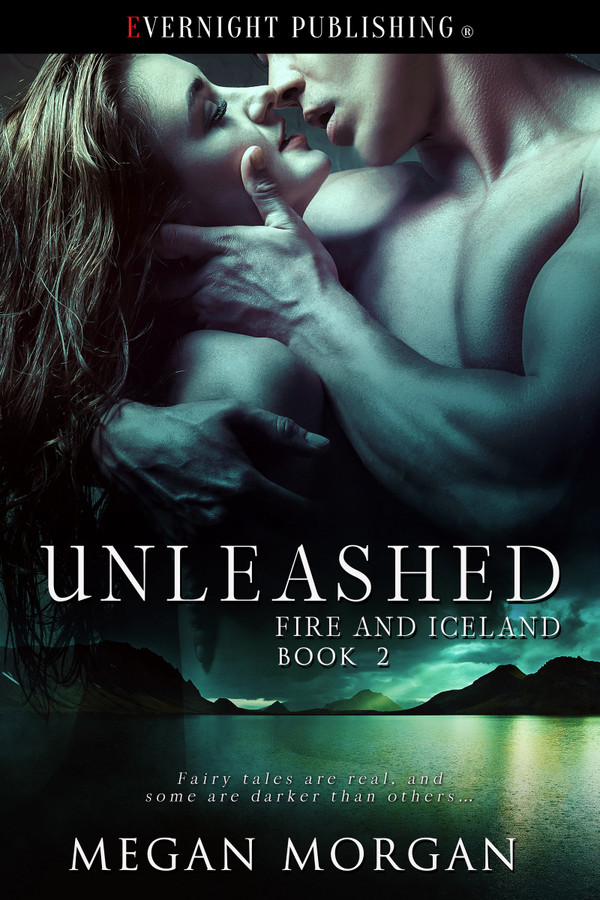 Fairy tales are real, and some are darker than others…

Two years have passed since Hera Ívarsdóttir left Iceland, to wait out in safety the century-long curse put on her husband Gunnar by the huldufólk. Now, with the memory of dead American woman Vanessa Evanston trapped inside her, Hera is returning to her home and her husband—but she doesn’t intend to live in peace.

Hera has a plan to get revenge on the huldufólk. She believes by raising the landdísir—protective female spirits enshrined in Iceland’s Westfjords—she can crush their ruling Council. However, trading one devil for another may not be the best course of action, and allowing herself to be consumed with vengeance leads down a bleak and lonely path.

Beyond her all-consuming desire to make them pay, Hera learns there are more important things in life: the love of a man who suffered with her for a hundred years, the power of family, and protecting the memory of the innocent woman inside her. In the end, Hera will have to decide what she wants more—destruction or deliverance.

Gunnar yanked it out and stood, holding the brick between his hands. One end was completely crumbled, and only half of it was there, but it was undoubtedly one of the bricks from their fireplace. The ones around the hearth were black with soot, but the outer ones had been that color, like dried blood. She touched it, the fibers of her glove catching on the rough surface.

“We’re home,” she whispered. “After all these years.”

Gunnar slipped an arm around her and kissed her cheek. His face was cold, but warm tears mingled with her own. It was almost as if, then and there, in the dark winter night, the old walls rose up around them. The roof steepled above their heads. The air filled with the scent of woodsmoke from the fire mingled with the scent of cooking. She could even hear the wind rattling the windows as it fought to find any crack to get in. Lamplight flickered across the floorboards. Though there was electric in houses in Vík at the time, it didn’t run out to the country where they were.

“I can’t believe we found this,” Gunnar whispered against her temple. “I’d have thought someone would have dug up the foundation by now.”

She wasn’t surprised, if the field was just used for sheep. There wasn’t much farming out here and the field wouldn’t need tilled, even if it was cleared for pasture. She was more surprised ash hadn’t buried it by now.

But the brick sat red and bright in his hand, a reminder that miracles could exist. The earth didn’t always swallow everything, as it had her.

She slipped away from him and turned. The walls moved around her, memories passing before her eyes. She walked slowly across the snow, across vanished floorboards, the vision of a doorway looming ahead of her.

She stepped through the doorway and stopped. She stood now in their kitchen. To the right was an iron stove with a black pipe that passed through the wall. In front of her was a table with a woven white tablecloth, that her mother made for their wedding.

She looked to the ground and saw the huldufólk—she didn’t even know if it was a man or woman—with the knife sticking out of their throat. The hideous shrieking and the flow of blood, pumping across the rug in front of the basin. The rest of them looked on in horror, shrinking back and making her think, for a moment, they were so afraid they would flee. How many had there been? She wanted to say two more, but maybe it was three. One of them was Yngvi. It all blurred.

It was she who fled, not them. She looked up, toward the door that led out into the night, the wooden one with the heavy latch. She tucked blankets in the gap at the bottom to keep the cold and snowflakes from getting in. It faced the distant sea and cliffs, where she ran, trying to lead them away from her husband.

“Hera?” Gunnar crunched across the snow behind her, and the vision faded. The walls sank back into the earth and the screams faded on the air. The cold seeped beneath her clothes again and made her cheeks burn. The night was empty, apart from them, alone, in the field with their little lights.

“This place is haunted,” she murmured, as Gunnar stepped up beside her.

It was not the dead who were the ghosts, though. It was the strangely, impossibly still-living: they the only specters who drifted through this icy black winter landscape, the breathing, whispering memories of a past that had gone silent with the plunge of an iron blade a century before.

Unleashed by Megan Morgan is an awesome story that I have read. This is book number two in this awesome series that I have loved reading very much. I highly recommend this story to everyone who loves reading about romantic suspense and paranormal romance. I received a free copy of this book via Booksprout and am voluntarily leaving a review.

The second part of Hera and Gunnar’s story is full of revelations. Hera is intent on destroying everything in her path, even herself. There are some steamy sex scenes but it is not the focus of this book. There is so much adventure on the pages. While it closes the chapter on Hera and Gunnar, I do think it’s not the last for Aedan. I received an advanced copy of this book and voluntarily chose to review it.