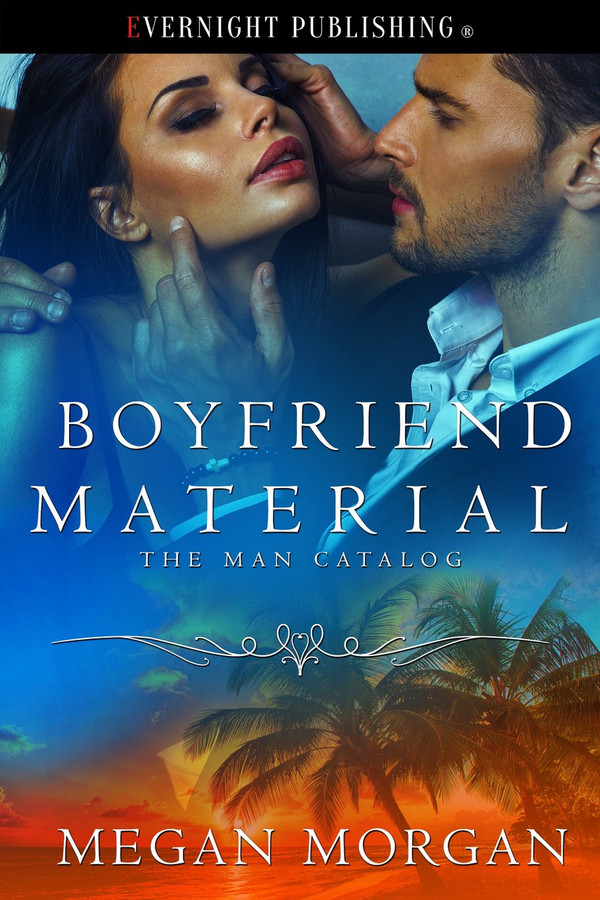 Grace Bennington used to live the good life: from cocktail waitress to the heights of society via a rich husband, it all came crashing down when he went to prison. Now, she’s left alone with their elitist friends—wealthy, contemptuous sharks circling her as she drowns. During a weekend in Barbados, she needs a hot man on her arm to save face.

Tybalt “Ty” Rossi is a Greek-Italian store owner trying to make ends meet. One of the ways is to sell his services to needy women. Being dumped in the same pool with a bunch of sneering snobs is a job hazard he’s not prepared for, but at least Grace and Ty connect on a deeper level—and they’re going to need each other’s help to stay afloat on this trip.

Ty opted for a sexy-causal outfit for the flight: the most expensive jeans he owned—and they did amazing things for his hips—a formfitting white t-shirt with a scoop neck, and a slim, tailored gray blazer. The look was stylish but also catwalk-model sexy, which seemed to be what his client wanted of him. He slipped on a watch and simple gold chain, boots, and spritzed himself with his designer cologne, the stuff he only wore for dates. Some of the money he made had to be invested, too.

He checked himself over in the mirror as he worked his hair into an equally stylish knot at the back of his head—the fabled man bun. “Way to look like a hipster,” he murmured.

But the client was always right. He could take on any look they wanted.

On his way to the airport in the back of a cab, he psyched himself into the headspace he’d need to stay in all weekend. When he’d first started going on dates, he was anxious and nervous, and as a result he overcompensated. He’d learned quickly that what women wanted was a man who didn’t seem phony, like he was just there to collect a check. He did his best to forget about himself and focus on making the woman feel comfortable, engage her in conversation, and listen. Eventually, he’d figured out “the persona.”

Part of the fantasy was making the women believe they were dealing with a suave, sophisticated man of the world, not a working-class grocery store owner from Bensonhurst. By the time the cab pulled up in front of Departures, he was in the mind of that guy, that cool, confident alter-ego he’d created for himself. He climbed out and closed the door on his real life, and stepped into the world of refinement, money, and luxury.

He’d only gone on one date-trip before, to Canada, and he’d had fun there. Mostly, he and his older but charming companion hung out in casinos and went sightseeing. She liked to dance and talked often about her late husband, especially when she drank champagne. He was looking forward to checking out the tropics this time, maybe having a little touristy fun in addition to playing his part.

He walked into the terminal, stopped inside the doors, and looked around. The place was filled with early morning travelers. He scanned the crowd for the woman Monica had described to him. Usually, they met beforehand, but she was in a hurry and apparently had just picked him out on the spot—not that he was silently gloating over that. He started toward the ticketing counter where he’d been instructed to meet her, keeping an eye out for a woman with a red suitcase.

As he approached, his gaze settled on a woman who matched the description. She stood next to a pillar, looking at her phone. At her feet sat a candy apple red hard vinyl suitcase. If this was really her, he was in for a nice weekend. Because, wow. Wow.

She had long brunette hair streaked with burgundy, filled with big, luscious curls. She wore a formfitting maroon dress that reached mid-thigh, and black sandals studded with jewels on the straps. She was cock-stirringly voluptuous, with curves for miles and long, sleek, tanned legs.

He gripped the handle of his suitcase, praying, and walked toward her. As he closed in, she looked up.

She was fucking gorgeous. He couldn’t summon a better descriptor. She had high cheekbones and a heart-shaped face, and striking green eyes. Her lips were a plump bow, painted red, her makeup immaculate so she looked like a girl from a magazine. She wore a delicate silver chain around her neck with a teardrop diamond dangling from it, and matching earrings.

She stared at him, and he slowed, thinking he’d made a mistake. Then she gave him a saucy, sexy smile.

“You must be Tybalt.” She lowered her phone. “Your picture doesn’t do you justice.” She swept him with an appraising look, and for the first time in ages, he felt inadequate.

He almost couldn’t maintain a cool demeanor. “You can call me Ty.” He smiled broadly. “Grace, is it?” He looked her over as well, from head to toe, and didn’t hide the fact he was doing so. She had ample tits and wide, grab-able hips. This was the kind of girl he’d always hoped to go on a date with someday.

“Yes, Ty.” She bent and picked up her bag, so he got a quick peek down her dress. She stood upright. “Is Tybalt really your name? It sounds like a stage name for an escort.” She had a voice as silky and smooth as the rest of her.

No talking about family unless she asks. No thinking about real life. He locked that door firmly.

She extended the handle on her bag. “Well, are you ready to travel? Brought everything with you that I requested?”

He patted his blazer pocket where his passport was and lifted his bag. “Yes.”

“Good.” She turned, pulling her suitcase. “Let’s get this underway.”

She walked ahead of him toward the ticket counter, and he deliberately lingered a few feet behind, to watch the scintillating sway of her hips. Maybe this would be one of those times he provided a little more than companionship and conversation. Of course, he’d never slept with a woman like her, and he wasn’t sure his skills as a lover were up to snuff. He didn’t want her to ask for a refund.

“Have you ever been to Barbados?” she asked over her shoulder.

He fell in step beside her. “No, but it sounds like a nice destination. Have you ever been there?”

“Yes. This resort we’re going to, it’s upscale, and the fun is rather structured.” She swung her hair over her shoulder, and the light caught the glossy highlights. “You might find it droll.” They reached the line at the counter and stopped. “It could get tedious, despite the locale, and you’ll want to look for something to occupy your time.” She looked him over again, suggestively. Was she worried he would wander off and bang some island girl?

“I’m good at entertaining myself.”

She flipped open her passport. “I’m sure you are.”

He leaned toward her and lowered his voice. “I’m here to entertain you, though.”