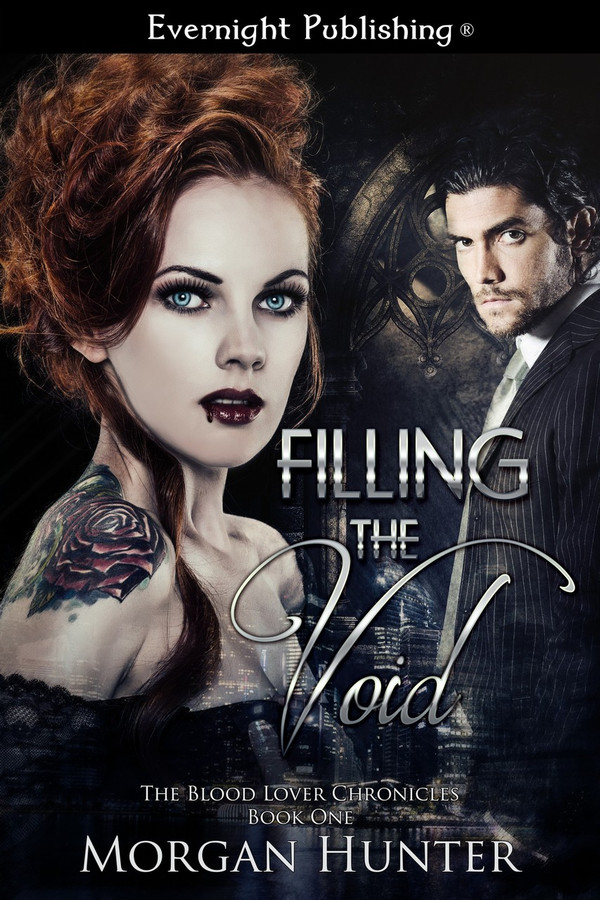 From sucking the life from her beloved to asserting herself as a true elite master of blood-filling and sexual prowess, this story follows the bloodsucking adventures of a female vampire that has it all. Unfortunately, the elite undead still have scrapes with the reaper and this female temptress is beginning to realize that even well-executed plans can falter.

Then there's Daron Alexander, the only human in more than four-hundred years to put her sexual radar through an unnerving series of both gratifying and terrible loops. Will she allow Daron to be her undoing or will she take her place as the master temptress and destroy all who get in her way?

To find out, join the vampire ranks on this harrowing and seductive journey as our female seductress struggles with lust, loyalty, and love.

She stood against a light pole near the curb outside a pub I liked to frequent when I was in town, The Axe and Fiddle.  I liked the music and atmosphere and, what can I say, it was a great place to pick up fine blood fills. We were in Cottage Grove, ten minutes from Eugene, so I figured she was an undergraduate at the University of Oregon. Her pouty lips accepted a cigarette effortlessly and the smoke enveloped her curves like she had just appeared out of nothing. Her low-cut plaid skirt waved slightly in the subtle breeze and I wondered what I’d find if I got the chance to sneak a peek. I had to go talk to her so I pulled out a pack of Camel’s to show her I was friendly.

I thought I startled her, but she quickly replied, “You…you’re beautiful!” She shook as she held the lighter out for me.

“Thanks,” I snapped as if I was extremely narcissistic or didn’t care. Funny enough, both were true. I had heard that line thousands of times, and it just didn’t have the same effect as it used to when I was a budding vamp. However, since she was my first woman, I thought I’d let it slide.

She just kept staring at me, scanning me with her hazel eyes like she had to take me in a few times so she would never forget what had graced her presence. She was almost as pretty as I was, but I had a beauty secret she could never maintain; fresh unsuspecting blood. It was tragic really, knowing that her death was only hours away at most. But I hungered for wet flesh and she was the prize I craved.

She continued to stare. “I’m…uh…Joana.”

I winked at her. “You know you don’t have to shout it, darling. I have perfectly good ears. I’m from Salem, myself.”

Her gaze locked on my three carat diamond earrings dangling from flawless lobes. They were spoils from my last rendezvous. “I shouldn’t be talking to you.” She hesitated. “I’m not like you.”

Her eyes widened. “What do you mean?”

Now, I could have taken it slow and just brushed my index finger across her rosy cheek while talking her up a bit, but I could tell she was the kind of girl that got taken advantage of quite often. She reeked of insecurity and, while I liked the hunt just as much as the next vamp, I thought she would be an easy way to test my curiosity for the same gender. Her needy gaze reminded me of all the men I had seduced. She would do whatever I wanted whether words were involved or not. Just like I craved blood, she craved acceptance and she didn’t care what the price was as long as she got what she needed; no matter how temporary.

Wow...um, definitely a book I will never forget...EVER. For being a short read, this book packs an impressive handful of twists, turns, and steamy erotic scenes that will have you panting and begging for more. I can&#039;t say too much without giving away several key parts of the story, but this vampire is ruthless while still managing to be sweet around the edges enough to just love her to &quot;undeadly&quot; proportions--she has so many secrets. I will say I was more than shocked on several occasions, sometimes almost to the point of wanting to scream at the top of my lungs with fright and disgust, but I was still aroused beyond belief. Morgan Hunter definitely has a way with words that just left me both breathless and ready for more action at any given moment. The only downside was getting to the end and realizing that I now had to wait for the sequel...GET IT DONE, MORGAN, I NEED TO KNOW WHAT HAPPENS NEXT! Yup...I found myself a new favorite author! Worth every penny and I can&#039;t wait for the next one!

Okay...I don&#039;t normally write reviews for these kind of books, but I had to for this one! This is not your usual paranormal romance. This is a wicked vampire tale that will have you twisting and turning with suspense at every turn along with giving you sexual romps that will have your insides both giddy and squirming at the same time. I was excited, shocked, and amazed all the way up till the last line. Definitely just found myself a new favorite author! You better come out with the sequel soon, Morgan Hunter! I can&#039;t wait!