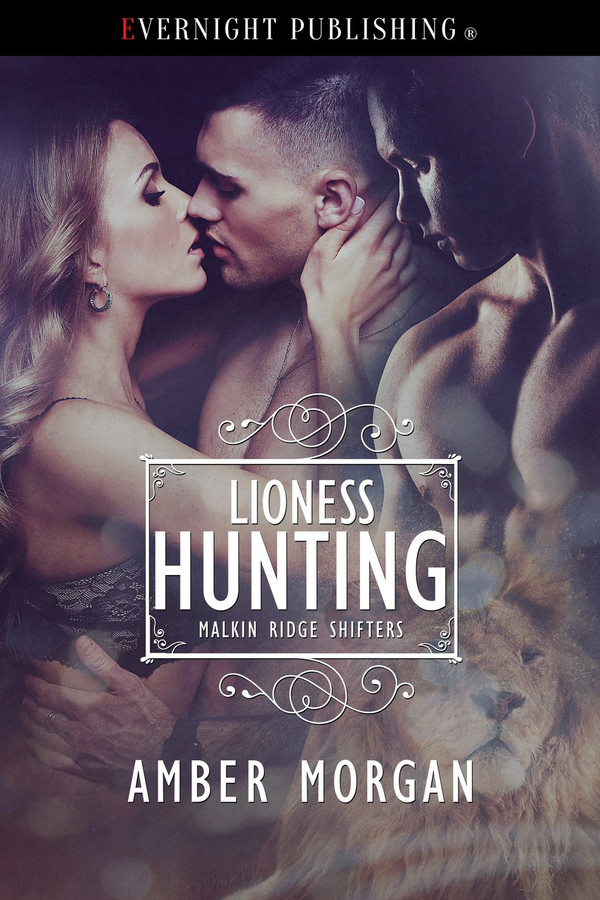 Lara Carey is settling back into life in Malkin Ridge with her two passionate lovers, Zane and Tate, and she's keen to prove that she belongs—both back in her old home and in her mates' bed. When a chance encounter with a teen tiger-shifter reveals the presence of a dangerous predator in town, Lara and her mates are forced to take action. With an innocent life at stake, can they hunt down this monster in time? And when the dust settles, will the trio be stronger for the experience?

After the drama of the morning, the afternoon was an anti-climax, passing by in a dreary procession of paperwork and meetings that didn’t mean much to Lara yet. Still, she could see the shape of a fulfilling job waiting to be carved out. When five pm came round and they hadn’t heard from Joanna, Tate decided it was time to clock out.

“Should we be worried?” she asked him as they drove back to Malkin Ridge.

“No news is good news, I guess. Maybe Kashi just crashed out and hasn’t woken up yet.” He shrugged, but she saw worry lines creasing around his eyes. “I’ll check in with her later.”

Later didn’t quite happen. They found Zane at home, worn out and riled up by another day of frustrating meetings, and decided the best solution for all that pent-up energy was a hike and a hunt. The summer evenings stretched out long, and the mountains were always inviting. Zane didn’t need any persuading. They drove up to the picnic area where Lara and Zane had sat talking just a few days ago, finding the last of the bird watchers, dog walkers, and families all drifting away despite the warm, bright evening. That wasn’t unusual. Malkin Ridge of course had a reputation for being a mountain lion hot spot. Natural mountain lions actually stayed out of the territory because of the presence of their supernatural cousins. But the shifters of the town were spotted often enough – in lion shape – to keep humans out of the mountains after dark.

And of course, that suited the shifter population perfectly.

They trekked out to a cluster of mountain juniper. Once there, Tate immediately dumped his backpack and stripped off his t-shirt with a satisfied sigh. Golden sunlight gleamed off his hard torso. Catching Lara's appreciative look, Tate grinned and flexed his biceps for her.

Zane came up behind her, wrapping his arms around her waist and kissing her throat lightly. "How about a trade-off? Every piece he takes off, you have to match it."

"Nah," Tate said dismissively. "I've only got my jeans and boots left to go. That'll leave Lara with way too many clothes on."

Tate toyed with his jeans zipper, giving Zane and Lara a smoldering smile. "Nothing but Beckett under here."

"Prove it," Zane said, a dark heat in his voice.

Zane drummed his fingers lightly on Lara's hips and trailed his lips along her shoulder, sending warm flushes of pleasure through her. With his body pressed so close to hers, she could feel the length of his cock pressing against her ass through his jeans, and the temptation to turn around and drop to her knees in front of him was almost irresistible. She could peel those jeans down his thighs and...

She settled for grinding her hips slowly against him until he growled and squeezed her hips to keep her still. Tate watched them, grinning wickedly. "You guys need some privacy?"

"Hell no," Zane said. "I need the two of you naked and fucking."

Life seems to be headed in the right direction with two sexy lovers in her life. Lara is still adjusting to her new life with her old flame and the man that chose to be with them both. A new job leads to opportunities to learn about her new lover and save someone in need. Will she be able to open her heart to a new love? This is the second book in the Malkin Ridge Shifters series. The author provides a very brief recap of the first book. I did not read it and was able to enjoy the story. It opens with Lara trying to come to terms with her new life. She has two lovers, Zane and Tate. She and Zane are shifters and were together but broke up due to his desire to be with men as well as her. He became involved with Tate during their breakup and they have now all agreed to be together. They have moved and Lara is trying to determine what kind of work she wants to do as well as how to become closer to Tate. This is a very short story so there is not a lot of opportunity to really develop all three of the characters. As I did not read the first book, I do not know if that part spent more time on character development. This part of the story focused on Lara and Tate, and I really did not feel like I got to know Zane very well at all. Lara is a woman who has experienced a lot of changes in her life and the only constant has been her love for Zane. She is very devoted to him and was willing to open herself to a menage relationship in order to provide for his needs. At this juncture, she is really trying to determine how to make it work for her. She has desire for Tate but doesn&#039;t really know him well. Zane is what brought them together and she wants to have more than that tie to make a success of the relationship. Tate is a good man that works to help others in need. He is also a shifter and has had to give up his family when he made the decision to be with Zane. For those who enjoy menage, there is very good chemistry among the characters. It is important to me to also feel like the characters have more than just a sexual connection. I did feel like the author developed a real relationship between Lara and Tate. It can be difficult to accomplish that kind of development in such a short book but the author was successful. It felt genuine and not contrived. This second part of the Malkin Ridge Shifters series focuses on the relationship between Lara and Tate. They have been brought together by their lover, Zane, but not had a chance to really get to know one another. There is great chemistry among the characters and the sex scenes deliver the heat you want from a menage romance. When Lara and Tate begin to work together to help others, it gives them an opportunity to bond. I enjoyed the story and the characters but wish Zane was also given a chance to be really featured in the growing emotional connection rather than just the sexual connection. I would be interested in reading more stories featuring these characters and watching their relationship evolve. - See more at: http://erotic.theromancereviews.com/viewbooksreview.php?bookid=22653#sthash.5BR9oRys.dpuf