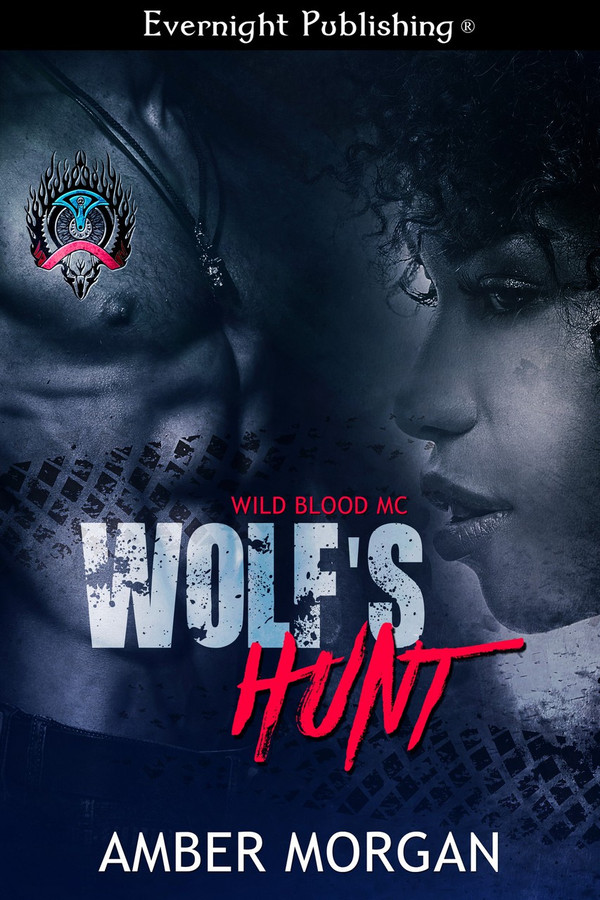 Three years ago Wolf fled New Orleans, leaving heartache and violence in his wake. Now he's got one chance to win back the woman he left behind, Clea Allary. There's just one thing standing in his way—the deadly President of the Voodoo Kin MC, a man who will stop at nothing to finish Wolf and claim Clea for himself. Whether she likes it or not.

Clea's been staying one step ahead of the Voodoo Kin ever since Wolf broke her heart and disappeared. But it's getting harder to cope and there's no way out that she can see. When Wolf crashes back into her life, he offers her a dangerously tempting escape route. But how can she ever trust him again?

Wolf glanced back at the stage. Clea was in full swing with some upbeat number, pointedly avoiding looking in his direction. Maybe he’d misread her signal and she’d been silently telling him to fuck off, not to go through the door.

Well, fuck it. What was the worst that could happen? He’d already been beaten, carved up, and chased out of his home. He’d already lost the girl he loved, the daughter he desperately wanted. Whatever Clea did or said tonight, she couldn’t put him through that nightmare again. He had nothing to lose here.

He shouldered past Grim and went through the door.

At the end of a short corridor, he found a small office that smelt of cigar smoke and brandy. It was simply but richly furnished, and he found it impossible not to picture Shango behind the oak desk, smoking Cubans and counting cash. He ground his teeth together and sat on the desk, trying to get himself under control. He didn’t want to be thinking about Shango when Clea walked through the door. It had to be about her. Just her.

She made him wait. He’d been kicking his heels for a good twenty minutes when Clea burst into the room like a whirlwind, slamming the door behind her.

“What the hell are you doing here? How dare you come into my bar—”

“Clea.” Wolf leapt up from the desk and approached her, ready to grovel, ready to drop to his knees and beg for forgiveness.

She didn’t give him the chance. As soon as he was within range, she slapped him. Hard. “Don’t you say a word, Danny Howell.” Her lips trembled and her eyes shone suspiciously, but he knew she wouldn’t actually cry in front of him. It was the one thing she’d never allowed herself to do. “You think I’m gonna give you the time of day? You think you deserve a single second of my time?”

“You’re giving it to me now,” he said, wincing at his choice of words even as they came out of his mouth.

She slapped him again. The blow stung, but he took it without flinching. “In your dreams,” she snapped.

She went to slap him again, but he caught her wrist and yanked her hard against his chest. He locked his other arm around her waist and he kissed her. He kissed her like she made him feel – starving, desperate, determined. Like he could make her understand with this kiss how much he hated what he’d done, how much he needed to fix it. He’d tried to tell her all those years ago, but nothing he said was ever right, ever enough. Maybe now he could show her.

She struggled for a second, slapping her palm uselessly against his chest and then, just as he was about to release her, she melted into him, kissing him back greedily. She wrapped her arms around his neck, bit and nibbled at his lips, moaning into his mouth as she thrust her breasts against him, leaving him in no doubt that whatever she said, she still wanted him.

He grabbed her thighs, lifting her effortlessly and pushing her back against the wall. She curled her legs around his waist, sending her silky dress riding up to expose her flimsy panties. Wolf growled and dipped his head to kiss the soft curves of her breasts, mounded up for his mouth by the dress.

She gasped, raking her hand through his hair. "I missed you," she whispered. "I hate you."

"I love you." He pushed against her, letting her feel the erection throbbing almost painfully inside his jeans. "I want you. Goddammit, Clea, I want you."

Wow! Having never read anything by this author before, I didn’t know what to expect, but I’m happy to say that this was a book that I did not want to put down. This story was dark and gritty and emotional all at the same time. Wolf and Clea were trapped in an almost impossible situation. Wolf seemed like a very flawed anti-hero to me. He had made a lot of mistakes and got people hurt and yet he continued to act without thinking. He wanted to make right, but his anger kept getting the best of him. Most importantly, he had cheated on Clea. Now, cheating happens to be a trigger for me so when I read that it had happened I started to dislike Wolf. However, let me be clear, it did not take place during the story though the consequences were a major plot point. I found myself upset on Clea’s behalf before I even met her. Clea was a strong heroine who became an anchor for what was left of her family. She turned her fear into anger and she took care of her family without compromising herself. Their reunion was filled with suspense as the situation with the Voodoo Kin turns violent. Wolf and Clea had to make some hard choices to be together. I loved this fast paced story, especially the twists and the things concerning Nash. I am hoping he will get the next book. Wolf’s Hunt is not your typical sweet romance. Redemption doesn’t come easy or without a price. Sometimes it’s gritty and raw and painful. That part made this book a perfect thriller for me and I couldn’t put it down. I definitely can’t wait to read more from Amber Morgan.