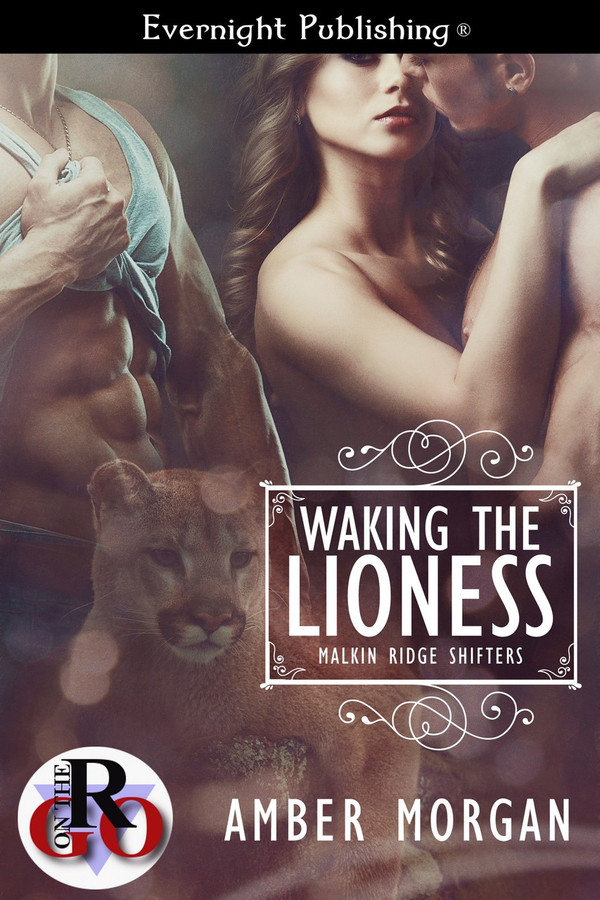 Convinced she could never give her fiance what he truly wanted, cat-shifter Lara Carey walked away from her home and her engagement, and started fresh in New Orleans. One year on, she's never stopped missing Zane Walker...but it's too late to do anything about it, isn't it?

Zane Walker hasn't come to New Orleans to find Lara, but when chance throws them together, his passion for her is reignited. There's just one problem. Zane's new lover is missing somewhere in New Orleans, and even if Zane and Lara find him, can Lara accept him and Zane?

What else was she more open with now? What else had changed? New Orleans was a pretty wild city. Maybe Lara had become wilder in her time here. Did he dare hope?

“Nice place,” he remarked to distract himself from that dangerous train of thought.

“Thanks.” She pulled the tie from her hair, letting the pale gold locks fall free. The motion fascinated him. He remembered her hair tangled and wild, a halo framing her face as she rode him, their bodies slick with sweat, her moans driving him crazy as he pushed her ever closer to the edge.

Damn. He tried to shove that memory aside but his cock was already running with it. It throbbed painfully as he watched Lara pace around her apartment, putting things away, fluffing cushions, fiddling. She was so tense, her shoulders and back so stiff. He wondered if she’d let him give her a back massage...

Then he remembered why he was in New Orleans. Tate. Shit. Tate. Where the hell was he? Zane threw himself onto the sofa, crushing the freshly-plumped cushions, and ran his hands through his hair. “Goddamn,” he muttered.

“Are you okay?” Lara asked, taking a seat beside him. She rested her hand on his knee tentatively. He resisted the urge to twine his fingers with hers.

“Worried about Tate. I shouldn’t be,” he admitted. “He’s not a kid. He can take care of himself, but it’s not like him to be out of touch, you know?”

“Well, where do we start looking?” she asked. “You said he was down here to see family. Have you spoken to them?”

He bit his lip. “I…yeah. I mean, I tried. They didn’t...” He took a deep breath, reluctant to tell her the truth, fearing her reaction. But then, she already knew the truth, didn’t she? She was the only other person who did. “Tate and I are together.” It came out in a rush, explosive almost. He turned his head away, not wanting to see her reaction. Could be disgust, anger, even pity. He couldn’t stand pity. “His family didn’t take the news well.”

“He was here to tell them?” Lara asked. “Zane, you don’t think they’d hurt him, do you?” Alarm filled her voice. He had to look at her.

In the lamplight falling across her, she looked angelic. Her hand still rested on his knee, an electric pressure that sent blood rushing to his cock again. Her eyes were wide with genuine concern, for a man she’d never met. Typical Lara, brimming with worry for everyone else. He gave in to his urge and covered her hand with his, relaxing slightly at the skin-on-skin contact.

“I don’t think so,” he said. “But their reaction might have pushed him into doing something dumb-assed.”

He shrugged. Tate had a wild streak, and his family’s approval meant everything to him. “I don’t know, Lara, I just don’t know. I need to get out there and find him.” He rose abruptly, the need for action overriding the slow-burning lust Lara’s closeness caused. “I’ve got to go, Lara. I’m sorry.”

“Well, wait.” She jumped up too, grabbing his hand. “Let me come with you. Two heads are better than one and all that, right?”

He looked down at her, those big blue eyes, those soft, kissable lips. She’d distract him. He already felt guilty, standing here with a hard-on for her when he should be out looking for Tate. Taking her with him would be asking for trouble.

And yet his inner lion was already roaring for her. His mate. He was hungry for her, ready to tear those clothes off and ravish that luscious body the way he used to. The way she liked it.

I liked the idea of Laura and Zane&#039;s story. They have a lot of chemistry but also have a lot of issues to work through. When Zane walks back into her life she has mixed feelings especially since he is looking for his lover Tate. The story has a lot of promise I just wished Tate was a little more included into the story.