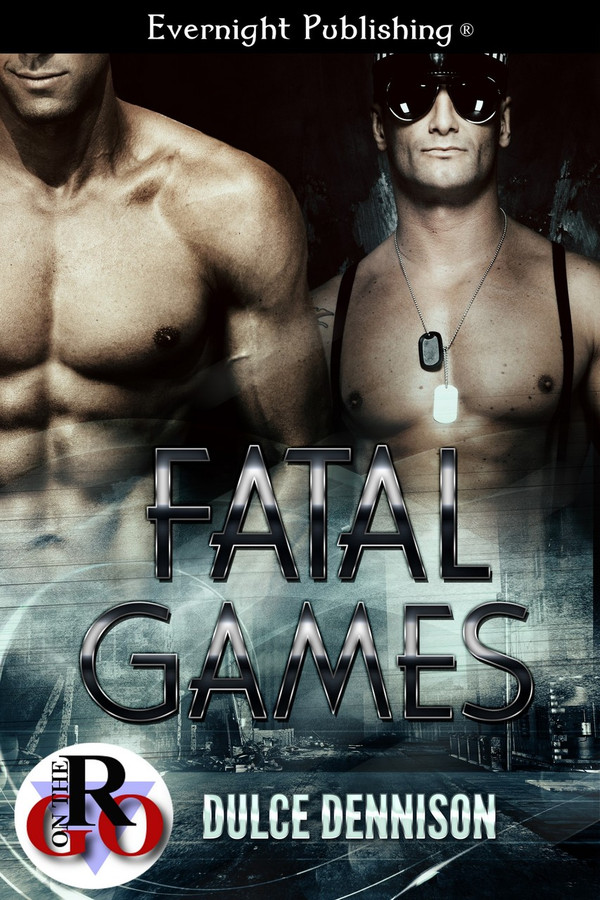 When a ghost from his past begins to haunt him, Griffin loses the only man he’s ever loved. Not one to be knocked down for long, he joins the local police department, donning the badge once more, determined to catch his lover’s murderer. But the killer isn’t done with him yet.

When a rash of crimes break out, all targeting Griffin, he knows that his days are numbered if he can’t catch the person responsible. With fellow officer Garrett Peterson aiding his investigation, Griffin knows it’s only a matter of time before he catches the killer. What he doesn’t count on are the developing feelings between Garrett and him.

But how can he possibly make time for love when his life hangs in the balance?

“I need to change. Then you can give me a ride to the station since it seems I’m without a ride until I can replace my car.”

Garrett leaned closer and sniffed. “You are a bit smoky.”

Griffin snorted and turned toward his house. He could feel Garrett’s presence behind him as he entered his home and left the door open for the other officer. If he was determined to play bodyguard, Griffin supposed he would have to let him. In his bedroom, he quickly stripped out of his uniform of jeans and a dress shirt, and pulled a clean set out of the closet. He pulled on his pants and slipped on his shirt. Leaving it hanging open, he gathered his boots and walked back to the living room. Through the open door, he could see his fellow officers milling around his yard as they examined the scene.

He felt Garrett’s gaze on him and he met the hazel eyes caressing his body. It hadn’t been an intentional temptation when he’d come in half dressed, but it seemed Garrett was taking it that way. Garrett stepped closer until their bodies were nearly brushing. Despite his intentions to hold the other man at bay, his heart sped up, leaving Griffin wondering if maybe he felt more for the man than he’d thought.

Garrett gripped the back of his neck and pulled him down for a scorching hot kiss, his lips rough and demanding as he took what he wanted. Griffin could have pulled away, could have put a stop to it, but as Garrett’s tongue flicked against his lips, he found himself opening, wanting more, needing Garrett’s taste on his tongue. He dropped his boots and his hands rose of their own volition, gripping Garrett’s waist and pulling him closer. So lost in the moment, Griffin didn’t care if someone saw them. It was no secret that he was gay and the guys on the force didn’t seem to have a problem with it. It was completely out of character for him to flaunt it though.

The deep, devastating kiss was both exploratory and fierce. Garrett demanded that Griffin give in to him and Griffin found himself powerless to do anything else. It was a long, drugging kiss, Garrett’s lips lingering as if he couldn’t bring himself to pull away. Garrett’s tongue thrust into his mouth again, dancing, curling, coaxing. The kiss turned seductive and Griffin couldn’t fight his body’s response to the other man. His cock stirred with interest and for the first time in six months Griffin wanted more than basic human contact: he found himself desiring another man, needing him with an urgency he thought he’d never feel again.

When Garrett finally pulled away, Griffin was panting, his heart hammering against his ribs, his body hard and tense, wanting a release that he knew wouldn’t come. Not yet anyway. After that kiss, Griffin knew if Garrett pursued the growing attraction between them that he would be powerless to turn the other man away. His body craved satisfaction, but now wasn’t the time. He wanted more than a quick tumble, wanted more than to just take the edge off.

“I’m not giving up on you, Griffin. We will finish this later. Count on it.”

Quick and uncomplicated, this is the story of Griffin, a cop who suddenly finds himself the target of multiple attempts not only on his life but also on those he loves. When his fellow officer comes to the rescue, Griffin doesn’t quite know what to think – but that is not a problem since Garrett is determined enough for both of them. And while Griffin suspects who is after him quite quickly, proving it beyond the shadow of a doubt is a different matter… Griffin works alone. Garrett “butting in” six months after Griffin goes back on the force to find his lover’s killer comes as a shock. But getting used to a partner at work, at least while they try to solve this case, is easier than wrapping his head around the feelings he begins to develop for his fellow officer. But even in his confusion Griffin is too honest with himself to deny what he knows is true: Garrett is far more important to him than Griffin expected. If you like mysteries that make the officer in charge the intended victim, if two tough men dealing with emotions are your thing, and if you’re looking for a quick read with some hot action between the sheets, then you might like this short story.

Griffin is intent on catching the man who killed his lover right in front of him. When a fellow Detective Garrett insists on helping things get heated between the two. Between the two of them they try to catch a killer before he kills again. Great story with amazing details on the crimes. I loved the entire story. It was nonstop action, drama, mystery, suspense and intense heart stopping scenes. Well written. Highly recommended.

Skin in the Game by Piper Rhodes

The Deception Game by Raven McAllan