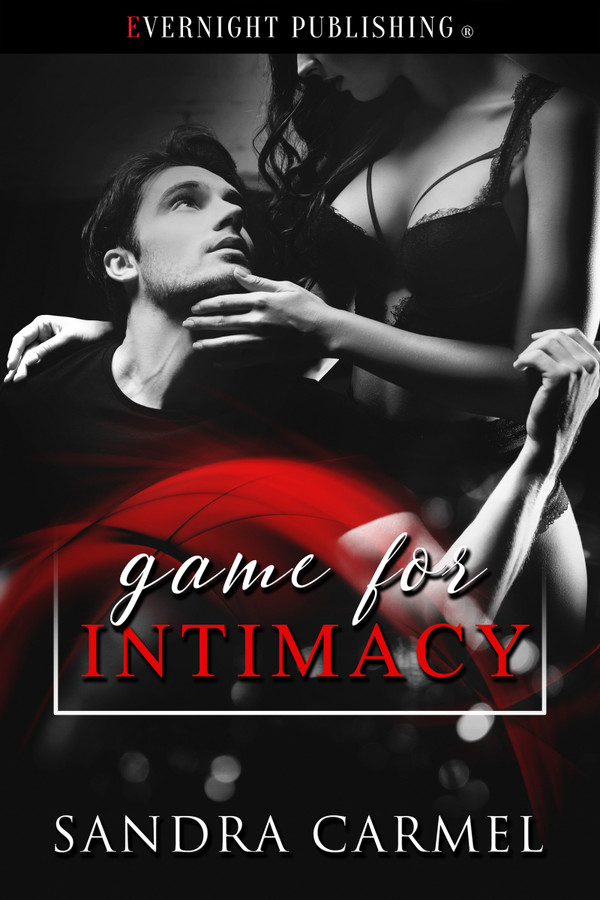 While playing a sexy virtual reality game, Brody, a mobility-challenged, gamer whiz makes an unlikely connection with Beth, the woman of his dreams. Although way out of his league, she seems to like him—really like him.

As they become more intimate, he learns her perfect façade hides demons deeper than his physical insecurities, which puts a huge strain on their relationship. Can he help her break through her defensive walls and create an everlasting love?

Plates of finger food made the rounds, but his nervy, knotted-up stomach stopped him from forcing anything down in case it catapulted all the way back up. Instead, he had a drink to take the edge off his anxiety.

A gin man all the way, he sipped on a martini, feeling very James Bond, and chatted to his mates about their plans for day two. And Beth. Impossible not to mention her after their close encounter earlier.

“She always looks so gorgeous in her pictures, but today… Beth in person is just breathtaking,” Brody shouted over the loud music, then glanced up into Cam’s wide, suddenly freaked-out eyes.

Oh, fuck. Beth’s voice. Unmistakable even amongst the din of conversation and tacky 80s dance tunes. “Beth?” he mouthed to his mate, just to double check.

Brody clacked his jaw together and tried to steady his suddenly erratic breathing. He checked his watch. Shit. Eight already. The time he’d organized to meet his online gamer friend. Beth had to choose right then to come by. What a fucking disaster.

He didn’t want to hurry her off, but he couldn’t miss the opportunity to meet B-True either. Their pre-planned catch-up had pushed him to fly to Melbourne in the first place.

He swiveled in his wheelchair to face his infatuation. Whoa! His mouth went so dry he could hardly pry his tongue off the roof of it to speak. “Hi.”

Her warm, brilliant smile nearly knocked him right out of his chair. Backlit with the vibrant, amber lights lining the entryway, she looked like an angel with a golden, glowing aura. “Hi.”

She stood there all soft and stunning and surreal. Like a waking dream, a deep, soul-stirring, spiritual experience. “It seems you’ve got a bit of an unfair advantage. You know my name, but I don’t know yours.”

“Brody.” God, it was like the cord connecting his thoughts to his speech had been cut. He sounded like a total, inarticulate moron, a fanboy. The exact reason why she’d avoid attending these things. He fumbled for words, her mind probably second-guessing her decision to come over.

“Brody,” she said, his name never sounding so bloody good. “Maybe you can help me. This is table sixty-nine, right? I’m trying to find a gamer called B-Brave.”

“B-True?” His voice croaked with no-fucking-way. Beth couldn’t possibly be his online gamer mate, could she? The one he’d had virtual sex with less than a week ago. Scorching heat rushed over his skin like he’d been wrapped in an electric blanket on high. He knew she liked to play, but what were the odds?

“Yes.” Her broad smile almost disappeared right off the sides of her face, the joy spreading higher and tugging up the corners of her eyes, like the outcome made her super happy. “You’re B-Brave, aren’t you?”

Beth stared at him, her hopeful expression suggesting she really wanted it to be true. Which made no sense. Women like her didn’t go for guys like him. Maybe in romance novels, but not in the real world. Then again, she was probably just being friendly, making sure she kept up a certain professional image to match her brand, her reputation.

Cam clamped his hand on Brody’s shoulder. “Nice one, Brodes.”

“You hit the lady jackpot!” Ben slapped his hand down on the table. “I’m so fucking jealous.”

Beth laughed, and it was the sweetest sound.

Brody shook his head in warning at his friends. “Guys, please.”

“It’s okay.” Her large, chocolate-brown eyes melted his with their intensity. “I’m so glad it’s you.”

Great, totally friend-zoned. Typical. The usual. Able-bodied people didn’t seem to get that the disabled population had sexual needs and desires too. “Looks can be deceiving.”

“I hope not.” Her tone turned serious, like she’d been stuffed around by some dick in the past. And now she used that hurt, wary, vulnerable lens to view others. “There’s a real genuineness, a real sincerity to you that my instinct says is true. I hope I’m right. It’s very important to me.”

No pressure or anything. “Me too.” Time to lighten things up a bit, especially while they still had an audience. “Um … can I get you a drink?”

“No. Let me. It’s the least I can do to thank you for coming all this way to meet up with me.” She glanced over at his mates. “What would you guys like?”

They looked at each other and carried out their trademark silent conversation. Seconds later, Ben said, “Beer for us, thanks.”

Beth focused her full attention, like a dual spotlight, back on Brody. He swallowed the crushing boulder of nerves gathering size and blocking his throat. “Ah… I’ll have a gin and tonic, please.”

“You’re kidding. That’s my favorite drink.” She said it like she’d ticked another sign off the we-were-meant-to-meet list. Or maybe his interpretation had gotten skewed by wishful thinking.

Beth grabbed a passing waiter’s attention and placed the order.

Ben poked Brody in the ribs. “Aren’t you gonna offer the lady a seat, man?”

He would, except there were no spare chairs at their table or those surrounding them. “I’d offer you mine but…” He shrugged.

She glanced at his scrawny thighs, strategically obscured under his jeans, and back up until their gazes reconnected. His face had to be the color of a fire truck, and his cock, well… He’d almost had a hard-on from the moment he saw her that morning. Hopefully the bulge was buried in the shadows.

He has mobility issues and makes a connection to a woman on an online game. It seems she has even more issues than him. Can he break through her walls? Can they find love in the real world? See how they get on I received a free copy of this book via Booksprout and am voluntarily leaving a review.