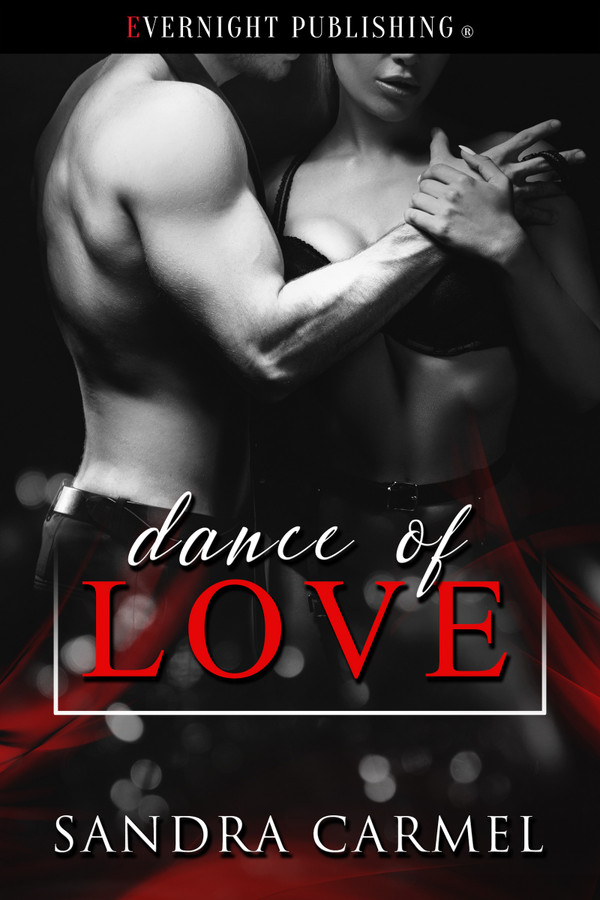 An unexpected dance into virgin territory…

Jeb, a hot, late-twenties virgin is plagued with guilt and a history of heartache. Issy, his passionate physio patient is the first woman he’s fallen for in forever but she’s travelling overseas in a month to advance her dancing career. So why does he still want her so bad? After what he’s endured, he must be crazy. Although he shouldn’t pursue her, he can’t ignore his heart’s desire.

Issy has craved Jeb for months and plans to proposition him following her farewell drinks. But instead of flirting back, he wants to chat. What straight, hot-blooded man refused guaranteed sex? Surprised and intrigued, she indulges him and he relays his heartbreaking story. Touched by Jeb’s admission, combined with her incredible attraction to the guy, she offers to teach him how to be a great lover before she leaves. With their feelings deepening each day, can they work out a way to stay together before time runs out?

“Come back to my place.”

He shook his head, conflict turning his eyes defensive, gunmetal grey. “I can’t.”

A male rejecting an obvious offer for sex? That was a first. “Yes, you can. I’m inviting you.”

His gaze dropped to his feet. “Thank you. I appreciate it. It’s just…”

She slid her fingers along his stubbled jaw and tipped his chin up until their eyes met. “Just what? You’re not interested.”

He chuckled, an anxious, stressed sound. “It’s not that.”

“Try me.” And she totally meant that literally and figuratively.

His crooked, twitchy-lipped smile suggested he got her double meaning. He studied her face, his expression turning serious. “I’ll come on one condition.”

Ooh, that sounded like a challenge she could only accept. “Okay, spill.”

Talk? She’d practically thrown herself at Jeb, given him the green light for a fuck, and he wanted to talk? Since when did a virile, hot-blooded man pass up guaranteed sex? It just didn’t make sense.

She stared at him, trying to comprehend, trying to make sure she’d heard right. “You want to … talk?”

He shoved his hands in the front pockets of his jeans, highlighting the huge, persistent bulge behind his about-to-split fly. “Yeah.”

She’d really hoped to get laid tonight. But not with just any guy. She wanted Jeb, had wanted him almost from the moment she’d met him. It had been ages since her last hook-up, and she shook with withdrawal and aching need.

However, even though his body contradicted his words, practically pleaded for her touch, he’d slammed shut that window of opportunity, much to her massive disappointment. It didn’t deter her, though. It made her want him more.

Curiosity drove her to accept his proposition. Maybe she could change his mind. Ultimately, she wanted to hang out with Jeb, and she didn’t want him to leave alone or with anyone else.

“Okay. Let’s go.” Once they were in a quiet space together, it would be easier to convince him they should take things further. Or so she hoped.

His gaze met hers, his almost-silver eyes full of surprise and a strange combination of stress and relief. No, more gratitude. Interesting.

Issy scanned the club and couldn’t spot her friends, so she sent them a quick text to let them know she’d decided to head home. She threaded her arm through Jeb’s and nudged him toward the exit. “Come on.”

Fuck, when Issy had told him about a man she’d been interested in for a while, he never thought she’d meant him. But her words and actions tonight had made it pretty bloody clear. They stepped out onto the busy street and into the cold, sobering air. Not that Jeb had had much to drink. Maybe he should have. Loosen him up a bit, lower his inhibitions.

Intoxicated or not, he had to tell her. Now. Explain things, explain his hesitation. Conflict warred inside his head. Part of him had wanted her to say, “Don’t worry about it. Forget the whole thing. No hard feelings. See you later,” while part of him had hoped she’d agree to just chat. Now he questioned whether spending more time with her had been the smartest decision.

The closer their bodies, the longer they spoke, the more he wanted her. Preferably naked. But she needed to know his situation first, and even then…

What would happen if she accepted him, still wanted to go through with spending the night together, having sex? What if it was everything he imagined, but it didn’t work for her? Or even if it did and she enjoyed it, she’d be leaving the country for who knows how long. Maybe forever.

Not the best start to a relationship, if she even considered their interaction a relationship. From the conversations they’d had, she didn’t do long term, and he wasn’t an affair guy, but maybe he should give it a try. With her. The only woman he’d fantasized about since… Ultimately, if this was the only way he could have Issy…

They reached his car, neither of them saying a word since leaving the club, his dick refusing to acknowledge the message to retreat. Jeb subtly adjusted himself. “This is me.” He walked her around to the passenger side of his Subaru Forester and opened up.

She faced him, her back against the closed door. “You okay?”

With her in that super-short mini skirt and white, almost translucent skin-tight singlet top, so sheer her breasts may as well have been bare, he couldn’t be totally sure anymore. Moments into meeting her, she’d stirred up the sense of equilibrium he’d painstakingly erected. “Mostly. You?”

“Intrigued more than anything.” She glanced at his junk, then slipped into the passenger seat.

They drove to her place in silence, well, except her instructing him on where to go. With each second secluded in such close quarters, sexual tension charged the air, until it turned nuclear-bomb explosive.

He parked out front of her contemporary new apartment block in Bondi and kept the engine running, ready to escape.

She stared him straight in the eye as though reading his plan to flee. “I thought you said we could talk.”

He edged toward his window. “I don’t think that’s a good idea.”

She shifted forward, cornering him in his own car. “Why not?”

Because she’d work out his whole confident-guy thing was a well-constructed façade. “It’s complicated.”

She cast her eyes slowly over him, lingering on his crotch, then his lips, then his eyes, her spellbinding stare penetrating beyond his concrete-solid barriers. “Jeb, let me make this clear. You come up to my place and you’re gonna get laid. No maybe, no teasing. I’m a sure thing. And I want you. I’ve wanted you for months.”

Fuck if that didn’t make his heart nearly burst right out of his chest. He glanced at his fidgety hands, heat flooding his cheeks. Lucky the darkness hid his embarrassing blush. He wanted her, too, so much he could barely keep his hands off her, but… “I shouldn’t.”

“Shouldn’t is a bullshit word. We definitely should. There’s an undeniable chemistry between us. So don’t you dare try and tell me there isn’t. It’s something else. I’ve been totally honest with you. Now be honest with me. What’s stopping you, Jeb?”

A different twist with Issy and Jeb sensual journey of teaching what can&#039;t be taught. Their chemistry, passion and spark light up the night. The fact that she&#039;s leaving and thinks that there is an expiration date on them was laughable. They fit too good to ever expire. It&#039;s a good story that proves that dreams may come true but love and a partner who can teach you just as good as you teach them only proves that career should be second to having a life of happiness and lots of steam. I received an ARC for an honest and voluntarily review.