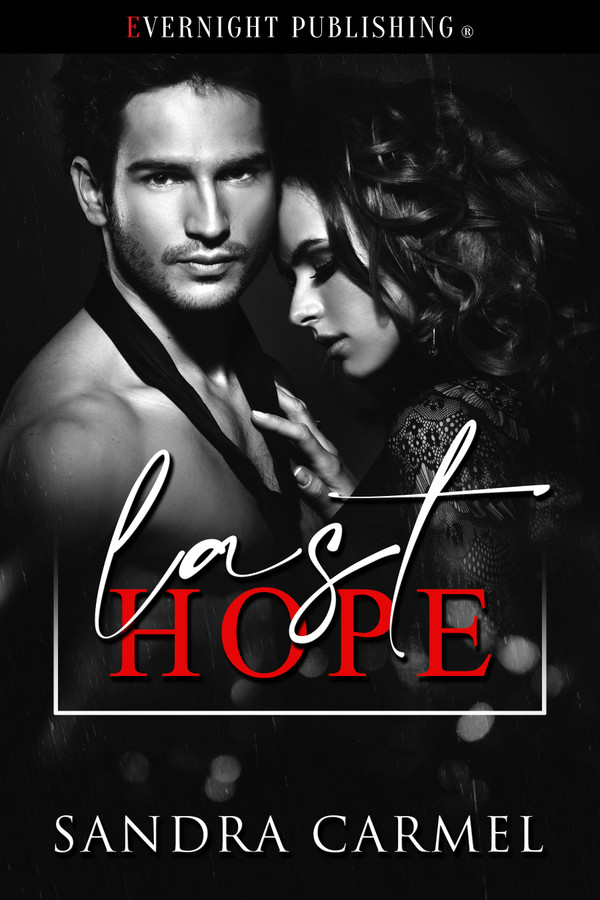 A perilous journey to the peak of love…

Cole, a cutting-edge game software company CEO, organizes a Christmas present his long-term girlfriend, Hope, will never forget—a marriage proposal at the top of Sydney Harbour Bridge on Christmas Eve. And it ends up unforgettable all right, but not in the way he’d envisaged.

While on a mountain climbing trip, he has an accident and sustains a life-changing spinal injury, forcing him to miss their special date, leaving Hope stranded, alone and without answers. Cole struggles against his heart’s desire and cuts Hope out of his life without explanation, determined not to burden her with his disability. Can he confront his fears, pull himself back together and rekindle a relationship with the love of his life?

He soothed the throbbing hot spot on her butt with his warm, wicked hand. “You better not be wet.” His playful, slow-burn smile suggested he already knew the answer.

The man knew how to turn her on, particularly when he went into full-on Dom mode.

He slid his hand between her legs and stroked her wet panties. “Fuck. You’re drenched.”

The look in his eyes and tone of his voice suggested he was impressed and debating whether to punish or reward her. “Hmmm… I think I might drag things out, let the tension, the anticipation build. I promise it’ll be worth the wait.”

Sounded perfect. Exactly what she’d counted on. Hope slipped out of her panties and packed them away with her negligee. She honestly hadn’t intended to argue about whether or not to wear clothes to bed.

Her intention with the lingerie had been to look sexy, desirable. Maybe make him think of offering her forever. Not that she had any problems being nude. They spent a lot of their time together that way.

She’d wanted to try something different, show him she refused to be complacent, that she wanted to continue making an effort. She wanted to prove she didn’t take him or their relationship for granted.

A soft, flickering amber glow brightened the tent’s interior and she glanced up. Cole had lit a couple of lanterns, which had the added benefit of highlighting his impeccable, masculine form.

She drank him in, his smooth, erect cock hitting his abdomen, taunting, teasing her, and her core clenched. He set the lanterns safely aside, crouched down, and unzipped the double sleeping bag.

Under each other’s heated gazes, they got in and cuddled together. He reached around her, zipped them in, and initiated a slow, sensual make-out session. But before she could get too worked up, he wound things down to affectionate, heart-melting caresses. Although she loved the sex, this was deeper, more meaningful. Is that what he’d intended?

An overdose of oxytocin surged through her veins, making her feel closer to Cole, not just physically, but also emotionally. Calm, safety, and comfort seeped into her brain and body, encouraging her to open up. “You know I love you, but do you love me?”

“Of course. Where did that come from?”

Cole tucked his fingers under her chin and tipped it up until her eyes met his piercing stare. “People say a lot of things, but you can’t rely on words. Actions are what count. Actions show how a person really feels.”

He had a point. His actions constantly showed he cared. However, words and discussions still held some real value. “Some things need to be spoken about, though, like our long-term plans, kids…”

“How do you feel about them?”

His hand froze on her thigh. “Kids or long-term plans?”

Had the air gotten colder? “Both. Are they something you want, with me?”

“Are they something you want?”

“You’ve got plenty of time.”

Not we’ve got plenty of time.

“How about you? You haven’t answered my question.” Her eyes searched his, trying to extract the truth from their churning, conflicted depths.

“I’m working on the whole long-term plan thing.” Were his muscles extra stiff, extra tense, or had she read into their stilted conversation? “As for kids, they’re not a deal breaker.” Did that mean he preferred to have children with his partner or that he’d rather not?

His replies were so politician-like at times, avoiding direct answers, talking around an issue, particularly when it involved the heart, emotions. “Having them or not having them?”

“Hope, honey, enough of the interrogation, okay?” His words were sweet, but his breath was harsh against her skin. All traces of the heart-warming connection and arousal they’d had only minutes ago—obliterated. Just like that, with a few simple words.

The expression in his eyes said don’t push me. The subject and his responses were important to her, though. She needed to know whether he considered her marriage material, whether kids featured in his future plans. If not, she’d have to reconsider their situation, possibly break things off and move on, even though it would be the hardest decision of her life.

“There’s something I want to ask you.”

A jolt of excitement skittered along her spine and spread like a happiness virus, killing off the negativity, the assumptions. Maybe he’d been nervous, not resistant. Maybe he’d finally decided to say the words she’d been longing to hear. To propose they spend the rest of their lives together.

“I’m away next week. The weather’s finally going to be perfect to do the Kosciuszko climb.”

“Oh.” Him and his I-must-climb-the-highest-mountain-in-each-place-I-visit obsession. At first, she’d thought it quirky, endearing. Now, it seemed he cared about that more than anything else. Anyone else.

It was already hard to spend decent time together. Their work lives were so hectic, her with her erratic television schedule and him with his game software-development company … and fitting in his passion for mountain climbing.

“I realize it’s not the best timing, but you know how much I’ve wanted to do this. And I’ll be back by Christmas. Will you be free Christmas Eve?”

Was that his question? No I love you, no hint at wanting a more permanent commitment. Disappointment sank like a heavy stone in her heart. “Um. Yes.” Even though frustration simmered beneath her skin, she couldn’t say no to him. Yet. She’d give him until Christmas Eve. If things weren’t any clearer by then, she’d press him for answers.

The tension in his body seemed to drain away. He relaxed against her, his hand restarting its strokes up and down her thigh. “Good. Keep a look out in your inbox for an e-mail from me. I have something special planned.”

Cole is in love and ready to marry this wonderful woman. An accident happens and he’s forever changed. Now disabled he feels like he’d just be a burden to her. They can reconnect and find a happy ending? ​ What a tear jerker!! Cole is just broken, both body and spirit. He feels like his whole life has fallen apart and I feel terrible for him. Hope, the woman he loves is initially hurt by his rejection but then she finds out about his accident and she’s heartbroken. Why didn&#039;t he let her help? How could he think she wouldn’t still love him? This was such a sweet, emotion ride and I really enjoyed to the end.