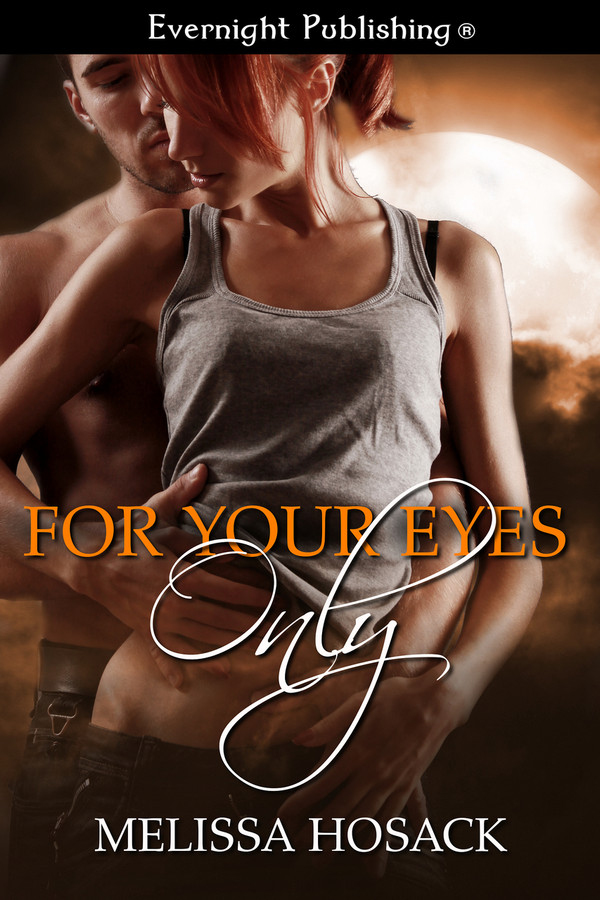 Lily Watson meets the man of her dreams at a costume party on Halloween. After a night of passion, she wakes to discover that Nathan's costume is a reality. He wasn't just pretending to be a ghost. He is one.

After four years of wandering aimlessly without a soul able to see him, Nathan is shocked when sweet, enchanting Lily starts up a casual conversation with him at a party. Even more shocking, he's able to touch her. In a complex relationship between woman and ghost, the pair must wonder how long they'll be able to keep Lily's human friend from asking too many questions about the boyfriend she never sees. More worrisome, they must wonder how long Nathan will be permitted to live in the mortal world.

Flirting with the Dead…

Overcome with boredom, Lily swirled the straw in her rum-and-coke. "I feel like I'm going to be stuck here for all eternity."

The man's voice was smooth as silk, sending a shiver of delight down her spine. She savored the sound of it for a moment before turning to face its owner.

If she'd found the man's voice alluring, that made his looks to die for.

Light-brown hair spilled onto his forehead and into intense hazel eyes. A plain, black T-shirt covered his chest but did nothing to hide his muscle tone. He wore faded blue jeans and a pair of black sneakers. He appeared to be at least six foot, complimenting his thin frame to make him look sinewy and graceful.

Lily let her gaze scan over him, her knees going weak. He was the most gorgeous man she'd ever laid eyes on. That thought brought a frown to her lips. Men like him didn't seek out wallflowers like her.

He could have any woman in the entire club. He should be hitting on one of the blondes with big breasts, like the rest of the hound dogs here. That meant he was seeking something else—her table.

"This table's taken. Sorry," Lily said, sounding anything but. "You and your buddies will have to find somewhere else to sit."

The man didn't even respond at first. He simply stared out into the busy club, a wistful expression on his face. Then suddenly he jumped as if startled. His gaze swung to her in astonishment. "Are you speaking to me?"

Lily stared back at him for a moment, surprised at his apparent cluelessness. She made a show of glancing around them before saying, "I don't see any other men encroaching on my table. Do you?"

The man looked down at the table where his elbow rested. He jerked it back as if it burned. "I-I'm terribly sorry. I didn't mean to encroach." He rubbed at his elbow, a thoughtful expression on his handsome face. Then he shook his head with a grin. "Also, I wasn't trying to charm your table away from you. I'm here by myself."

"Then why don't you leave?" Lily asked with a frown. Realizing how that must have come off, she added, "The club, not the table." On his confused look, she explained. "You agreed it felt like you would be here for all eternity. If you're here alone, why don't you just go?"

The man stared into her eyes so deeply that Lily's heart skipped a beat. Then he leaned down, resting both elbows on the table in front of him. "I don't know. Habit?" He shrugged. "I suppose I was feeling lonely, though places like this don't help. They only intensify the feeling."

Lily laughed and swirled her straw in her drink once again. "Lonely in a room full of people."

He shrugged, gazing out toward the dance floor. "No one here even sees me."

"Poetic," Lily said with a small smile. "I get what you mean, though. Everyone is putting on a face at places like this. They can't see you because of the masks they wear."

He blinked at her for a moment before nodding slowly. "Yes. That's exactly what I meant." He looked at her hesitantly. Finally, he lifted his hand up and held it out almost reluctantly. "I'm Nathan."

"Lily." She took his hand in hers and raised her eyebrows at his uncertainty.

At her reaction, he shook his head, and his lips melted into an adorable smile. "Sorry. It's just been a really long time since I've done this. Most women act like I don't even exist."

Lily couldn't keep her eyes from traveling to his broad chest. "I find that hard to believe."

"Well, believe it. Women brush past me without even a glance, and I pretty much give them the same treatment. You're the first girl I've felt like hitting on in a really, really long time."

Lily ducked her head, staring into her glass so she could hide her smile. When she looked up, her expression was composed. Her green eyes searched his. "You feel like hitting on me?"

Nathan's grin widened. "You tell me." His fingers tapped against the tabletop. He glanced down at them for a moment before his gaze lifted to her face. "I started this night thinking it was going to be miserable. Now, all I can think about is how cute you look in that costume."

Lily jerked in surprise. She glanced down at her skintight top with a grimace. "I hate to disappoint you, but I don't normally dress like this," she said with a blush.

Despite her initial reluctance to fall for his charms, Lily giggled. "Can't say I do. I usually wear my bunny costume for lounging days.”

"Good, because that's what I was aiming for." Lily crossed her legs under the table as she studied his clothing once again. "Speaking of costumes, what are you supposed to be?"

Melissa Hosack weaves a fast and fanciful ghost story in this paranormal erotic romance. Lily and Nathan have an incidental meeting and it&#039;s clear that they are perfect for each other. Lily was so easy to relate to, and I couldn&#039;t help but feel a connection with her and hope that everything would work out for her. Nathan was a solid hero, even though he&#039;s a ghost. It was a pleasure meeting Lily&#039;s friend and roommate, and I&#039;d love to see her get her very own adventure. I loved how truly believable this story was for me, how easy it was for me to suspend my daily life and fall under the spell. The author seamlessly intertwines romance and passion in this story, along with laughter and adventure. Without giving anything away, I love how this story ended and appreciated how everything was answered. I would highly recommend this story for anyone who is a fan of steamy short romances. It&#039;s Halloween and Lily Watson meets her dream man at a costume party and takes him home, but when she wakes in the morning, she discovers her ghost really is just that. Nathan has been wandering around for four years and can&#039;t believe his luck when he discovers that Lily can not only see and hear him, she can touch him as well. Everything is almost perfect, but Lily is running out of excuses for why her best friend can&#039;t meet her fabulous boyfriend. And neither Nathan nor Lily know how long the magic will last. Can love really conquer all?

Hoping some of your readers have just been lazy. Awesome read. Very moving, gripping. There&#039;s passion....then you plummet, then you soar. An unusual take on paraonormal romance. Recommended.