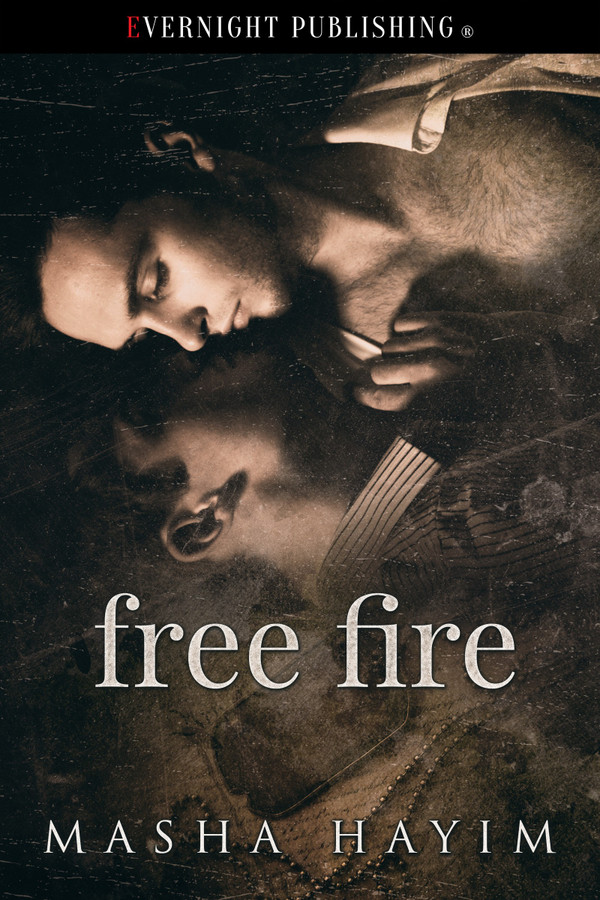 Belatedly, Sid realizes that Hart has stopped talking and is looking at him expectantly. Apparently, Sid has missed something crucial. “Sorry,” he says guiltily, “what was that again?”

Hart rolls his eyes. “I should have known you weren’t listening.” He sounds exasperated. “Why do you even bother to ask me questions if you don’t care about the answer? I spend all day, every day, talking to Americans who have no interest in my ideas. I don’t need to make it a hobby as well as a profession.”

“I just like looking at you,” Sid blurts out, then bites down hard on the inside of his cheek, mortified. Where did that come from? “Uh, I mean…”

Surprisingly, Hart’s annoyance seems to vanish. He looks at Sid consideringly and takes an audible breath. Then he steps toward Sid and puts a hand on his shoulder, leaning close to him. “Would you like to come back to my room?” he asks in a low voice, almost a whisper. His lips are very near Sid’s ear. Sid shivers.

“Uh, sure, yeah.” Sid is startled but pleased by the invitation. He’s relieved that Hart doesn’t seem put off by his awkwardness. He’s also curious to see what Hart’s room looks like. The allegedly palatial living quarters of the commanders and staff officers have been a topic of considerable discussion among the soldiers in the perpetually damp tent where Sid sleeps. “Right now?”

Hart seems unusually nervous and tense as they head up a small hill, through the strange trees. “What’s your platoon leader’s name?” he asks abruptly.

Sid glances at him, confused. “Lieutenant Mitchell. Why?”

“In case anyone stops us and asks why I’m bringing you here. I’ll say that I need to give you some papers to take to him.”

Sid laughs. “Okay. Why? Are lowly enlisted soldiers not allowed to hang out around where you live?”

Hart frowns. “It might seem, well, untoward, if they did.”

Sid shrugs. “Whatever you say.” As they come up over the hill, a sprawling white wooden building comes into view. It has a peaked roof and a wide, shady veranda; a few men are sitting there in rocking chairs. It reminds Sid of the pictures of Southern plantation houses that he had sometimes seen in his history textbooks at school. “Wait. That’s not where you live, is it?”

Sid whistles. “Are you fucking kidding me? You guys live in a mansion?”

Hart looks uncomfortable. “It’s not as luxurious as it looks. It has mice and wood-rot. And it’s only got cold-water taps.”

“You live in a mansion!” Sid repeats disbelievingly. “Some of the guys told me that, but I thought they were just bullshitting me. Like maybe you had actual barracks instead of a tent. This is like fucking Gone with the Wind up here!”

“It is, actually, a bit,” Hart admits. “That’s what this base is: a French rubber plantation. I suppose they decided to just use the existing facilities for us.”

“For you,” Sid says. “We don’t even have a floor where I am. We put down boards, but they keep sinking into the mud.” He glances around. “Is that what these weird trees are? They make rubber?”

“Yes. Every time your operations damage one of the trees, the plantation owners send your government a bill for two hundred and fifty dollars.”

Sid shakes his head. “That’s almost three times what I get paid a month. Good to know I’m worth less than a French tree.”

“You’re certainly much less productive and useful than a rubber tree.” But his tone is rather affectionate, Sid thinks. Well, maybe.

“You don’t seem to mind.” Sid elbows Hart, who flushes in response. They skirt the side of the building. Hart seems to be trying to approach it without being seen. Sid looks around and his eyes widen. “You have a pool!”

“What? Yes, I suppose we do. I never use it. I burn easily.” Hart tugs at Sid’s elbow, pulling him away toward a side door.

“You have a pool,” Sid repeats enviously. He looks back longingly at it. Even at home, Sid’s parents have never been able to afford the health-club membership that would have allowed him to use a private pool like this one, and public pools in Manhattan are always so packed with children in the summer that it’s impossible to do anything but splash around. Sid feels as if he’s spent half of every summer packed into the hot, crowded subway, taking the long ride from the Lower East Side to Coney Island. Swimming laps in the ocean, long and slow, is one of the few activities that seems to silence the angry chorus in his brain and un-knot the tense lump in his stomach; nothing else makes him feel so calm, not even his music. “Can I use it?”

“Not at the moment.” Hart glances around anxiously, then ushers Sid in through the side door. Sid follows him into a dim, musty-smelling hallway.

“Are enlisted guys not allowed to swim there?” Sid asks as Hart unlocks his door. “Maybe you could talk to the commander. I mean, they have rivers here. We need to practice swimming—”

“Shhh,” Hart says, pulling Sid into his room. His fingers are cool on the inside of Sid’s wrist. He shuts the door behind them and locks it. “Come here.”

Sid opens his mouth and then immediately forgets what he had intended to say because, to his astonishment, Hart is kissing him. Sid freezes. Hart slides a hand into Sid’s short hair and slips his tongue into Sid’s mouth, pressing up against him. Hart’s mouth tastes of smoke and coffee. Heat flares sharply between Sid’s legs, like a lit match dropped in gasoline.

Hart makes a pleased little sound against Sid’s lips. He runs his other hand appreciatively over Sid’s chest, down to his fly. His fingers find the bulge of Sid’s stiffening cock, squeezing and stroking him through his pants. Sid is instantly, achingly hard; he gasps dizzily for air.

Hart drops to his knees in front of Sid, tugging at his belt buckle. Sid still hasn’t moved. He finally manages to speak. “What,” he says breathlessly, “what are you doing?”

“Isn’t it obvious?” Then Hart glances up at Sid’s face and his expression changes. “What, do you really not know?”

Hart stands up, scrambling backward, away from Sid. He holds his hands up in front of his face as if he expects Sid to hit him. “I thought we understood each other. What did you think I brought you here for?”

“I don’t know. I didn’t really think about it,” Sid says honestly. He takes a step forward.

Hart looks both terrified and embarrassed. He cringes against the far wall, still holding up his hands. “Please just go,” he says. “I’m so very sorry. Of course I won’t bother you again.”

British Lieutenant Rupert Hart is in Vietnam trying to convince the US Command that this war of attrition cannot possibly be won. He’s done a lot of work on counterinsurgency and he’s certain that Westmoreland’s plan will not work. He’s certain that if Vietnam falls to the Communists, so will all of SE Asia. Well we know how this one ends. 19 year old Private Sidney Cohen has been drafted and sent to Vietnam. He’s none to pleased with this turn of events, but his attempts to escape the draft and induction have failed. He has no desire to be there and following his radical mother’s thoughts, the people of Vietnam have the right to determine their own fate. But of course he’s still stuck there. When these two men meet, it seems like it might be fate. Sid has no idea why he’s always been so angry and violent. But when Hart comes on to him, he’s shocked. But no unpleasantly so. He figures out THIS is what he’s been missing and why he never could even feign interest in girls. But of course they are in a war zone, one is an officer and one an enlisted man and of course they are two men. The manage to get around this little inconvenience and Hart does what he can to keep Sid as removed from the disastrous campaigns as he can. But then comes Tet. Both men end up injured at the onset of the Tet Offensive. Sid is happy to be getting out of Nam, but things are not at all as he expected when he gets home. Alienation, loss of Hart, his disabilities are all closing in on him. And he’s missing Hart terribly. He finally is able to locate him. But things aren’t as he expected. And it’s 1968 so what can they do? It’s a watershed year in American history and things look bleak to Sid. But maybe 1969 will be a better year

Dancing With Fire by Maia Dylan