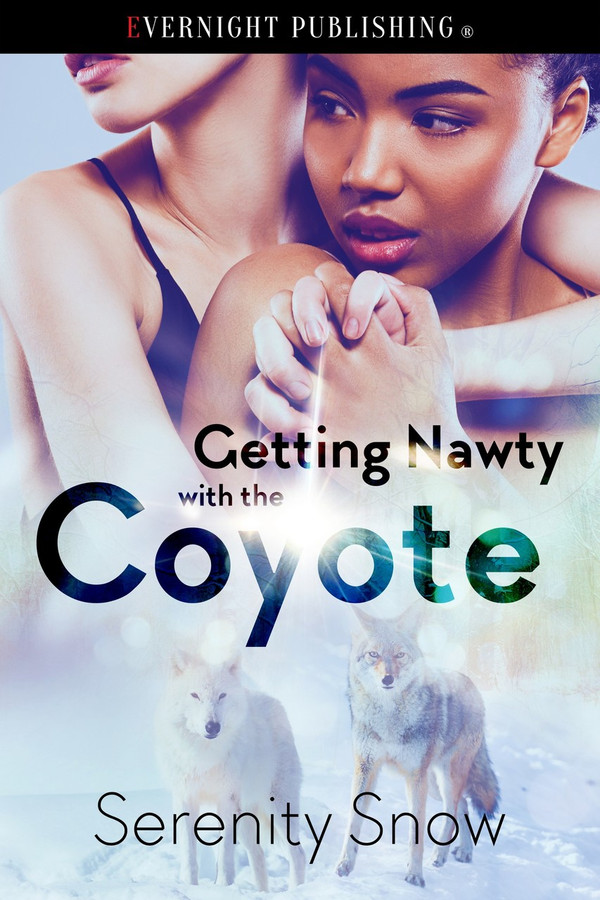 Her sister’s vicious murder tore Kamari from the small town of Hartsland sending her seeking solace in a new town. However, the sleepy town of Snowbury was anything but simple. Within its borders, heat flares between Kamari and Mica, a sexy bouncer.

An affair with the hot little waitress-bartender is exactly what Mica’s coyote yearns for, but the fire that sparks hot and burns bright could lead to betrayal of her pack when a brutal murder at Coyote Closet threatens to send its owners to jail.

As the deadly mystery and conspiracy unfolds, Kamari realizes she’s in a dance for her life with her sister’s killer, and she’ll stop at nothing to ensure animal law is enacted. Will the price for justice be her mate’s life or her own?

Mica Clawer’s gaze slid slowly around the room from the stage where one of the popular dancers was shaking her moneymaker in the crowded lounge where customers were enjoying the show.

A few dancers circulated along with a couple of waitresses dressed in little to nothing. One of them was the new waitress-bartender who’d blown into town two and a half weeks ago looking for work.

She had an interesting resume of popular strip clubs in four states as a dancer and bartender and it was easy to see why. The cappuccino-brown-skinned beauty wore a short skirt that barely covered her ass, and a cami that bared her shoulders and arms which were covered in blue and silver body glitter that formed a wolf head on the back of her shoulder.

She moved with grace, her inky black hair put up in a couple of Bantu knots tonight. More than one patron was checking her out, but no woman had a right to touch unless the girls invited and desired it.

Kamari Sang gave a little shake of her hips and the three women at the table all tucked bills into the waistband of her skirt before she gave them an engaging smile and moved on. The damned girl was too sexy for her own good and the way she worked it, she could be up on that stage stealing the show.

Their eyes met across the room, and Kamari caught the beat of the music and did a slow roll of her hips and shimmy of her perfect breasts before running the fingers of one hand down her throat, to glide between the valley of her breasts. Her hand flattened on her stomach, and she winked before meeting a customer’s gaze.

The woman tucked a bill into the band of Kamari’s skirt and Mica growled, the coyote inside her enraged at the patron’s presumption. Her hands clenched into fists and her claws tried to slide free.

The animal side of her wanted to challenge the wolf shifters at the table where Kamari was stopped. That’s when Mica tore her gaze away, realizing she was as riveted as ever and in much danger of losing her focus and her head.

She turned her full attention back to the dancers on the floor as she wrestled her coyote back under control.

“That was the always coy, Baby Love,” the husky female voice announced from just behind the stage. “Welcome the sexy Ms. Subline.”

Cheers broke out and music started anew, but Mica barely gave the blonde a glance as her eyes followed the two dancers now on the floor.

Despite the music, Mica heard her fine, but that was one of the first things all dancers and bartenders were taught. Never shout at the security. What the human women who came to work here didn’t know was that that a great deal of Coyote Closet’s patrons and staff were shifters and the club was owned and run by coyote shifters.

Their senses were superior to human ones, allowing them to see with clarity in the dimly lit room and hear even a whisper.

Mica didn’t look away from the room, but she didn’t have to. The soft scent of orchid-rose drifted to her announcing Kamari’s presence. She’d caught that interesting perfume even over the alcohol, sweat, and lust roaming around the club.

The coyote half of her was curious and wanted to track that scent and kiss every part of Kamari’s body the perfume scented. Then Mica wanted to kiss, to lick, and bite each part until Kamari moaned her name.

The sex scenes and tension between Kamari and Mica in Getting Naughty with the Coyte is steamy, sexy fun. Everytime they&#039;re around each other the room boils. You can tell that this book is part of a series and even though there were some parts that made me scratch my head and wonder, it was an enjoyable read. Kamari is curious and vicious when she needs to be but most all she just wants to figure out what killed her sister and who else is involved. The betrayal in finding it turns her world upside own and she seeks help. She’s very fast on her feet and the battles she gets in with Micca is funny. I was also guessing who would win which battle/argument between them. At the end of the book you get a sample chapter of Zara’s Fire, the fourth book in the Midnight’s Jewels series. Also if you enjoyed this book you might like Trouble Clef by: Kara Lowndes, Losing It Two at a Time by: Michelle Graham and In Cold Blood by: Naomi Clark as well.

I have read all three of these stories and would highly recommend them. Good story and super natural elements. With very hot sex sceens

As a fan of the series I was not disappointed with this third addition to the pack. Wow was there some intense heat and domination combined with two new leading ladies. What else can you ask for right not to mention the gang is back Sam,Addy,Syd and Cam. I was super excited that our very talented writer chose to go with Mica on third book we only got to see a peek of her in the other two books and I wanted to hear her story. Mica and Mari were explosive together igniting a flame leaving me to wonder who would dominate who. I&#039;m not telling you got to read it to find out its worth it. I loved the spice between the two ladies knocking heads left and right both fighting the oh so natural attraction they knew was there from first sight. There is no doubt that Ms. Snow knows how to spin a web of tantalizing characters that keeps me coming back for more each and everytime. I absolutely adore her work. You get it all action...creative story line...lust...love....want.need......and some of the hottest loving out there with a twist.... all of that and a bag of chips

Taking it Off for the Coyote by Serenity Snow