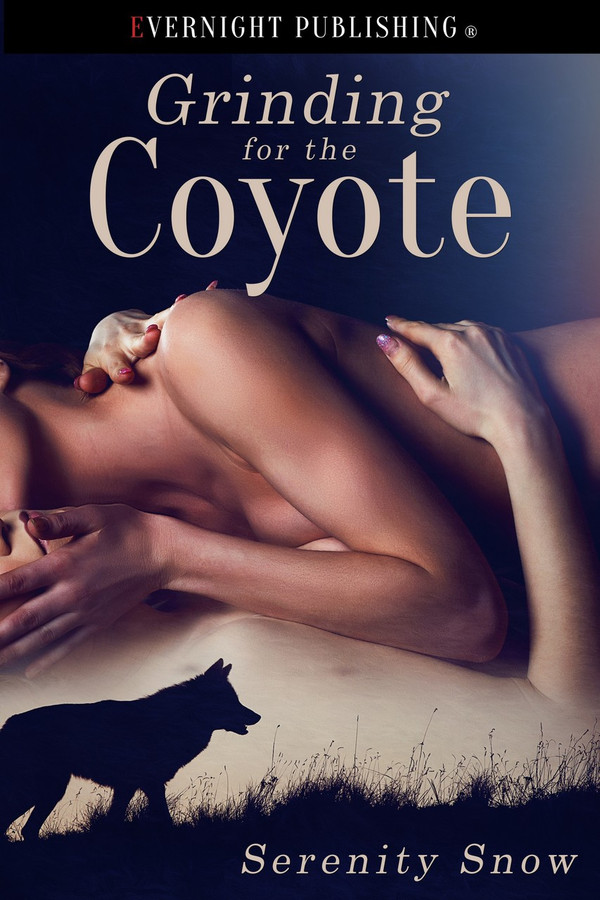 Adalyn thought she was building a safe, stable life. That was all she wanted after a childhood rife with abuse and fear. Then one evening she witnesses her boss’s murder and must escape the city to survive.

After four months of watching Adalyn dance, Samara is hot to get Adalyn in her bed. But Sam’s in heat and isn’t looking for a permanent romance—at least that’s what she keeps telling her friends. When Adalyn's in danger, Sam realizes she doesn’t want to let her go.

As things heat up, Adalyn is certain she should run away to protect Sam. But Sam isn’t inclined to let Adalyn go or allow the hyena to take Adalyn’s life. When a coyote shifter faces off against a hyena shifter neither will back down, but only one can be the victor. Will Adalyn’s heart or her life be the prize?

“It was lucky for me Leah asked you to meet her here,” Sam said softly. “I really wanted to see you again before tonight.”

Adalyn looked at her suspiciously. “Why?” she asked carefully. She couldn’t fathom what might be in Samarra’s mind. The woman was a mystery to her. Her energy was powerful with an edge of wildness that drew her rather than repulsed her like the energy of some of the patrons at the club.

She didn’t like wanting Samara, hungering to see her face, to feel her touch. She couldn’t wait to dance for her every night, and she’d missed it last night though she’d gotten something better.

“I told you, baby. I want to know you inside out.”

“For how long? You said you wanted a little of my time and just this morning you said you didn’t do ‘long-term’.” She threw Samarra’s words at her expecting her to at least glare at her before she amended or explained what she’d really meant.

Sam shrugged and leaned back against the back of the booth with the confident air of a woman at ease with the lie she was about to tell. She shouldn’t care. After all, the desire she felt for Samarra wasn’t the other woman’s fault. All she’d done was look good as she sauntered around the club.

“That doesn’t mean I don’t want our time together to be special.”

“Oh, I’m supposed to let you break my heart and be okay with knowing it’s going to happen? You arrogant ass,” she retorted.

Why didn’t the woman get emotional? Adalyn supposed she didn’t do emotion either.

“Here’s the truth, highlight it so you’ll remember what it looks like next time someone asks for it. I’m lonely and need you to be the woman I assuage my needs with, but you don’t get to mess with my head or emotions,” Adalyn told her. “My body is for your consumption but you don’t get any other part of me.”

Samarra watched her again with those beautiful enigmatic eyes that made her heart beat faster. She wanted to hate her for her effect on her, but Samarra was about to give her memories to keep her warm in the coming winter nights when she was alone. And if she was very lucky, the truth wouldn’t crack the illusion when she told herself she’d had a girlfriend and had not just been a flavor of the moment.

Could not keep it down. At one part, I had to put it down because it was at a climactic part where the story was going either way. Loved it.

Welcome to Coyote Closet ladies stay and relax. Have a drink or perhaps a lapdance. Get ready to kick off your shoes and enjoy the ride this creative and talented writer is going to take you on. You will fall in love with Sam the coyote shifter and Addy the witch both from two different paths destin to be together. Oh so sweet kindred souls. So you never want to mess with a coyotes mate because things could get nasty quick when your playing with what is hers and she doesn&#039;t play nice at all. I could not set this one down burning the wee hours. It was so hot I almost found myself out in the snow howling at the moon just to cool down. Am I ever glad there is another book to continue this fascinating look into the coyotes unverise. Thank you Serenity for sharing your beautiful work with us. You are amazing !! I loved it.

I enjoyed the twist on the coyote shifters, usually they make them the weaker shifters. I hope there is a second book because this one leaves you with a small cliffhanger. I also wish the author would have stuck to one name for Sam, it would be Sam one sentence and than Samarra the next. Could just be me but that bugs the hell out of me in a book, hence only the 4 stars. But it was a good story overall and I&#039;ll definitely be reading other books by this author.

Taking it Off for the Coyote by Serenity Snow

Getting Nawty with the Coyote by Serenity Snow