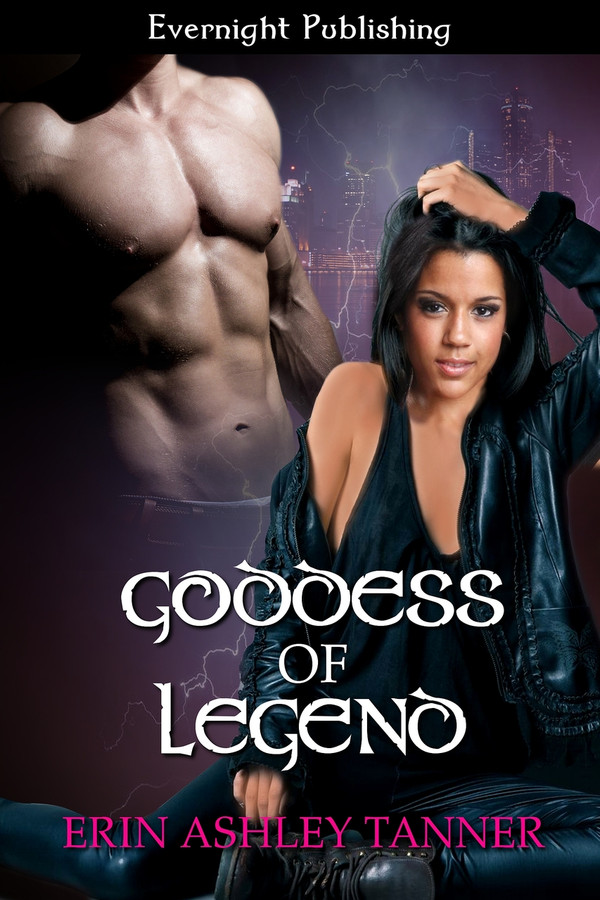 Cameryn Kane is a private investigator with a spirit problem. She can talk to spirits, solve any homicide, and has no love life. When an unexpected death sends her world into a tailspin, Cameryn finds comfort in the arms of a tall, dark and handsome stranger—Hades, god of the Underworld.

When Hades promises to bring her loved one back from the dead if she allows him the chance to woo her for six months in the dark Underworld, Cameryn readily agrees. While fighting her growing feelings for Hades, Cameryn must deal with the return of his ex-wife, Persephone, who is determined to get her husband back.

Cameryn will soon experience love and betrayal while discovering powers she never knew she had.

“I think we should talk,” she said cutting right to the chase.

“What happened between us was extraordinary. You made me feel like I was special, and I will always treasure that.”

“I’m a mess right now. My sister was killed in an accident yesterday. That’s why I was at the bar last night. It’s also why I brought you home with me. I wanted to forget about my pain.”

“I can sense your heartache. I would never want to do anything to add to it.”

“You’re not. You’ve been so sweet. Any other guy would’ve probably run away as fast as he could if he woke up next to a hysterical female.”

“I think it’s best if we don’t see each other again.”

“I’m not trying to hurt you. It’s just I have a lot to deal with right now, and I can’t devote myself to a relationship. I’m sorry.”

H looked at her with sadness in his eyes. She could see that she’d hurt him. Now she was feeling like a real bitch. She could be letting a really good man slip away because of her issues. Cameryn felt her breath catch in her throat as his jaw tense, and he looked at her with an unreadable expression on his face.

“What if I want a relationship with you?” he asked quietly.

“If you weren’t grieving for your sister would you consider giving us a chance?”

“I’m not sure,” she said honestly.

“You’d give anything to have your sister back, wouldn’t you?”

“Of course I would. Anything. But death is final,” Cameryn said climbing out bed and grabbing her robe.

“Are you out of your mind? Deena’s dead, and nothing can bring her back,” Cameryn said as tears started rolling down her face.

“Not until you listen to me,” he said getting out of bed and walking over to her.

Cameryn tried to ignore his nakedness as he stood in front of her.

“I know this is going to be hard for you to believe, but I’m not really human. I’m Hades, the Lord of the Underworld, and I can give you back your sister,” he said softly touching her face.

Cameryn laughed. A deep bellyaching laugh. He was out of his mind. Trust her to pick up a crazy one night stand. What a waste.

“Listen, H, or whoever the hell you are, I’m not sure if you bumped your head or something, but clearly you have some mental issues. I really think you should go now.”

“Cameryn, I can assure you that I’m in complete control of my mental faculties, and I’m more than willing to prove it you,” he said smiling.

“Go ahead. Knock yourself out,” Cameryn said now fully convinced her dream lover was certifiable.

She crossed her arms and watched as he closed his eyes. He seemed to be concentrating hard. Cameryn couldn’t stop the gasp that came from her throat as she watched his naked body become magically swathed in black robes. She blinked rapidly, just to make sure she wasn’t imagining things. Nope. He was still standing in front of her wearing dark black robes. She started to shake when she saw a bright blue light surround him. When he opened his eyes and stared at her, she could see flames dancing in his eyes.

“Okay. You’re a magician, but you’re going to have to do better than that,” Cameryn said brazenly refusing to believe what she was seeing.

“Very well,” he said in a voice that now boomed.

Since when had his voice boomed? Cameryn screamed as he disappeared right before her eyes. When he reappeared in front of her a moment later, black clouds swirled around him. What had she gotten herself into?

“I’m Hades, God of the Underworld.”

“You mean as in Greek god Hades? No. That stuff is only a bunch of myths.”

“And yet I stand before you now. You of all people should know that everything is not as it always appears, Cameryn.”

“What are you talking about?”

“You can talk to the dead. You find their spirits that cry out for rest.”

“How do you know about that?”

“I know a lot about you. I’ve been watching you since the day you were born,” he said staring at her intently.

“A chance for what?”

“To woo you. Come to the Underworld with me.”

“Huh?” Cameryn asked too dumbfounded to believe what she was hearing.

“Come to the Underworld with me. Give me six months to show you that I can love you the way that you deserve. I want to make you immortal and have you rule at my side as my wife and queen for all eternity.”

It took everything in Cameryn not to run out of her bedroom screaming. He wanted her to be his wife! To be his queen! She had to be hallucinating. Maybe he’d drugged her last night when she wasn’t paying attention. But wait a minute. If she remembered her Greek mythology right didn’t he already have a wife?

“And what does your wife think about this? I’m sure she wouldn’t be pleased that you’re trolling for human women and I have no desire to be struck down by an angry goddess.”

“I have no wife,” he said shortly.

“Correct me if I’m wrong, but didn’t you kidnap some goddess and force her to be your wife or something?”

“That part of the myth was incorrect,” Hades said with flames dancing behind his eyes.

Uh oh. It looked like she’d made him angry. If he really was a god then she was about to be vaporized. Perhaps she’d better leave the subject of his marital status well enough alone.

“If I agree to this, what happens at the end of six months?”

“Your sister will be returned to life, regardless of whether or not you decide to remain with me in the Underworld. It is my sincerest wish that during our time together you will come to love me as I already love you.”

“And if I stay with you, I’ll become immortal?”

“This is a lot to process. I don’t know what to say,” Cameryn said plopping down on her bed.

“I don’t expect you to make a decision right now. I’m a patient man. Take as much time as you need,” he said starting to fade away.

“Just call for me, and I will come. Farewell, beloved,” he said caressing her face.

I have loved Greek/Roman mythology since I was in high school. The stories were full of lust, intrigue, death, and jealousy. Some of the stories were essentially soap operas of their time, but much classier and heavy on incest. So when I read the summary for Goddess of Legend I was very excited to read this story. The tone is similar to the 90s TV show Hercules and Xena with a lot of camp, romance, and fast paced action. It keeps any sort of character development to a minimum. I found myself really enjoying the story despite its flaws. Cameryn is a strong and smart heroin that has the potential to be a badass character given enough time. I liked how independent she was but found her constant need to run away from her problems to avoid dealing with emotionally hurtful situations to be irritating and childish. Hades, on the other hand, was not a well-drawn out character. He was too perfect and did not seem to have an identity of his own. I found that very hard to believe that an ions old god would spend most of his time pining over one woman. Having said that, I did like Cameryn and Hades’ relationship. They were supportive of each other and you could clearly see that they were falling in love. The one issue that I could not get over was how the story leaves a lot of plot line unfinished or fast tracked without much explanation toward the end of the story. For example, Cameryn suddenly can use super powers that she did not begin the story with and is somehow able to use said powers as effortlessly as if she had been using them her whole life. If this does turn into a series Ms. Tanner really needs to work on tighter plot construction and flesh out her characters so that they are more fleshed out. She has a good story on her hands, it just needs more work. I will still recommend this story as it was a fun and captivating read.

This is the first ebook of Erin Ashley Tanner, and I must say she has made me a fan. Thank you for showing Hades in a different light. The love and gentleness he showed Cameryn was awesome. Cameryn was his equal in ever step of the way. She had what it took to stand next to Hades. I hope those who read this book enjoy it as much as I did.

Love it! Love it! Love it! Cameryn is the type of heroine I like. She&#039;s beautiful, sassy, and can kill a god without batting an eye. Two enthusiastic thumbs up Erin and I can&#039;t wait to read more from you!

The Fixer by Erin M. Leaf