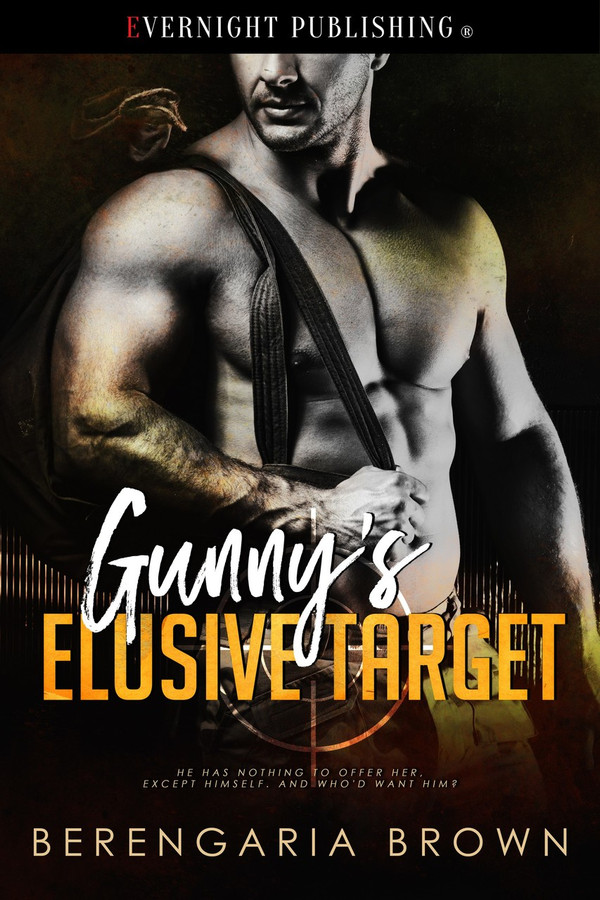 Gunny’s whole life has been the military. He joined the cadets at age twelve, the navy at age seventeen, and was posted overseas just after his eighteenth birthday. He cheated death so often he figured his luck was sure to run out, so now he’s retired. With no money, no qualifications, no civilian friends, no life. He wants Catherine the moment he sees her. But with no job and no desire to return to Afghanistan, he has nothing to offer her, except himself. And who'd want him?
Catherine has her own battles to fight, her own problems to solve, and her own life choices to live with. She hasn’t got time for anything else right now. How far will they go for love?

Catherine couldn’t remember the last time she’d just sat and relaxed like this. Or the last time she’d been on a date with anyone at all, far less someone as handsome as Paul. Actually, she’d never dated anyone as nice as him. It was hard to believe he hadn’t given his heart to someone years ago. Or maybe he had and she’d turned him down. But he didn’t seem sad, so that couldn’t be the reason he was still single. And he definitely wasn’t gay. She’d seen him glance at her legs when she’d climbed into his truck and had recognized the look on his face as the same thoughts as she’d had when she’d wished he’d take his shirt off at JoAnn Smith’s house.

And he was so kind and thoughtful and caring of people, as well. Oh. “What happened about the school bus? Were you able to find out about it?”

He turned his head, his square chin, chiseled features, and dark-brown eyes so sexy her heart raced and her breath hitched. When he smiled, his entire face glowed and she wanted to hug him.

How could this happen? She hardly knew him, yet she was lost in a haze of desire that she’d never, ever felt for anyone before.

Catherine forced herself to breathe slowly and deeply and listen to his reply. But it was hard. Sure, she wanted to know the answer, but she wanted to fling herself into his arms as well.

As a former Gunnery Sergeant, Paul Winters was used to doing what it took to get the job done, and helping out around the small complex and trailer park where he’d settled helped pay the bills. Catherine worked hard picking up odd jobs and slowly chipping away at the crushing debt her parents’ medical bills had left her with. While they both were working hard to juggle their own lives, neither could deny the attraction they felt for the other. I found this to be a lovely, slow-burning sexy romance. I really enjoyed how the author allowed us as readers to get a good, solid feel for what both Catherine and Gunny were like as characters, as well as their own personal situations were before sparking the flame of attraction between them. I also enjoyed how both Gunny and Catherine weren’t just simplistic, two-dimensional characters. Each of them had a solid history and plenty of things outside their blossoming romance going on in their lives. This helped the story feel far richer to me, and more complex than just two people falling in love and starting a life together. Personally, I really enjoyed the slow-burn style of romance this story showed between Gunny and Catherine. For me, considering they’d never really met or spoken, only seen each other around their apartment complex in passing, the slower pace of them getting to know each other made sense and made the relationship as a whole feel more logical and natural. I could understand though if some other readers would feel this pace is too slow – particularly for an erotic romance story. It was over half way through the story before Gunny and Catherine really started to admit their feelings for each other and even further into the story before they acted on their attraction. I felt this made the story as a whole feel more steamy or sensual – rather than erotic. With interesting and layered characters, I really enjoyed the fact neither Catherine nor Gunny felt cookie-cutter or thinly drawn. They both felt realistic and relatable to me and I enjoyed getting to know them both and following them as they got to know each other and begin their relationship together. With a strong but small cast of secondary characters and a solid plot this was a great, quick read and one I’d happily recommend.