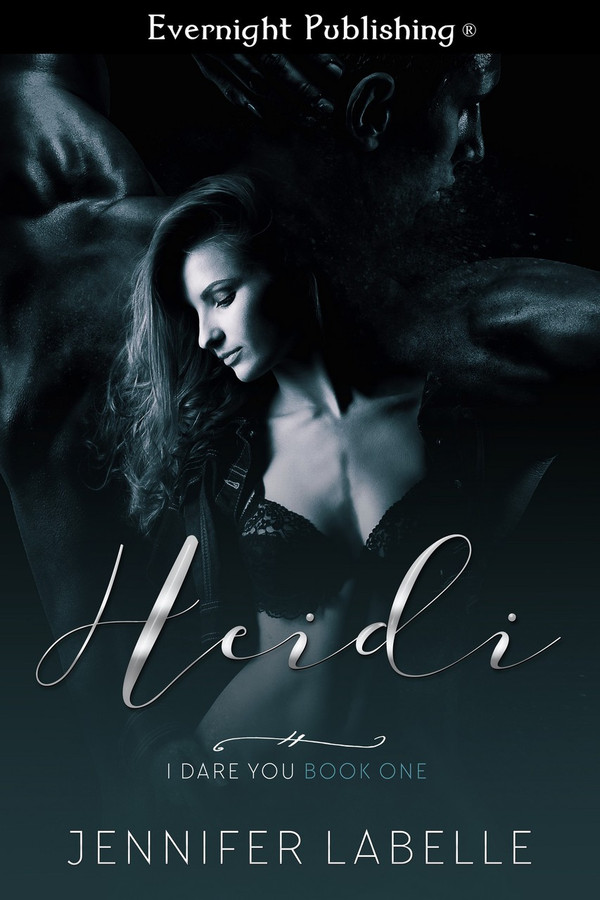 A blonde, a brunette, and a redhead walk into a bar…

After an embarrassing encounter with her roommate Nathan, Heidi Taylor is in major need of a drink and a place to hide. She calls in her two closest friends, Zoey and Meagan to help rescue her. After they meet at a bar and the liquid courage sets in, she comes up with an unusual plan in the form of a dare for each one of them.

Heidi fell in love with a man who’s off limits and she’s afraid to tell him how she really feels—until a bet is made and her friends challenge her to make a move. But Nathan De Costa makes it easy on her when he suggests she needs a little spice in her love life, and designates himself as her something spicy.

There was a large gap in his blinds, and thanks to the sun, he woke up before the alarm went off. It was the start of a piss-poor day already, and he sighed. It was the weekend, and he couldn’t sleep in or enjoy round two with his latest one-nighter because he was interviewing roommates again. He had just over an hour to get the house straightened up and get what’s-her-name to leave.

Kelsey, Kaylee? Fucked if I know. He got up to go take a leak. By the time he got back to his bedroom, there was an annoying beeping sounding from his nightstand and the naked woman in his bed groaned.

“Time to get up, babe. I’ve got things to do.” He tapped her butt cheek on his way to pick up his jeans from the floor and slide them back on. He’d managed to just get them over his ass before big tits pressed against his back and pretty little hands made a grab for his junk inside of his pants.

“Hmm, what, no good morning?” What’s-her-name purred. “I was hoping to play first, maybe get a little breakfast.” She moved to stand in front of him, pulled his pants further down, and pouted.

“No time.” But his cock had other ideas. It saluted the both of them, engorged at full mast and wanting out to seek the pleasure she’d promised while she jacked him off.

“You sure?” She raised an eyebrow in challenge and dropped to her knees in front of him to replace her hands with her mouth.

Jennifer is a new author for me and while reading the blurb, I knew I had to have this book. Heidi falls for Nathan but doesn&#039;t know how to tell him. After spying on him during one of his &quot;hookups&quot;, Nathan catches her watching and it&#039;s game on! Of course, things never seem to run smoothly and Nathan screws it up. I wanted to smack him so bad! (You&#039;ll know it when you get to the part) It take the help of a very wise lady friend and his neighbor, Rafe, to help him set it straight. I sat here while reading this cheering for Heidi and Nathan, and Rafe too. Heidi has two close friends who have their own stories and luckily, both stories are already out. I can&#039;t wait to read those. Wonderful book from a new author for me. She&#039;s on my radar now!!! LOL

Living out your wildest fantasy is an understatement in this story. Jennifer Labelle,You girl took me over the edge with this one. Heidi is definitely one heck of a lucky girl. Nathan waiting to make his move after three years was so worth it. Hot, Hot Hot!

When I found out Jennifer was writing this book I couldn&#039;t wait to read it. But I also knew that I had to go into this one with an open mind. I&#039;ve read three of her previous novels, Bittersweet, Broken Survivor, and Always, and I simply adored each of those stories. Heidi had a completely different kind of vibe to it than the three that I&#039;ve read before. It was a short, funny, and definitely HOT read! And I definitely had to fan myself off a few times while reading this bad boy. The reason I docked it a star, wasn&#039;t because I didn&#039;t enjoy the story, because I DID. It wasn&#039;t because it was poorly written, because it WASN&#039;T. There&#039;s a scene (an extremely erotic scene) contained within this story that I don&#039;t usually read about, but that&#039;s just my personal preference. I know of MANY who people who do love to read this type of scene in their stories. I won&#039;t tell you what it is because I don&#039;t want to ruin anything for you when you decide to read this fantastic story. In saying that, I still can&#039;t wait to read the following instalments to this series by this amazing author. Jennifer Labelle has a life long fan in me. ♥