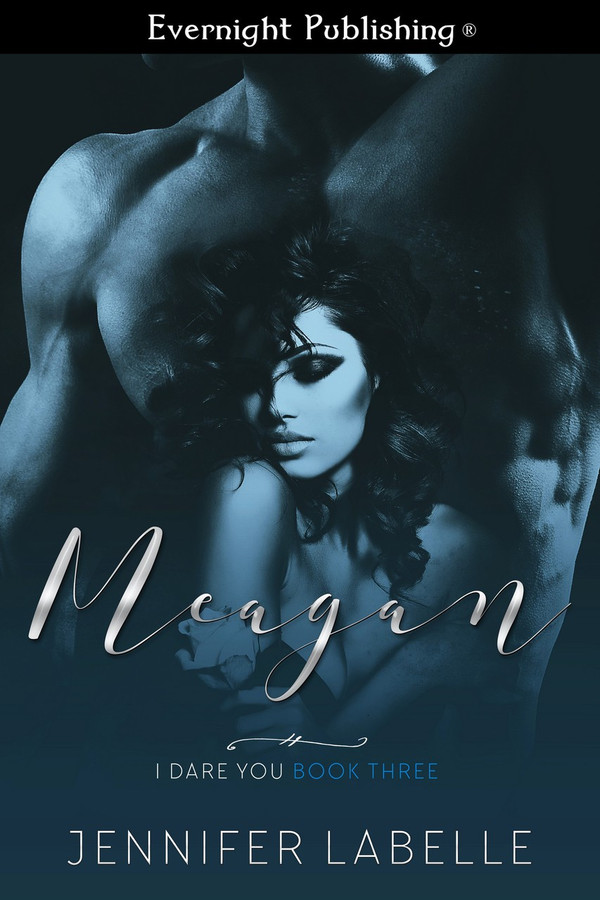 Meagan Morales has innocence written all over her and she’s tired of it. So when her friends dare her to have an office affair with a man she’s been crushing on, she jumps at the chance to spice up her life. But the dare goes horribly wrong, and she hits a rough patch in life and in love—until she meets successful rocker Lyric Cooper. Just when she opens up to the idea of a new love, danger lurks in the shadows and she may need to risk her heart again to survive it.

She needed this man, and Coop let her take the lead. She loved him for it because she was feeling vulnerable and needed the control, however small. She couldn’t help herself, and had to feel the person she felt safest with as close as possible. The same person she was falling in love with. She’d fantasized about this very moment several times over.

His mouth was firm, soft, and warm against her. Her lips lingered to savor his taste with a few pecks on the lips at first to make sure he wanted this as much as she had. Meagan took his groan as a surrender and went to move her body as close as she could get to his. She leaned back and pulled him down on top of her.

She slid her arms around his neck and threaded her fingers through his soft blond locks. Her tongue came out to trace his lips, and he parted for her. She pulled her tongue back and nipped his bottom lip before she sucked on it. “You’re driving me nuts, Meagan.” Coop groaned again. “And I’m going to really kiss you now before you kill me right here.”

This time, there was no going slow. She put everything she’d been holding back into their kiss. She wanted him and would leave no question in his mind as to the fact that she did. Her tongue caressed his. It was a silky, wet warmth of entanglement as they rubbed and tasted each other for the first time.

The butterflies in her stomach went haywire, as if an electrical current were flowing through him and into her. She wondered if he felt it, too.

Coop’s tender touch nearly undid her. He touched her as if she were the most precious gift in the world as he placed his hands along her jawline. His thumbs moved up and down across the side of her neck, and she winced once he hit a tender part of it. “Shit, Meagan, I’m so sorry.”

“Don’t be. Please don’t stop.” She reached for him again, but he sat up again and kept a safe distance between them. “Coop?”

Shit! She felt like kicking herself for ruining the moment, and it had been such a good moment while it lasted. She bit her bottom lip to fight off the sting of rejection. It was ridiculous to feel that way, but still there regardless. He cursed again when a stray tear fell down her cheek.

“You know I’ve been dreaming about kissing you since the moment I laid eyes on you.” He smiled and stretched out onto the bed beside her, and then he reached out to do nothing more than hold her. She had her body nestled next to him and sighed as she laid her head against his chest, listening to the soothing sound of his beating heart while he held her.

“Because I knew you’d been burned, and I wasn’t sure you’d be ready for anything I was ready to give you. But I couldn’t let you walk out my door without knowing I could see you again, and it worked out perfectly that you needed a job and I had one available. I also knew I needed to go slow with you and that if you wanted me, I’d have to let you make the first move. I’m not sure how you feel, Meagan, or what place I’ll have in your life for sure, but I’d rather have you as a friend than nothing at all.”

Meagan is tired of being innocent but betrayal makes her cautious of even Mr. Right. This is the first book I’ve read in this series and I didn’t have an issue with the plot. It is a sweet yet sexy romance. Contemporary isn’t my first choice in genres but I really enjoyed this one. The characters really make this book. I routed from Meagan throughout the story. If you like romance, then you should pick up a copy of Meagan in the I Dare You series!

I felt so terrible for Meagan when her part of the bet went horribly wrong. The man she worked with and had been crushing on, ended up using her and leaving her hurt, not only emotionally, but physically as well. She finds herself alone, and reluctant to get into another relationship with a man. But the moment she walks into a bar and her eyes meet none other than sexy musician Lyric Cooper, she&#039;s unable to resist the pull. In saying that she still doesn&#039;t rush into things with him. Once again, Jennifer...you sure know how to write some seriously dirty sex scenes. Yes there is depictions of group sex (not Meagan and Lyric) with secondary characters. The difference with this story, which by the way was my favourite of the three, was that Lyric was so unbelievably sweet, protective, and patient with Meagan. He never pushed her into something she wasn&#039;t ready for. He waited for her until she was ready to approach him. This book along with the other two are fast and fun reads, with some seriously raunchy sex play. Normally, this isn&#039;t the type of book I read, but I love this author and I have to honestly say I did enjoy these books, especially Meagan&#039;s story.