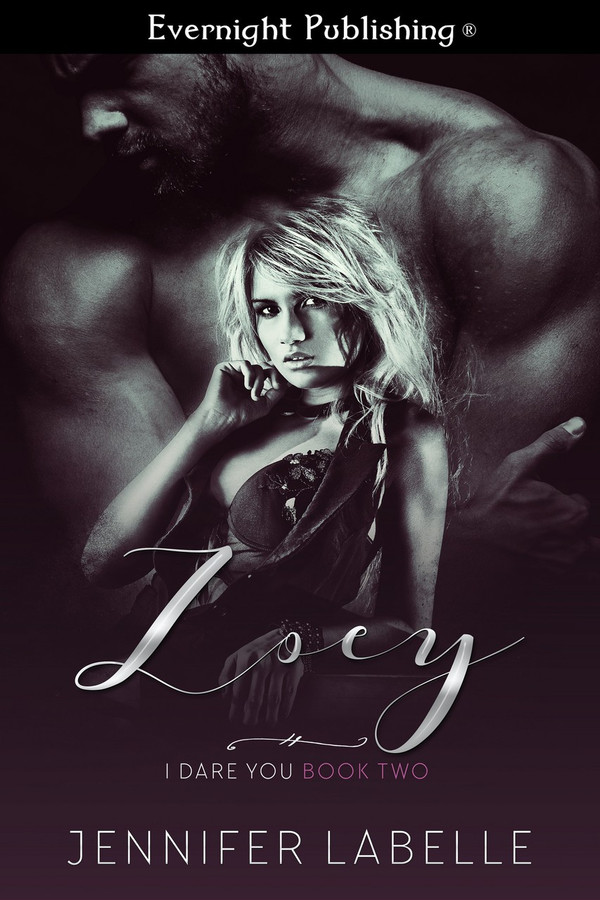 Rafe Zakas is hoping Zoey will consider being their fourth. He needs something more from his two lovers and Zoey is just what he thinks he needs to help him settle down. There is a void she seems to fill within him, and it’s up to Zoey to decide if she’s okay with their new found love and unconventional lifestyle, or will she stick to the life she’s used to?

“Okay, now that she’s gone, what’s wrong?” Zoey got right to the point.

Heidi bit her lip. “I’m extremely happy, don’t get me wrong. Nathan and I are in love, and hell, who am I kidding? He’s perfect for me. Then we have Rafe to complete us, but I’m a little worried…”

“About what?” Zoey snorted. “I envy you right now. Not only one, but two drop-dead-gorgeous men who worship you. Would you like to switch places?” she joked; she couldn’t imagine what would have Heidi so worked up.

Her banter was meant to lighten the mood, and it worked, because Heidi smiled. “Very funny.” Heidi playfully nudged Zoey’s shoulder before placing her arm around it. “What I need is to find a good woman with an open mind to make our fourth. Know anyone?”

Heidi grinned larger as Zoey tried to process what she’d just heard. And it looked like she was waiting to go on until Zoey gave her a reaction. Holy cow! Butterflies danced in her stomach, and her heart soared with longing. Me, me, me! she wanted to shout, but decided to play it cool until she knew more. “What?” She did a double take before her lips slowly upturned into a beautiful smile of her own. “Why on earth would you be looking for someone else?” She chuckled as if in disbelief and took a step back from Heidi to place their coffee mugs in the kitchen sink.

“Because as much as Rafe loves being with Nathan and I, our move took a toll on him and he’s beginning to feel like the third wheel.” Heidi sighed again. “I don’t want to lose what we have, Zoey, but what matters most at the moment is his happiness.” Heidi smiled shyly. “Last night when we were in bed together, I could tell something was up, and he finally caved. He wants what Nathan and I have together with a woman of his own, but he also wants to involve her with us. His exact words were, and I quote”—she made air quotes with her fingers to emphasize—“‘I feel like I’m in the way. You’re both married now, and what am I, your play toy?’ After assuring him that wasn’t the case, he said he just wanted something spicy like what Nathan and I have. I mean, what am I supposed to do?”

“Oh, Heidi.” Zoey wrapped her arms around her in a hug. “I’m sure it will all work out. I mean, I’ve only met Rafe a few times, but anyone could see the chemistry between the three of you. You’re the envy of every woman.” She smiled and pulled back to look her in the eye. “So what do you want to do?”

“You’re kidding, right? I want to love both my men. It took forever for Nathan to notice me, and I cherish my every waking moment with him, and then there’s Rafe. He’s an added bonus neither of us expected, but we love him, and right now my mission is to make them both happy.”

“They’re lucky to have you.”

“Okay, then, so we’re on a mission to find Rafe another woman. Do you have any ideas about how to go about this? I mean, do you have someone in mind, or are we going in blind? We could check out some bars. There’s this great place down the street called The Rendezvousthat I go to time and again. Tuesday nights are half-price drink nights. The place is usually pretty packed. Or are you going to let nature take its course? Rafe’s a gorgeous guy. I’m sure he’ll have no problems at all finding female attention.” Zoey shrugged and focused her gaze on Heidi again. She was genuinely curious about how Heidi would figure this out and secretly hoped it would be her they chose since they already had chemistry. She also knew she needed to tread carefully. It was her best friend’s happiness they were talking about here.

“I am on a mission, a fact that I’ve stated to Rafe, and he seems okay with it. I have no doubt the man could get anyone he chooses to, but it’s different this time. He wants to settle down with someone who will accept him for who he is, lifestyle choices and all. Before we moved, there were memories at Drink Nights I’ll cherish for the rest of my life.” Heidi smiled dreamily, thinking of the night Nathan had proposed there. “And I’d love to check out The Rendezvous. Maybe we could all go together sometime?”

“You, me, and your two gorgeous men. Hell yeah, that sounds like a plan.”

Because of a drunken bet, 4 people&#039;s lives intertwine and they experience intense moments together. They find understanding, love for each other and life partners. Although a very quick read Jennifer captured and kept my attention to the point I couldn&#039;t put it down. Blushing and biting my nails through it all.

I&#039;m typically more invested in contemporary romance novels, but I can certainly appreciate a fantastic erotic story on the rare occasion that I read one. And this book was no exception. Zoey and the rest of the I Dare You Series comes from the fabulously dirty whorish mind of author Jennifer Labelle. It&#039;s fun and lighthearted. Seriously hot. And even though it includes a sexy foursome, it&#039;s more than a raunchy sex fest. Yes, there&#039;s hot, blow your mind sex in it, but it&#039;s also a story about friendship, family and most importantly love. I&#039;m really looking forward to reading the third and final book to this series. Will Meagan succeed in seducing the hot professor? I sure hope so.

Gentling the Submissive by Zoey Marcel