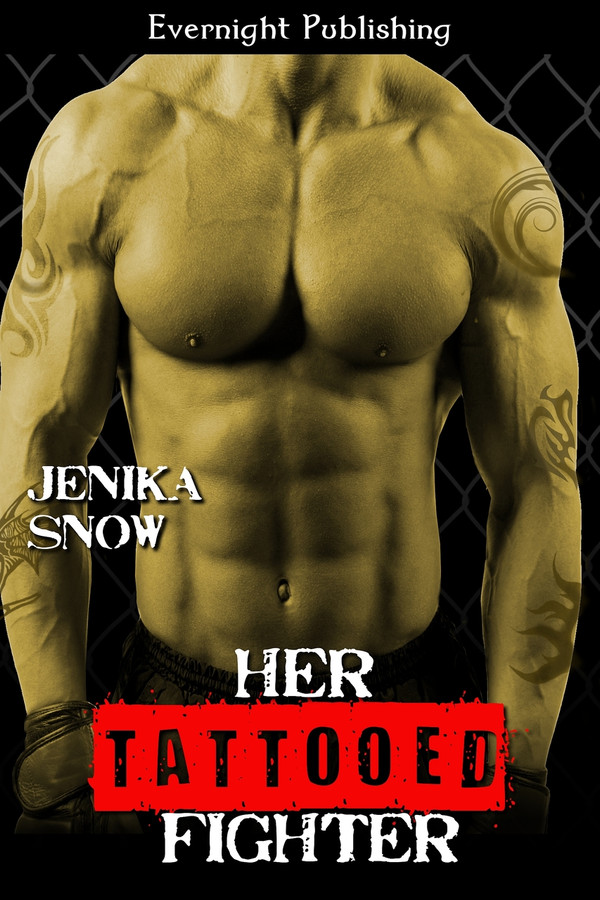 The Fighters of Absinthe, 2

There's fighting, and then there's bare-knuckle, hold nothing back fighting...

Sunny McGrieve has lived around fighters her whole life. With her dad training ruthless men who excel in MMA and fight in the underground circuit, she is no stranger to violence. But her father has warned her about that breed of male, and that means the man she wants, London Stein, is out of the question.

London enjoys women like he does his fights: hard and fast, and with no regrets. Then there is Sunny, the girl he wants but can't have. When he finally has her, London knows that he has no intention of letting her go. But her dad and Mack, the big Russian that sees her as a little sister, aren't his only problem, not when he has been challenged by a no rules fighter, "The Lion".

Having her so close, and in his car had his deflated arousal rearing up again. His dick became hard from zero to sixty in three seconds flat. He couldn’t get to his place fast enough, especially not when she reached over, pulled his cock free, and proceeded to give him road-head. Hell, his normally timid little Sunny was taking the reins.

“Sunny—” Her name came from him on a strangled groan, but was cut off as she hollowed out her cheeks and took him in deep. “Shit, baby,” he breathed out roughly, not able to think clearly let alone say what he wanted to.

She pulled away from long enough to say, “I’ve never done this before. Am I doing it okay?”

“Yeah, baby. You’re really fucking good at it.” She smiled and went back to moving her mouth up and down on his dick, and he tightened his hands so hard on the steering wheel that his knuckles turned white. How in the hell was he supposed to drive? “Sunny, baby.”

His words were cut off when she took as much of him as she could. The tip of his cock hit the back of her throat, and she fucking swallowed around him. The sound of her gagging shouldn’t have turned him on, but fucking holy fuck hell did it ever. Oh, Christ. It was so damn good. Her soft moans vibrated along his length, and he rested his head on the back of the seat. She bobbed up and down, and it got to the point that he had to pull over or he’d wreck the fucking car. Sunny pulled away from him, the sound of her wet mouth coming free from his shaft resounding in the car.

They stared at each other for a long moment, and then in a flurry of movement he was reaching for her. Their mouths crashed together, and he went for the button of her jeans. She pushed his hands away and undid them herself. It took some maneuvering on her part, but once she had her pants and panties down her thighs and off one leg she went positioned herself on top of him. He reached for her top, pulled the hem down, and freed her glorious breasts. They bounced from the movement, her nipples rock hard and his mouth watering. “Have you always used condoms?” Her words confused him at first, and only when he pulled his eyes off her breasts and looked in her face did they finally register.

“Yeah, baby, always. Why?” She licked her lips, and his gaze was once again trained on the sight.

“I’m on the pill. To regulate my period.” It clicked on why she asked him that and why she was now telling him about being on birth control. Swallowing roughly, he let her words sink in. His cock jerked between his thighs at what she was implying.

“Are you sure, Sunny?” She didn’t answer, just moved until she now rested right on his cock. He hadn’t penetrated her yet, but the hot, wet feel of her was enough to have pre-cum spilling from the tip of his dick. The fit was tight, but he liked it that way, liked the way her body molded to his. She reached between them, and his eyes rolled back in his head when her hand wrapped around his cock. She rose up enough that she could place the head of his erection at her entrance. “You’re so fucking wet, baby. So. Fucking. Wet.”

He’s a bad boy fighter covered with tattoos with a reputation for running through women like water. She’s the beloved daughter of his trainer, a good girl who knows better than to get involved with a fighter, but is drawn to him like a bee is to honey. And when they get together, it is absolutely, positively HOT (in all capital letters). Author Jenika Snow once again turns up the heat in the second installment of The Fighters of Absinthe series. Maybe it is a natural response to the storyline, but there is just something about these MMA/underground circuit fighters that kick start the engine. While the story itself isn’t incredibly long and may lack the development of a full-blown novel, the heat level is strong enough to push it into the upper review tier. The draw of the story is more about how it is told in comparison to the actual storyline itself. What sets it apart is the high intensity of the erotic element, crafted to completely captivate the reader. There’s plenty of room for additional stories in the series, particularly with the sneak peaks we get of some of the characters. I’m on board for this series and ready to see what is next.

London Stein Has been an underground fighter since he was eighteen years old. As he nears thirty, he knows he wouldn’t want to change the way he makes his living. Sunny McGreive has grown up around fighters all her life. After all, her father, Harlond, owned and operated the gym where many of them trained. Neither he nor Mack, who was like a brother to her, would approve of Sunny getting involved with one of the fighters. But she couldn’t help her attraction to London. She knew he worked hard and played even harder. Why should the fighters settle for one woman when there were so many women throwing themselves at them with only the chance to bed a fighter on their mind? London has desired Sunny for such a long time, but knows she is so much better than him and deserves a nice guy with a normal life. They both fight the attraction until it blows up and they cannot resist their mutual desires any more. That’s when the trouble really starts. Jenika Snow has given a love story for anyone who has ever been drawn to the bad boy your mother always warned you about. London and the other Absinthe fighters are all rough and ready loose cannons until they meet the one who tames their hearts and takes away the emptiness in their lives and fills them up with love and warmth. Come along and read about these wild men and the women who tame them. Share their passion and joy at the discovery of finding the one that completes them. If you are lucky, you just might find a fighter of your own. Although the language is rough and the love scenes intense, you will fall hard for these strong characters, both the male and female. After all, an alpha male needs and alpha female that will keep him in line as well.

I really enjoyed reading Sunny and London&#039;s story. These two were dancing around their attraction to each other until one night when they both decided to make the next step. This was a quick read and I am enjoying this series!

Break Her by Jenika Snow and Sam Crescent