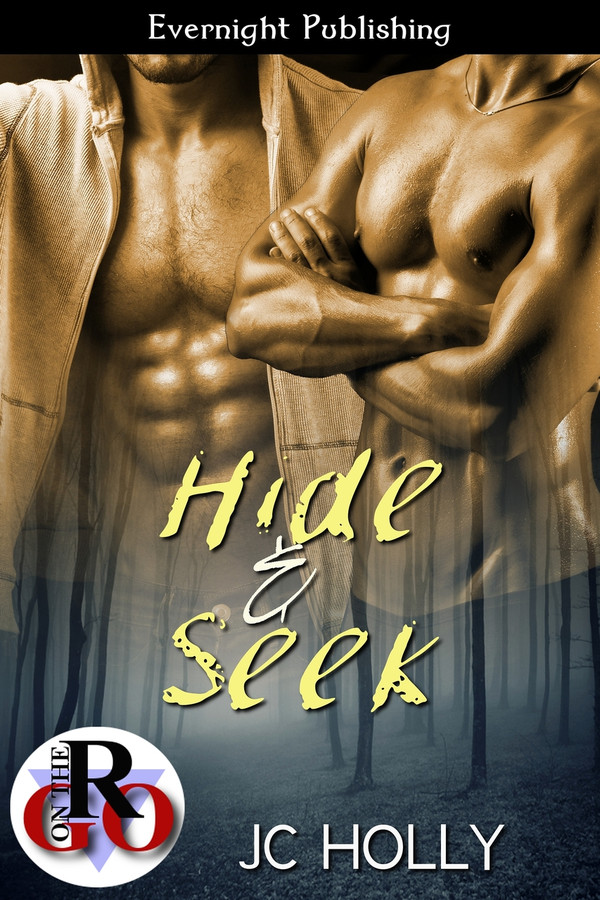 Terry Carding knows how to get what he wants. So much so that he’s made a career of it. If someone needs finding, Terry is the guy to find them. When he’s given the task of finding a dangerous and reclusive shifter, though, he has his work cut out for him. When he finally catches up with his target, he finds that everything he’d been told about the man was a lie.

Eric Dansen has spent decades in hiding from his former master, Christophe. Every few years the ancient shifter sends someone else to track Eric and keep tabs on him. This time he sends a human, filling his head with lies in the process.

Lies quickly give way to truth, and the pair become close. That only makes things more complicated, though, as now Christophe has an interest in both of them, and he’s not an easy man to dissuade.

Terry Carding leaned against the wall of the rundown convenience store and watched the rain bounce off his folded arms. Two hours he’d been standing there, on an anonymous tip-off, and not one person had been anywhere near the building opposite him.

“Another bust,” he muttered, as he flicked the water from his hood.

It was starting to be an embarrassment. He had a reputation for being a guy who could find anyone, no matter how well they hid or how many people they paid off to stay under the radar. This target, though, threatened to beat him.

Just as he was ready to leave, he caught movement in the corner of his eye, and turned to find a man strolling down the sidewalk on the opposite side of the street to him. The man had a hat pulled low over his eyes, but his height and build matched the description Terry had been given for one Eric Dansen.

Feigning disinterest, he glanced down at his phone and checked his emails. If the man looked over, and no doubt he would, he’d assume Terry was waiting for somebody. If the man was indeed Dansen, that would mean he was a shapeshifter—a wolf shifter to be precise. Terry would need to play it very carefully. Even with the rain keeping his scent down, he’d have to keep his distance.

Across the road a door clunked, and he glanced up to find the man stepping into the warehouse. The tip-off had been accurate after all. After checking for onlookers, Terry followed, tensed and ready for fight or flight. He opened the door just enough to slip inside, then pulled it closed behind him, dropping him into the dim light that came through the building’s grimy windows.

While he couldn’t make out much in the low light, he could tell he wasn’t alone.

There was a hum, followed by the clink clink of a row of old fluorescent lights as they flickered into life. Underneath one of them stood Eric.

“Why are you following me?”

Imagine a private detective sent to find a supposedly criminal shifter, only to discover it isn’t his target who is the problem. Then imagine a shifter who wants nothing more than peace and quiet, preferably somewhere surrounded by nature, only to discover that his former master is still after him, decades later. Add the two, and what you get is a sometimes serious, mostly humorous story about two men who find a common goal—totally against expectations. Terry is a PI who isn’t afraid of anything or anyone. He is extremely good at his job, and he has a secret “contact” who is more talented at providing the necessary intel than the CIA and MI6 put together. Terry is also used to listening to his gut, and his latest assignment, quite apart from the fact he is impossibly difficult to find, just doesn’t have any of the characteristics Terry’s usual marks have. He is also, once Terry does find him, gorgeous. And handing him over to the client who paid for the job just doesn’t feel right. Eric has been a shifter for a long time, but he has no interest in fame, or power, or playing top dog. The shifter who made him has different ideas, and believes Eric might be a danger to the empire he is building. No amount of convincing will make him stop hunting Eric so when Terry comes along and seems interested in way more than a background check, Eric begins to reconsider his priorities. Bravado isn’t the only thing they will need if they want to succeed… If you like pushy humans who tantalize bossy shifters, if you enjoy reading about two men who fall into insta-lust then take it from there, and if you’re looking for a quick, entertaining and hot read, you will probably like this short story.

if you keep reading things do pick up. I discovered just how much I enjoyed reading about Terry and Eric. Both men were adorable and sexy. The plot picks up as the romance gets heavy. If you like shifter books you will definitely fall for the sexy guys in Hide and Seek!