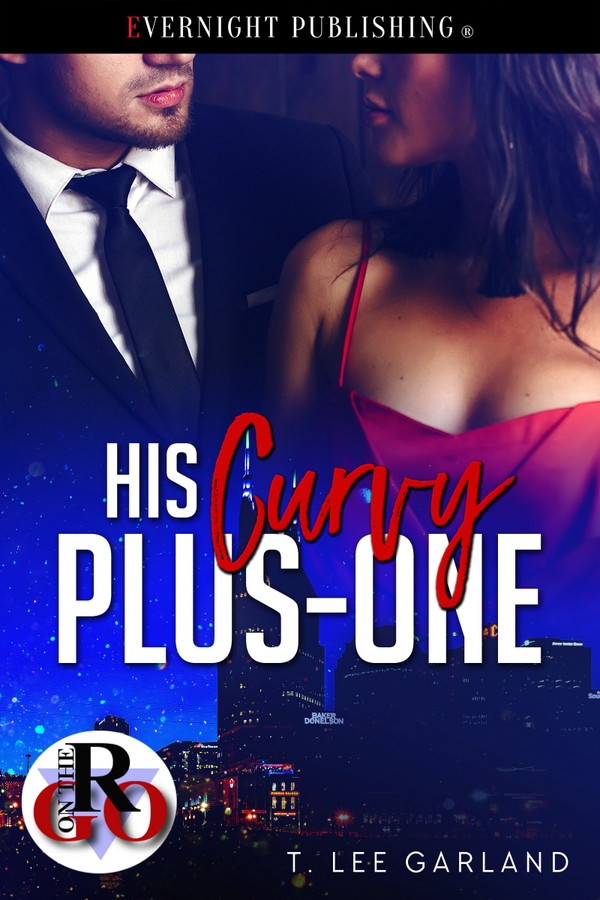 Avery, a former plus-size model, now owns Plus-One, a designer boutique in downtown Franklin, Tennessee. She receives a letter from her landlord’s attorney, informing her that rent is going up. She can’t afford the extra money. She writes back, sending a fiery, spirited letter that she later fears will get her evicted.

Mason is a multi-millionaire, businessman, and Avery’s landlord. He’s still hurting from his divorce and bored by the hordes of women that grace his arm during his social events. When he reads Avery’s letter, he is intrigued and wants to meet the woman who would challenge him to stop hiding behind his attorney.

Mason is instantly attracted to the curvy beauty with the sassy mouth. He makes her an offer she can’t refuse. Be his plus-one at social events, and he will waive the increase in her rent for the coming year, but what if Avery wants more?

“I like you, Avery. You’re honest and direct, and you radiate that southern charm Tennessee is famous for. I don’t. I’m originally from New York, and therefore, I would like to make you a proposition.”

The word proposition sends visions of us naked and writhing in passion on silken bed sheets through my head, and I feel my panties disintegrate in a puff of smoke. “Does this proposition involve us being naked?” I ask with maybe a little more hope in my voice than I had intended.

His eyebrows rise with interest. I slam the cashier drawer with such force that I think for a moment I might have broken it. I’m angry at him but mostly angry at my body’s response to him. I don’t want to like this guy. He’s my enemy. What he’s doing has the potential to put me out of business and leave me homeless. He’s too damn sexy and way too tempting. As eye candy goes, he’s the pricey Swiss chocolate kind, and I’m living on a budget of penny candy. I’ve met men like him before from all over the world. No, I have to be honest with myself … I’ve never met anyone quite like Mason Strickland. I didn’t know men like him even existed outside of my dirty, fantasy-like dreams and the erotic books I sometimes read.

He grins, and his stormy eyes flash. “Not what I was proposing, but I’m not averse to your suggestion either. I’m always open to a counteroffer that would be beneficial to both parties.”

I stop what I’m doing and give him my full attention because he isn’t going anywhere until I do, and after all, this is technically his property, “Okay, I’m all ears. What’s your proposal?”

“I need a … let’s call it, a plus-one. Someone to attend functions with me, no strings attached, and in return, I will waive the increase on your rent for the upcoming year’s lease.”

“Ahh, I see.” I nod my head, starting to understand. “Not out of the closet yet?”

He grins at me. “I can assure you, Miss Lenore, that I am not, nor have I ever been gay. If that’s what you’re referring to.”

I tap my nail to my chin as if thinking really hard on this. “The ol’ wifey just not into the party scene, she’s more of a homebody, huh?”

Something dark flashes across his handsome face for just a flicker of a second before he answers, “I’m divorced.”

For a brief moment, I feel sorry for him. I can sense the divorce was painful, but what woman in her right mind would divorce such a man? “So, you’re telling me you can’t get a date the old-fashion way? Have you tried the internet or a dating app? I hear it’s the new way of doing things now.”

Instead of me making him angry, he seems to relax, and he smiles at me again before answering, “Actually, I have just the opposite problem. I’m exhausted by the number of eighteen-year-olds who see money and throw themselves at me.”

I snort. Yet, I can see he’s serious, and I can’t help myself and laugh out loud. Does he really think women would only want him for his money? Does the man not own a freaking mirror? I can’t help but dog his entitled ass, though it is a fine ass for sure. “Oh, you poor baby. What a burden to have to bear, beautiful young women throwing themselves at your feet all day and night long. You’re an arrogant prick.” I continue to stare at him, and he doesn’t even flinch. I get the feeling he’s been called worse.

Mason and Avery are a hoot. The two make a deal with the devil and both fight to keep any attachment out of the deal. Avery is witty and Mason is a man who thinks he has it all figured out, until he meets the curvy woman in person. The writing is excellent and flows easily. I was so into the relationship I never wanted their story to end. His Curvy Plus One is an excellent story for those who love a fairytale with some bumps in the road of life.

This was a fun, sexy read that had terrific substance to the story.