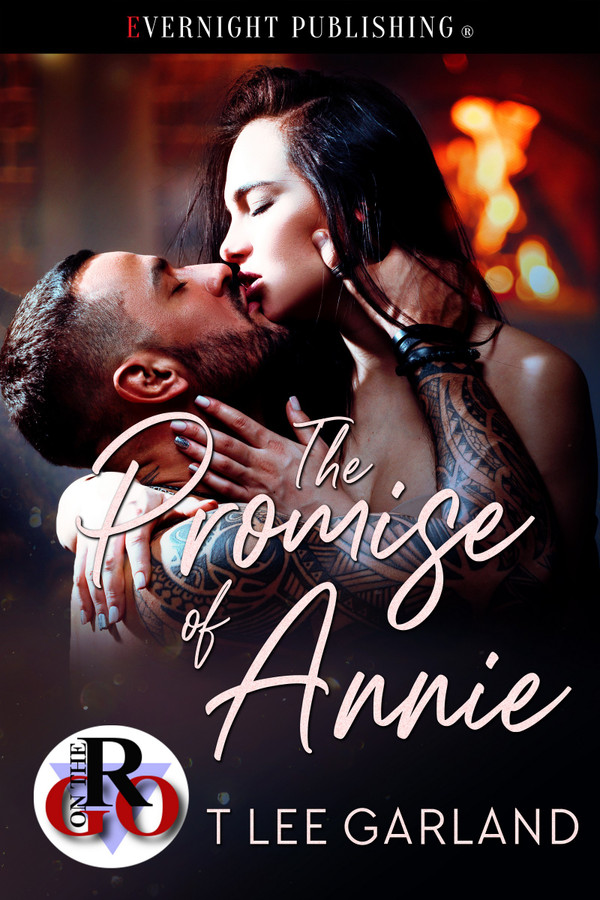 Annie is a nurse who promised a dying patient that she would deliver an envelope to the woman's estranged nephew after her death.  Annie intends to keep that promise, even if the nephew is a sexy bar owner who makes it clear that he wants nothing to do with the envelope or her.

Van hasn’t seen his aunt in years. Now that she’s gone, he doesn’t care about her or her damn envelope. Except he does care about the curvy nurse in the cotton-candy pink scrubs that barges into his busy bar on a cold Friday night in Tennessee, and insists that he open the envelope.

A freak ice storm leaves them unexpectedly stranded together.  Annie has a secret that she hopes will change Van’s mind and heart about his aunt. Van just knows he wants Annie and the promise of her in his life forever.

I make my way quickly to the bar, where a man stands watching me with a frown. He’s attractive, if you like that bad-boy look … tall, built, tattoos, short cut dark hair, neat beard. Yeah, okay he’s not my usual type, but even I have to admit that he’s hot. As a nurse, I can appreciate a well-defined body, and it’s on full display in the stretched to the limit black tee he’s wearing.

Gray-green eyes watch me approach with all the enthusiasm of a homeowner seeing his house burn to the ground. When I get close enough to be able to hear over the guitar-heavy, country music, he leans over the bar toward me. “You lost, sweet pea?”

I inwardly bristle at being called “sweet pea” even though coming from someone as gorgeous as him, it does sound sexy as hell. His voice is home-grown honey and whiskey mixed with a Tennessee twang. I imagine him whispering things in my ear that makes me blush, and I don’t blush easily anymore. I shake my head no and feel more hair disengage from the band holding it back. “I’m looking for Van Hawkes. Do you know him?”

His eyebrows rise up a little before he asks, “What you want Van for, darling?”

I’m too tired for this question and answer session, even from the hot guy. I need a shower, a pint of ice cream, and twelve hours of uninterrupted sleep. Some steamy, mindless sex wouldn’t hurt either. I could get lost in some of that right now. It’s been a long time, and my body is trying to remind me that I’m not the one dead. If only I had the time.

I always get a little snippy when I’m sleep-deprived, so I shoot back. “That’s my business, Sweetheart. Is he here?” The walking orgasm’s lips twitch, and for a brief moment, I think he may actually smile.

I suddenly feel a heavy arm drop around my shoulders and the stink of sour beer hits my face. “Hey, nurse, how about me and you get out of here and play a little doctor?” The man leans inward toward me, and I struggle not to gag and to get out of his grip. It’s surprisingly strong for someone who has had way too much to drink.

“Get your damn hands off me!” I demand, shoving at him.

In a flash, the hot bar guy has jumped the bar and is beside me. “Earl, what have I told you about touching the ladies? Get gone. Now!”

Earl lets go of me and staggers backward, holding both hands up in surrender. “Sorry, man. Didn’t know you had a claim on this sexy piece. No harm meant, man.”

Piece? Did he just call me a piece? I step closer to the drunk, intending to give him a quick kick to his flappy balls. “What did you call me?”

The stinky drunk guy laughs. “Van, you always were a lucky son-of-a-bitch when it came to women.” He staggers away before I can drop-kick him to his ass on the nasty wood floor.

Annie had no idea when she promised to fulfil the dying wishes of a patient that it would lead her to a seedy bar and a dangerously good looking man. Van wants nothing to do with his aunt – dead or not – nor is he thrilled with the sexy nurse she sent to deliver a message. Annie, however, is determined to complete her friends dying wish and isn’t willing to take no for an answer. I found this a refreshing and different style of short story. While the dark, brooding and sexy bar owner meeting the sexy do-good girl is a well loved trope for a reason, I found the tension and small twists to the plotline really intriguing and well handled. This gave the whole story – short as it was – a slightly different outlook and while it still had many of the features of a tried-and-true comfort read, it was new and different enough that I found it really interesting. Van and Annie’s characters were realistic and fun, but I have to admit there was nothing too unique about them. Readers looking for a comforting kind of read with well-established parameters should find this a lovely and easy sort of read. I was really pleased the chemistry between Van and Annie was a slower sort of burn – not just because that helped them take a bit of time to get to know each other and merge from strangers into sexual partners, but also because Annie was clearly grieving the loss of her friend a few hours ago and it would have felt very odd to me had she jumped right into bed with a complete stranger. That said, the sex was spicy and explicit so readers looking for a steamy read should find this aspect to the story satisfies them. Fun and a slightly different style of story I really enjoyed this quick read and will happily try more titles by this author.

First, you had me pink scrubs. Pink is my favorite color. Annie and Van&#039;s chemistry heats up the pages of this steamy short story. They are wonderful together. And the ending, all I can say is awww... Well done. Highly recommend.

Enjoyed this romance in one sitting. Spunky Annie and sexy, gruff Van made for steamy and sweet rolled into one.

Enjoyed this story with spunky Annie and sexy-gruff Van. Steamy and sweet rolled together nicely.