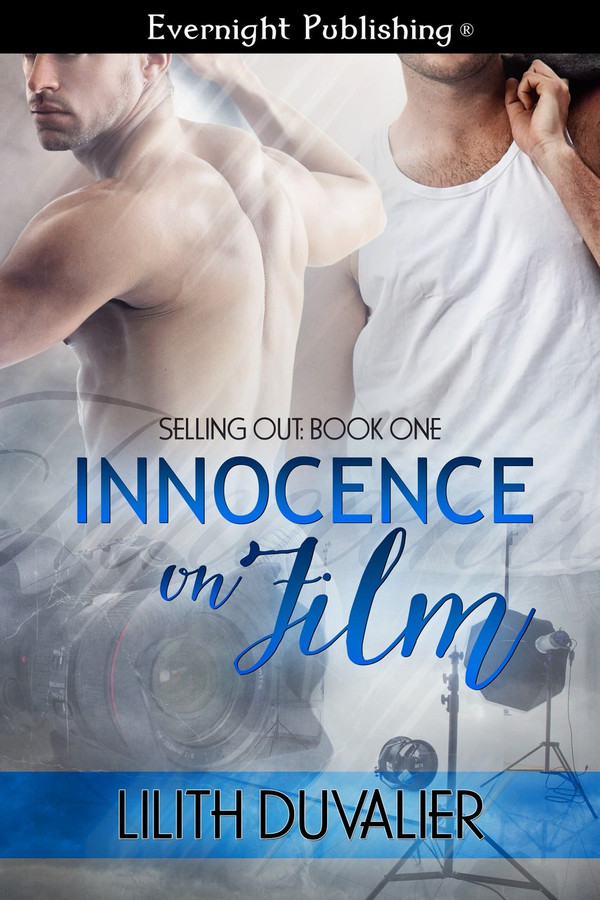 It’s a rich man’s world, Shawn and Fletcher are just trying to survive in it. Unemployed, down on their luck, and three months behind on their rent, the two of them realize that it’s time to throw in the towel. Their dream of escaping Ainsworth, Iowa (pop. 658) is dead. Within the week, they’ll be evicted, shipped back to their respective parent’s houses to drown in student debt they can’t pay back, and watch their high school girlfriends raise other mens’ children.

But when they take the last of their money to a bar to drown their sorrows, a well dressed man with a big wad of cash and a little website offers them a life line. A jaunt across town, a quick tryst for the cameras and the cash is theirs.

The outrageous proposition is their only hope, but each enters the studio with secrets. What will it cost them to bare it all?

The bartender leaned across the bar and said in a conspiratorial voice, just barely loud enough to be heard over the sounds of the happy drinkers around them. “Guys? If you’re as hard up as you say you are, I suggest you have a drink with the man.”

Before either Shawn or Fletcher could ask any more questions, the bartender slipped off to help another customer and the man in the hat approached them.

“Good evening.” He had an accent. Shawn couldn’t quite put his finger on it. “May I sit?” He gestured toward the open bar stool next to Shawn.

Fletcher shot Shawn a quick look. Shawn shrugged. They were running low on options. Having a drink with the man couldn’t hurt now.

“Sure.” Fletcher tapped the stool. “Join us.”

The man with the hat dragged the stool a few inches closer, dusted it with a handkerchief he pulled from his pocket, and sat down.

“You boys seem barely old enough to be in a bar. Are you students?”

“Thank you,” Fletcher said. He extended his hand for the man to shake and gave him his name. Shawn followed.

“Fritz,” the man said with an impish smile.

“You went to the state university?”

“Don’t we know it,” Fletcher said.

“Yes. Yes. Dear Nathan…” The man pointed at the bartender. The sleeve of his suit jacket slid enough to reveal gold and pearl cufflinks and the band of a watch that Shawn was pretty sure cost more than a couple years rent for he and Fletcher. “He tells me zat you boys are having… Wie sagt man… Money issues. Cash problems.”

A shiver went up Shawn’s spine. He’d known this was coming.

“You could say that,” Fletcher replied carefully. It was probably a scam. Why order them such high octane booze if it wasn’t a scam?

The German in the hat seemed to pick up on the boys’ suspicions. He held his hands up. “You do not trust me. Fair. You only just met me.” He laughed. “Very fair. Very Fair. Smart too.” He laughed again and waved to catch the bartender’s attention. “Dear Nathan, anozer scotch please?”

“You are smart boys. I tell you this to start. I vill not ask you for money. Okay? No money. Promise.”

“Good. Because we don’t fucking have any,” Fletcher replied.

“Vould you like to?” the man asked. He pushed up his sleeve, revealing the gold watch, then slid his hand into the pocket of his suit jacket and pulled out a stack of bills. An actual bank stack of hundreds, the crisp band of paper still wrapped around it. He tore off the paper band and let it fall to the floor. Then he fanned the wad open, pulled a large section of bills off, and stuck it back in his pocket. He held the rest out to them.

Fletcher glanced at Shawn quickly, then back to the German with the golden watch and the pockets stuffed with hundred dollar bills. “Almost.”

Shawn held in a sigh. A helpful rich stranger appears out of nowhere, and Fletcher thought he was going to play him. Typical.

The man smiled, sipped his scotch, and winked at the both of them before he stuck his hand back into his pocket and pulled out two more hundred dollar bills, settling them onto the already decent sized stack like frosting on a cake. “Yah?”

Shawn was actually salivating looking at that much money all in one place. A little movie was playing in his head and he was ashamed to admit it was a movie of him luring the old guy outside, clubbing him over the head, and taking the whole wad.

“I think ‘yah’,” Fletcher answered. “What do we have to do for it and how illegal is it?”

Fritz laughed. “Illegal? No, no, not illegal. All above board. Paperwork. Regulation. Contracts. A job. Good pay.”

Shawn looked at the sophisticated older man again. The cut of his suit. The gold and pearl cuff links. Carrying around ten grand in cash with seventeen hundred dollars sitting out in front of him in a crowded bar like it was nothing more than a tip.

“What kind of job?” Fletcher asked.

“Like what? Writing? Coding?” Fletcher perked up. “I’ve got web design experience.”

“Good to know,” Fritz smiled at them gently. “But currently I’m in the market for performers.”

He pulled out his phone, tapped the screen a few times, and set it on the bar. He slid it toward them. Fletcher leaned forward, peering down at the phone for a moment before his eyes went cartoonishly wide. He snapped his head up and looked around them, then hunched forward, as though trying to keep anyone else from seeing. Shawn slid off his barstool and leaned over Fletcher’s shoulder.

The display showed a big, high definition picture of two naked young men on a leather sofa, one a red head, the other a brunette. The red head was sitting on the couch, legs braced against a glass and wire coffee table. The brunette was straddling him, clinging to the back of the couch and lowering his body down onto the redhead’s huge cock. Judging by his face he found the feeling of the redhead’s cock sliding into his ass shocking and painful.

“Umm… whoa,” Fletcher said, swiping down to the next picture. This one featured two different young men. Both blond, one muscular, the other slender and tattooed. The muscular guy was sitting on an ottoman on an apartment balcony, centered between two huge potted ferns. Buildings were visible in the background. After the moment it took Shawn’s eyes to move from the naked men to the background, he realized it was the Minneapolis skyline, from an angle he recognized. This had been shot from one of the luxury condos in the warehouse district on the other side of downtown. A neighborhood maybe fifteen minutes away from his and Fletcher’s. The tattooed guy was kneeling between the muscular guy’s feet, his inked hands spread over the other man’s creamy white thighs, his mouth open and ready to take the man’s cock.

Fritz’s calm smile got a little bit bigger. “Oh. Are you not?” He slid his hand back into his jacket and pulled out the wad of cash.

Fritz nodded and looked to Shawn.

Fritz shrugged and dealt six more hundred dollar bills onto the stack on the bar. “Ve have reached two zousand four hundred dollars, gentlemen. Does this solve your problem?”

Fletcher looked up at Shawn. Shawn shook his head. Fletcher scrolled down to another picture, this one depicting two tanned brunette guys, one on his hands and knees, legs spread. His whole face was clenched up, his eyes shut, his mouth open but puckering forward. His cheeks were red. There was something blue splattered all over his back. His hands were cuffed together with thick leather bracelets. The other guy was behind him, fucking him. The second man was wearing a leather harness.

The German reached across the counter, picked up his phone, and looked at the screen. “Zat’s a specialty line. Not on zer table tonight.” He pressed a few more buttons and put the phone back in his pocket. “I can give you some time to discuss this.”

“Yeah, that would be great,” Fletcher said.

The German picked up the little stack of bills and tucked them back into his pocket. “Ten.”

Straight, best friends and their first time together. Not only being filmed for money but filmed by a stranger. Can you say kinky? Loved it! This author really knows how to write sexual tension. There’s only one sex scene in the book and it was so freaking hot. Sweet lord, I need an ice bath after that. Fletcher and Shawn were great characters, well developed, sweet and sexy. I stayed up until 3 am reading and nibbling on my bottom lip so much it’s almost swollen. Yeah, the sex was THAT good. If you like m/m romance go no further than Lilith Duvalier.