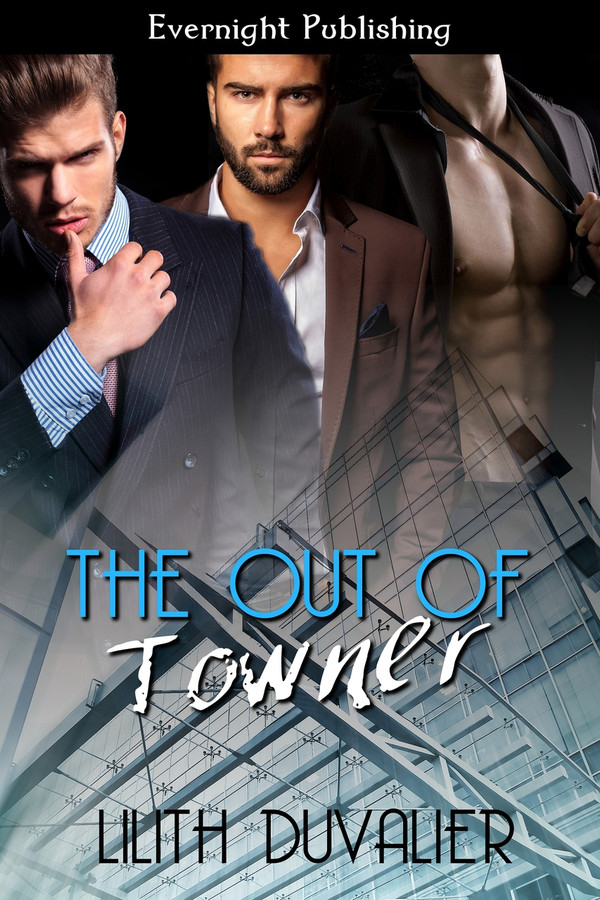 Carlos and Thomas need one night when they don’t talk about planning their wedding.

Carlos’ family keeps butting in, big chunks of Thomas’ family refuse to be involved, and the stress of planning this huge celebration for this many people—many of whom don’t speak the same language—is too much.

Carlos declares that they are going to spend one night together without wedding planning. To sweeten the pot, they play a little game by pretending to meet for the first time at an expensive restaurant downtown.

But at the restaurant, Thomas runs into Jimmy Colton, an old college crush who is in town for business. By the time Carlos arrives the game has changed, and the three of them are heading back to Jimmy’s hotel room to fulfill a long held fantasy.

Thomas wasn’t quite sure how they got to this point. Unremarkable chit chat about their jobs somehow got the point across that the game was still going on and that Carlos’s role changed from the handsome stranger who picked Thomas up in a bar, to the manly fiancé staking his claim against the interest of Jimmy’s handsome stranger role. They’d left the bar for a booth, tucked into an alcove warmly lit by a sconce and a large candle at the center of the table in a red cracked-glass candleholder. Carlos sat next to Thomas, with his arm wrapped around his back. It was more PDA than was usual for them after this point in their relationship, but it wasn’t entirely out of character. Jimmy sat across from them. They laughed about old college stories. Their hot pepper calamari and prosciutto wrapped mozzarella arrived. Jimmy started playing footsie with Thomas under the table. Carlos ordered everyone another round of drinks and started stroking his palm gently up and down Thomas’s thigh.

The friendly night kept up the pretense of Jimmy trying to steal Thomas away. It was fun to pretend that two beautiful men really were fighting over him. And then things took a turn. Thomas mentioned that he was a yoga instructor. Jimmy’s mild flirting became a little more sexual. He asked if Thomas could put his legs behind his head, and bit his lip when Thomas said he could.

Carlos, still stroking his thigh, set his hand to Thomas’s crotch and gave his half-hard cock a quick squeeze.

Thomas jumped up so hard his knees hit the table and everything on it clattered loudly.

Jimmy reached across the table, caught Thomas’s chin and fed him a piece of squid, his bright blue eyes burning into Thomas’s as he placed the bite of meat into his mouth. The picante flavor spread over Thomas’s tongue, as he swallowed and fought for words, staring into the face of an old crush who had become an even more stunning man, with his lover’s hands between his legs. A soft “uh” escaped his lips.

“You are really getting turned on by this, aren’t you?” Carlos’s voice was quiet, but not so quiet that Jimmy couldn’t hear them easily. Thomas couldn’t force himself to reply. Carlos set his lips to Thomas’s ear and whispered to him again. “You getting really hot for us, baby?”

Jimmy’s throat bobbed before he pulled back and said, in an admirably level voice, “How far are we taking this game?”

“Well… we have sort of talked about how we have this… fantasy,” Carlos answered, his voice steady and confident.

Jimmy’s smile curled up again. “Everybody does, boys. Everybody does.” He leaned back in the booth, grinning like the cat who got the cream. “I have a hotel room downtown.”

Planning a wedding isn’t easy, just ask Carlos and Thomas. Between finding the right venue, getting the tuxes, and making both families happy, the stress is taking its toll on them both. When Carlos suggests they take a night off from wedding planning, Thomas eagerly agrees. After all, what can possibly happen when you’ve been together as long as they have? Carlos and Thomas have been together for a long time and they are both obviously in love and completely devoted to one another. Their relationship is believable and realistic, even in today’s world. I loved that Carlos was so done with everything that he suggested a bit of role play for the two of them. It shows that he’s not just dedicated to his husband-to-be, but invested in the relationship and willing to try something new to keep it fresh and alive. When the appearance of an old schoolmate throws a wrench into the works, they adapt. Although Carlos is more on board with inviting Jimmy into their evening, Thomas isn’t completely against it, either. That Carlos takes the time to find out exactly what Thomas wants, even if it means putting this fantasy off until another time, really made me like him even more than I already did. The best thing about this short story is that it doesn’t focus on the sexual aspect as much as it does the relationship between the three men. Jimmy really opens up and tells the other two something very personal and hurtful, bringing them all closer emotionally than they could ever be physically. This is the kind of thing that I need in my stories, no matter what the genre. Sweet, sexy, and satisfying on so many levels, The Out of Towner is an enjoyable read that left me smiling. The very last scene in the book made me hopeful that there might someday be more to this story. If not? Well, then the reader can at least be happy with what could be.