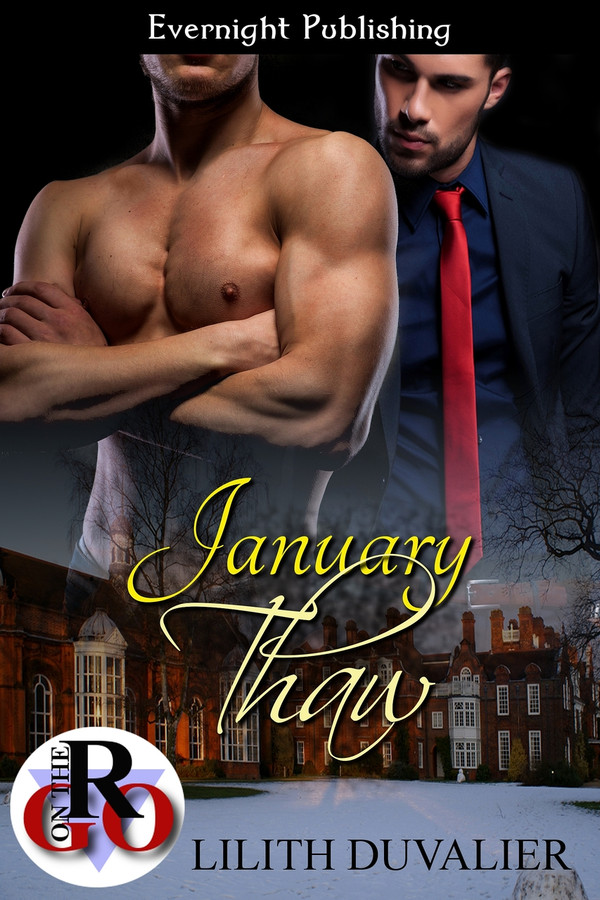 Thatcher knows exactly what is expected of him. Good grades, good job, good wife. He’s supposed to check off the boxes to get the perfect life. Too bad he’s fallen for Peter, the big strong basketball star that can reduce him to a babbling, rock hard mess just by holding him down. It’s also too bad that Thatcher’s about to go too far to hide Peter, and Peter’s about to teach him what happens when he does.

“I love you,” Thatcher whispers through chattering teeth. They’ve been saying it for a few weeks. It always feels good. It doesn’t feel scary or forced the way it did when Thatcher tried to say it to his high school girlfriend Lillian.

Peter steps forward, pushing Thatcher harder back against the house. The plastic ridges of the siding dig into his back. He gives Thatcher a quick kiss with cold lips and sighs. “I love you, too.”

“I’m sor––” He’s cut off when Peter suddenly grabs him around the waist and hauls him upward. His legs kick out automatically in protest, and Peter slips between them, pressing them together groin to groin, and pinning Thatcher up off the ground. “Peter!”

“If you want to keep this a secret for now, I’ll do that for you, Thatch.” He rolls his hips upward, just a little bit, enough for Thatcher to feel it and have his breath catch. “But if you want this, if you want to be with me, then it’s only me.”

Thatcher wriggles against him, trying to get away, but not all that hard. Peter finally being upset is weirdly arousing. Peter holding him against the house, away from the ground so Thatcher can’t move hits every button he’s discovered since getting to college. He sucks in a breath and the cold air burns in his lungs.

Peter leans forward and presses his lips to Thatcher’s neck.

Thatcher’s entire body shudders with cold and want. His cock stirs in interest.

Peter laughs and sets his lips to Thatcher’s frozen skin, sucking hard and rubbing his hips up against Thatcher’s. “You realize that you always get hard when you can’t get away right?” There’s a shiver in his voice now, too. “Without fail. If I want to get you all hot and bothered, all I have to do is hold you down.” He rocks up again, and this time Thatcher can feel him starting to get hard in response.

“Maybe I should take you back to my room.” Peter rocks up against him again. He’s getting hard, too. “Pin you down while I undress you. Flip you onto your stomach. Hold your hands over your head while I fuck you.”

Thatcher pulls in another gulp of freezing air, his body convulses with the cold as Peter rocks up again.

Peter presses into him even harder and Thatcher moans, way too loud.

“Shhh. Don’t get loud yet. Someone might hear you,” Peter whispers before he lets Thatcher’s body slide down the house until his feet touch the ground.

Thatcher makes an embarrassing, mewling sort of noise, broken by how badly he’s shaking with cold.

“Oh, please tell me that your roommate’s gone tonight.” Thatcher hears the whine in his voice and he doesn’t care.

“At his girlfriend’s apartment.” Peter’s teeth are chattering too. “All night.”

Peter stops, as though he’s going to argue. He undoes the top button of Thatcher’s fly with a shivering hand. “Get hard while I get your coat.”

“You want me to stand out here in Lacy’s yard with my hand in my pants?” he asks, his own voice gone deep and husky as well.

Peter kisses him so hard his head hits the siding. “Do it.”

“You want me to get myself all worked up and walk back to your dorm with a raging hard-on?”

“I didn’t say that,” Peter whispers. “Get going. I want you to be rock fucking hard when I get back.”

While this is a short story the author does a great job of drawing you and helping you connect to the characters and what they are going through. Coming out and coming to terms with your sexuality is tough stuff. It is done well her in a very sexy short story. Recommended.