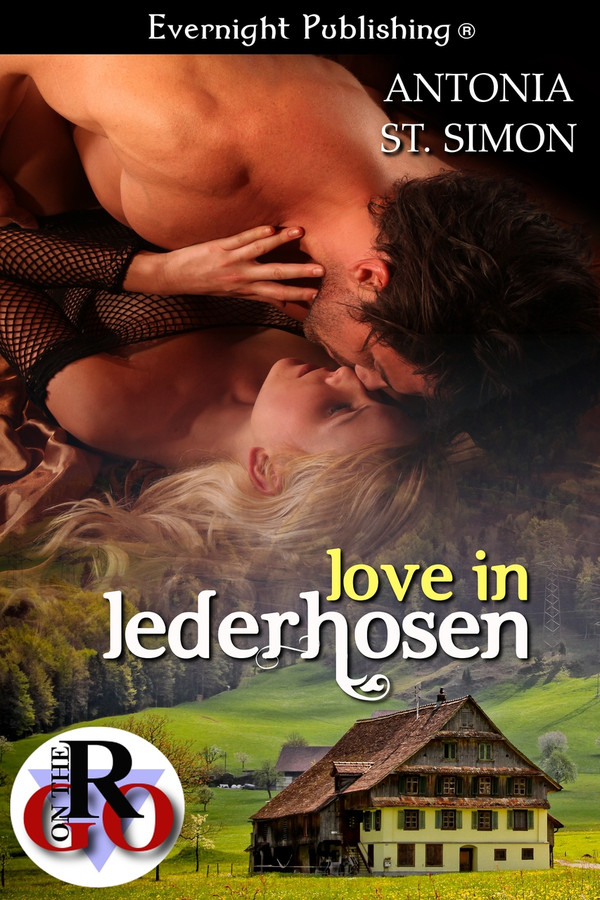 When Silke is forced to go to Germany with her mother, she decides to put this time to good use.  Silke will find herself a man and have a delicious, no strings attached affair! There's just one tiny problem—Horst, and he is anything but tiny. Horst, a family friend that she barely remembers, knows what he wants and is intent on fulfilling his dream. Will Silke find the orgasm of her dreams or a love she can't live without? Leave your inhibitions at the door and find out...

Tilting her head slightly, her eyes followed his thigh past where underwear should have been and beheld the largest male organ she had ever seen nestled in a massive tuft of jet back hair. It was as if the gods had placed him here for her to practice on. How perfect was this, the plumber. A local. Ripe for the picking.

The legs moved and it seemed as if the show was over…then Silke was inwardly cursing…more movement and she was blessed with another opportunity to scrutinize the object of her first international fling.

Yes, yes, that will do nicely. The plumber’s t-shirt had now ridden up a bit to expose a flat stomach with a line of hair that seemed to point like an arrow to the Promised Land. If she could just tear her eyes away she wanted to run to the bathroom, dump out all her potions and creams and subtract the last 12 hours of travel stamped on her face.

Spinning around and forgetting about the view from the window, Silke crashed right into her grandmother, who fell back onto her mother.​

“Vat’s a matter, why are you sweating?”

Well mother, I had an eye orgasm, Silke thought, not knowing what to say.

Herta sprang into the kitchen and reached between the plumber’s legs. What the hell? Silke thought, I’m not ready yet, Oma's arm kept me from fleeing.

Sure enough, Silke’s mom reached in and took a handful of man candy. The guy sat up, whacking his head on the pipes, then laughing and scrambling to get to his feet…

Did her ears betray her, was her German so rusty…?

Giggles erupted from behind Silke and The Penis got up and brushed past her to scoop up her mom, spinning her around.

“Silke you remember Horst. No?”

Hung like one maybe, but she never remembered anyone in the family looking like that. This couldn’t be the cousin that her grandma raised after his mom died. No, not the one who she remembered looking vaguely like Don Knotts with long, stringy, black hair and married to that bitch no one liked. What was her name? Liselle?

​This specimen before her bore no resemblance to a person she had ever seen before. Silke would’ve  recognized that if she saw it!

The last time I saw Horst he looked a little like Barney Fife and his wife resembled the woman in Babe the Gallant Pig, all doughy with a greasy, chubby face. I always wondered how she didn’t break him when they had sex or worse yet, smother him with her massive thighs when he ever went south.

Now…now…oh god I’ve seen his penis…and my grandma and mom saw me ogling him. Yuck… visual incest… my eyes were probably going fall out… especially since I was entertaining such impure thoughts.