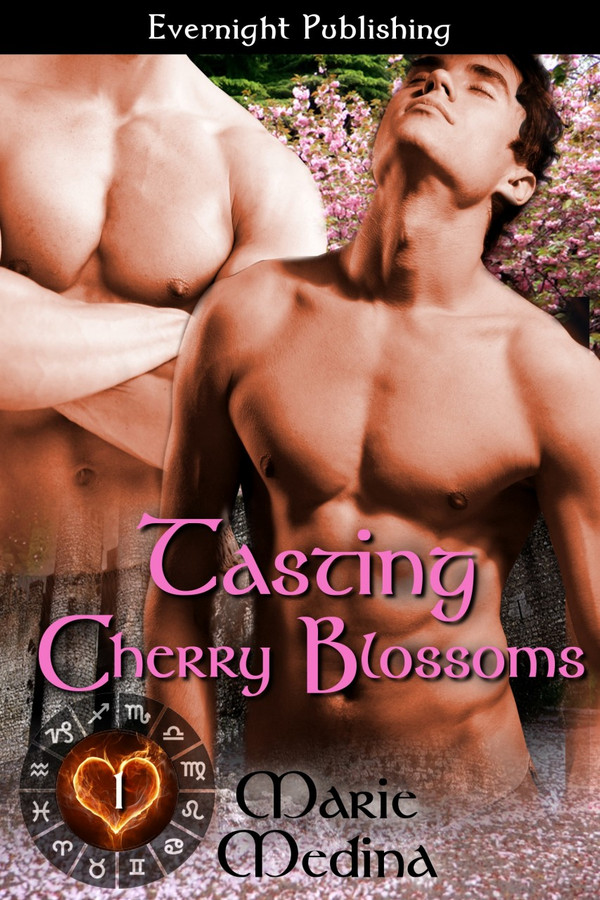 The Year of Hearts, 1

Simon has never feared the vampires who rule Valladora, yet he feels stunned and apprehensive when he meets Lord Ettore. The handsome vampire almost immediately declares that Simon is his mate, and though he knows he should feel honored, Simon can’t help resisting something that sounds impossible.

Ettore is overjoyed at finally finding his mate, even if the beautiful young man proves reluctant. Ettore is patient, enjoying the slow seduction despite his desire for Simon to give himself completely and stop holding back. When Simon disappears without a trace, Ettore doesn’t know if he should blame his political enemies or Simon’s reluctance to accept his love.

No matter what, Ettore is going to find Simon and bring him home. He knows their love is meant to be and will not rest until Simon is back in his arms, willingly offering both his blood and his heart.

“You’re thinking too hard, Simon,” Ettore said from behind him.

Simon whirled around to look at him. “I disagree. I have much to think about.”

Ettore walked the final few steps to Master Godric’s chambers and opened the door. “I don’t want you worrying yourself. I’ll take care of everything.”

Simon stood there, waiting for Ettore to enter first, but it soon became obvious Ettore was waiting on him. Simon bowed his head slightly and went inside, where he was immediately seized and rushed onto a small platform. Servants he’d never seen before began stripping him. Ettore took a seat and watched as though nothing unusual was happening. Simon eventually recognized the man in front of him giving orders as Master Godric’s tailor. The man walked around him in a circle four times, and Simon wanted to scream for him to hurry up. One of the tailor’s subordinates had loosely tied a cloth around his waist after pulling his rough leather pants down, but the material was so sheer it left nothing to the imagination. Ettore’s faint smile and persistent gaze annoyed Simon.

“Lord Ettore,” the tailor said with a low bow, “what do you desire? Breeches and a waistcoat—we have some very fine velvet—or a robe to emphasize his new status?”

Simon had never worn a robe before, as such attire was reserved for those of great importance, but he knew he did not want to set foot out of the room in velvet pants. He looked at Ettore, wishing this connection of theirs extended to thought transference.

Ettore met his gaze, and then looked back to the tailor. “Robes, I think. Blue silk, to bring out his eyes, contrasting shades for the different layers.” He swept his hand down to indicate his own attire. “Similar in style to mine, but not so loose in the fit.”

Simon was not consulted at all as the three men began buzzing around him. He tried to avoid Ettore’s gaze, but that proved difficult. The desire to look at the vampire overwhelmed him. How was Ettore doing this to him? Would this have happened if Simon hadn’t cut his hand, if Ettore had not tasted his blood? Questions burned in his brain as the men worked, ordering him about and constantly pulling at him and repositioning him.

When they were finally done, they bowed and hurried from the room, the tailor assuring Ettore that the robes would be ready within one hour. Simon sank down to the floor, exhausted. He sat for a moment and then reclined on the floor and closed his eyes. Though it seemed disrespectful to lounge like this on the floor of his former master’s private rooms, he couldn’t help it. He felt too drained to do anything else.

Simon opened his eyes again when he felt Ettore sit beside him on the floor, the cool material of his robes brushing Simon’s stomach and making him shiver. Ettore’s eyes had gone dark, and Simon struggled to swallow because he remembered what that meant. Ettore smiled and ran his fingers lightly down Simon’s chest.

“I’m not sure I could have stood all of that any longer myself. Watching them touch you made me jealous.” Ettore brushed his fingers over Simon’s stomach before letting them rest just above the cloth covering his cock.

Simon tried to stop himself from becoming erect, but he couldn’t. “Someone could come in at any moment.” He couldn’t tell Ettore he didn’t want his touch. The vampire would only laugh at him.

“Don’t be nervous. We won’t be disturbed. And I only want to pleasure you. You’ll be more relaxed this evening if I give you release.”

Ettore pushed the cloth aside and gripped Simon’s cock. Simon jerked up, and Ettore stopped him from sitting all the way up by moving closer. He slid his other arm around Simon and pulled him into a kiss. Simon couldn’t tell which sensation startled him more, the intense kiss or the tight fist on his manhood. Half a dozen emotions flooded him, and he could hear his own heart pounding as Ettore groaned against his mouth.

Ettore’s very skilled hand soon had him hard as a rock and aching beyond belief. When Simon relaxed and sighed, Ettore tilted his head and slid his tongue against Simon’s. Finally, Simon let himself respond, returning the kiss. The embrace felt so good. And so right. He felt Ettore’s long hair falling over him, and he reached up to caress it.

As Simon’s fingers tangled in the long, silky locks, Ettore broke the kiss and licked Simon’s throat. “Yes, touch me, please,” he whispered against Simon’s flesh.

Simon tightened his fingers in Ettore’s hair. “Don’t bite me. I’m not ready. I can’t—”

Ettore stopped these protests with a brief kiss. “Never against your will. I will not drink until you offer, I swear.”

Their eyes locked. “Thank you.”

Simon closed his eyes, almost ready to come, and he ran his hand back to the nape of Ettore’s neck. Simon pulled the man closer and buried his head against Ettore’s chest, embarrassed that he was about to explode under his touch.

This was a wonderful sweet and sexy book written by Marie Medina. I absolutely loved that the hero Simon was shy and unassuming but had the strength to not cow down totally to Lord Ettore. Lord Ettore is a vampire and Simon is a human. Ettore tells Simon that they are mates, which immediately sends Simon into a tailspin of all kinds of worry. I loved that this vampire was sexy as hell and yet loving to Simon. He wooed Simon as gently as a male would do and as tenderly as most vampires would not. Vampires are so used to having all that they want and who they want and taking it isn&#039;t an issue (in most vampire stories). This was a fresh take and a perfect story. Loved it.