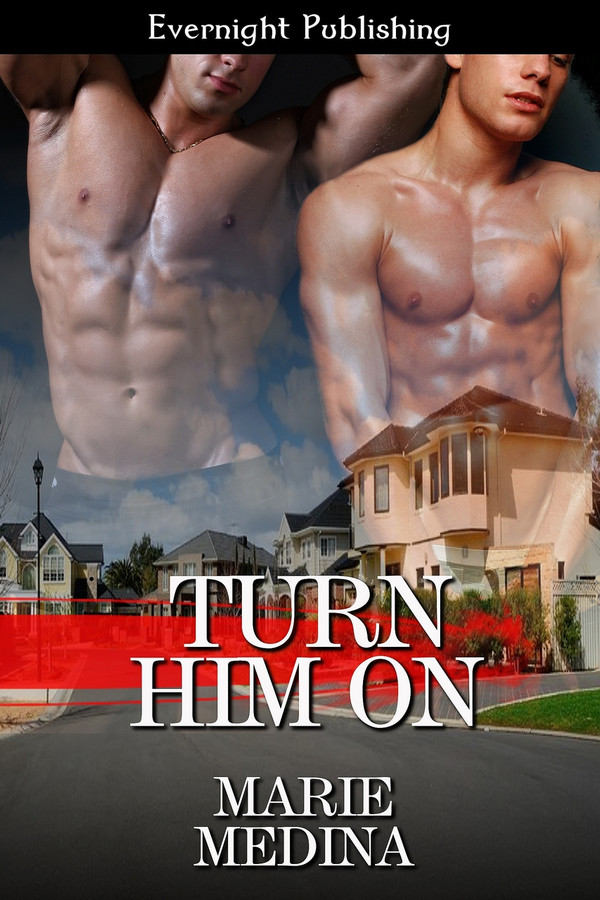 Stand-alone sequel to Switch Him Up

Alec and Christian have been back together for a year. Christian wants to celebrate this milestone because they’ve both been busy and stressed out for weeks. However, one thing after another keeps adding more stress to their situation. Christian knows they’ve come a long way and wants to keep moving forward in their relationship.

Alec loves how much Christian has changed and how much having Christian back in his life has changed him. They’ve worked through so many problems, and they’ve both grown in their relationship, but each time they find a moment to breathe, something else demands their attention. Alec just wants to build a home with Christian so their love can continue to grow, but he can’t help worrying that the pressures of life will never stop coming between them. When a new source of stress threatens to push him to the breaking point, Alec has to take action as he holds to his belief that their love is worth fighting for.

Christian tried to wrap his head around what Alec was saying. He felt calmer now as he considered everything Alec had said, all of which made sense. “So, I haven’t done anything wrong, but you are upset.” He hesitated. “Because you’re worried I’m never thinking of myself? That this could hurt me—hurt us—eventually?”

Alec smiled, which was a big relief to Christian. Nodding, Alec said, “Yes, that’s what I’m worried about. It’s something I want you to think about. I don’t expect a dramatic change.”

“Yes. I’m going to make more of an effort, too. You’re always looking out for my needs, and I need to learn to meet your needs as well.” Alec stretched up to kiss Christian’s forehead. “I’ll do my best. I promise.”

Christian hadn’t felt his relieved in a long time. He inched closer to Alec. “Then since we’ve got that straight, can we talk more tomorrow? Right now, I have a need I don’t want to suppress.”

Alec licked his lips and inched forward as well. “Really? And what is—gah!”

Acting on his fantasy from earlier, Christian bent down and tossed Alec over his shoulder. He turned carefully in the small space and headed for the bedroom.

“Always wanted to though.” Christian slapped Alec on the ass. When they reached the bedroom, he threw Alec down on the bed, his cock hardening as he looked at Alec, who was wide-eyed and already panting heavily from the surprise he’d just gotten. Christian climbed over Alec and touched his cheek. “Just so we’re clear, there has been nothing wrong with our sex life, and I love it when you fuck me. I’m definitely going to want that again, but I have been holding back. I’m sorry. I should have said something.”

“Yes, you should have,” Alec whispered. “I’d never have turned away from you or refused to let you make love to me.”

Christian leaned down and pressed his lips to Alec’s ear. “And I said that to lead up to a little warning.” He kissed Alec’s neck, and then he bit him with slightly more pressure than he ever had before, making Alec gasp. “I am really going to ravish you right now.”

Alec turned to look up into his eyes, and Christian captured his mouth in a kiss. Holding nothing back, Christian deepened the embrace and pressed Alec into the mattress. Alec’s breath came in gasps as Christian moved his mouth lower over his neck. He worked Alec’s shirt buttons open and licked at his left nipple, rolling it between his lips before biting it. Alec’s nipples had always been sensitive, and Christian kept nipping at and licking the left one while tweaking the other with his fingers. Just when Alec was worked into a frenzy, his cock straining against his pants, Christian slowed down. He kissed a teasing trail across Alec’s stomach and slowly unbuttoned Alec’s jeans, pulling them and his boxers down around his hips just enough for Alec’s cock to pop out. Christian kissed the soft skin around Alec’s cock, but he did his best not to touch it.

Christian grabbed Alec’s hands and held them at his sides. He continued the soft kisses, sucking on spots when Alec reacted vocally to the touch of his lips. Purposely letting his hair tickle Alec’s cock, Christian pushed Alec’s pants lower so he could lick his balls. Alec grabbed his shaft and began to jerk off, but Christian stopped him.

“I’m going to be the one to make you come,” Christian said. He pushed in enough to suck one of Alec’s balls into his mouth.

Alec made frustrated sounds, but he didn’t say anything else. Christian rose and stood, undressing quickly. Alec watched him for a moment before slipping out of his shirt and working his pants and boxers all the way off.

Christian came to the edge of the bed and moved Alec’s mouth to his cock. Alec sucked eagerly, paying special attention to the spot just under Christian’s cock head. Biting his lip, Christian watched how enthusiastically Alec worked his cock. He ran his hands lovingly into Alec’s hair, which made Alec look up. Their eyes locked as Alec took the head into his throat. Alec had trouble with this sometimes, but not tonight. He began bobbing his head smoothly, really deep-throating Christian’s cock.

Christian pulled away to keep from coming. While he felt certain he could go all night and would have no trouble getting hard again, he wanted them to come together the first time. “Get on your knees.”

Alec did so, watching Christian over his shoulder. Bending over, Christian spread Alec’s ass cheeks and let his tongue slide down the crack. Christian felt Alec tense and heard him gasp, but he kept going. After licking at Alec’s balls briefly, Christian moved up again and circled his tongue around Alec’s hole.  Alec made a choking sound when Christian actually penetrated him with his tongue. They’d never done this before, and Alec had even said he thought doing it would be gross, but he didn’t seem to object now as the recipient.

Christian stroked Alec’s cock slowly, dropping a kiss to one of his ass cheeks. “Is this okay?”

“That good, huh?” Christian moved back in and swirled his tongue in a circle before slipping it inside Alec again.

Alec sucked in a breath between clenched teeth. “No one ever said it felt like this!”

Christian continued, enjoying the taste of Alec’s skin and the sweet quivering of his tight hole. “You’re tight. Been too long since you were fucked.”

I really found this to be a nice follow-up to the first story. It is often lovely to see how an established couple keeps it together. In this case, the scenes involving Christian&#039;s co-worker and the damage that he could have done really showed how far the two men had come in their relationship.

Switch Him Up by Marie Medina