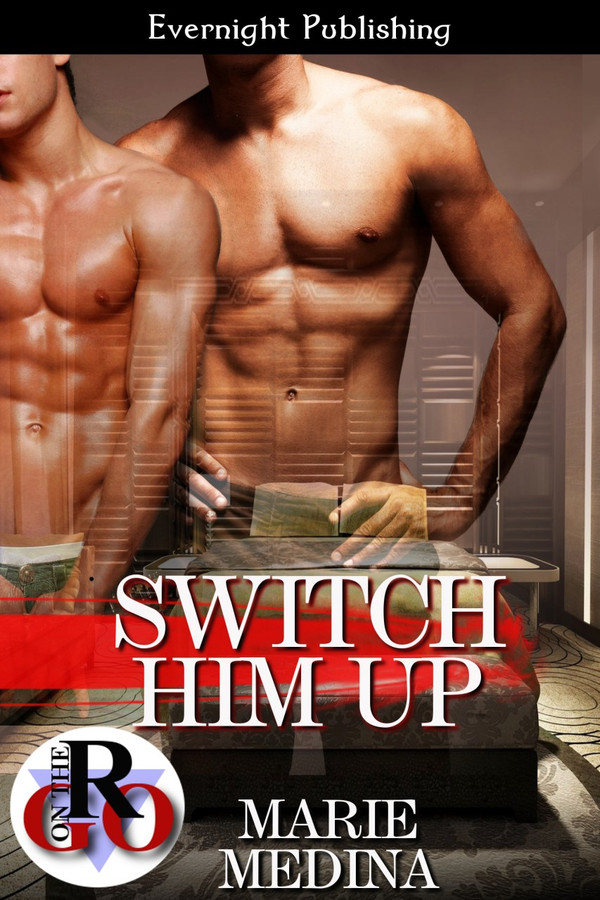 Alec couldn’t be more surprised when the “burglar” he swings a baseball bat toward turns out to be Christian, the lover who walked out on him six months ago. He never imagined Christian would come back, but secretly his heart had continued to hope all that time.

Alec stroked himself, a voice in his brain chastising him. He’d been the one to tell Christian they were going to take the physical part slowly, and getting aroused like this all the time would only lead to him throwing off mixed signals. Like the one he’d given the day before when he’d been unable to stay off his knees once he felt how aroused Christian was. Yet, another part of his brain protested. Why should he deny his desires? Was he trying to punish Christian? Was he trying to punish himself for being such a pushover and wanting to forgive Christian right away? He still had his doubts about Christian’s feelings. Why did he stay away so long? Why? If he could only get a satisfactory answer to that question, he’d be willing to pick back up with Christian as if nothing had happened.

Maybe it made him weak, but he wanted to be honest about his feelings. If only David hadn’t called the night before, he and Christian could have talked more. Alec had been annoyed to see Christian immediately get jealous, but at least Christian had calmed down quickly and expressed his concerns rationally. Frustrated and needing release, Alec increased the speed of his strokes. He pressed his lips together to keep from moaning, but a loud thump from the living room made him go completely still. Had something fallen? He hopped out of bed and threw on a pair of sweatpants to go investigate.

Christian knelt on the floor, his legs tangled with blankets, and stared down at the carpet. He wore nothing but his boxers, and when he looked up sheepishly, Alec’s flagging erection sprang back to life.

“Yeah. I rolled and fell, I guess. I was having a bad dream, and then suddenly I was on the floor.” His eyes fixed on Alec’s crotch, and he paused, licking his lower lip. “Sorry I … got you up.”

Christian had never denied Alec anything in bed, but most of the time Alec had been the one giving head. And with their six-month separation, it had been far too long since Christian had sucked him. “Are you?” He gripped his length. “Wanna prove it?”

To his surprise, Christian nodded with enthusiasm and said, “Yes, please.”

Alec came forward quickly and dropped the sweatpants and boxers, kicking them away and then presenting his cock to Christian. He gripped the back of Christian’s head and held him firmly, pushing down and angling Christian’s head so that their eyes met and Alec’s cock rested against his lips. “Then make me come.”

You will feel differently about this depending on whether you believe a person can change or not. I personally think a person can change, but not their overall personality. As such, the change Christian made in this story for Alec instead of for himself made me cringe. Christian was always insecure about his relationship with Alec. So when he saw the guy on his back with another man on top of him, kissing him, Christian let his jealousies rule his actions. He ran off, and is gone for six months, having left everything behind. When he comes back, he has some apologizing to do. Not just to his friends and his workplace for abandoning them, but for assuming Alec was a willing participant in the scene Christian saw. Slowly, they start talking and hopefully rebuilding their relationship. I don’t know if this was about trust more than it was about the two men changing the way their relationship had been before. Christian had dominated their sex life with his bulkier body while Alec had been the submissive bottom. Now, they rethink their positions. Or, more to the point, Alec seems to be making all the decisions, and Christian going along with it out of guilt and hope of reconciliation. And this is the point where the appeal went out the window for me. I’m not saying two guys couldn’t switch up their roles in the bedroom, but this just didn’t feel natural to me. Don’t get me wrong. The characters are solid, the plot moves forward well, and the sex is hotter than hot. But when Christian made this change for Alec, changing who he was for another person instead of for himself, it just didn’t sit well with me. What I’d like is to see another book with these two men, to see if they actually are still together a year from now. As it is, I find it unlikely. Nonetheless, find out for yourself if you agree or disagree with my assessment. This is a short story, so you won’t have a hard time with it. I do recommend this for two reasons: For the sex and for making me think about personal change, the reasons involved, and if and when a person can actually accomplish this.

When Alec hears someone enter his apartment late one night, he takes a baseball bat with him to face his supposed intruder. Instead of a burglar, he finds his former lover, Christian, who ran out on Alec six months previously over a misunderstanding. Christian, who finally knows and believes the truth of the incident, is determined to do anything to get Alec to take him back. I really enjoyed the read, although I thought the quick forgiveness on Alec&#039;s part and some of Christian&#039;s turn-around strained the limits of credulity. Christian did, however, seem to have to do an appropriate amount of groveling! The chemistry between the two men was quite obvious in both the present scenes and the flash-backs of their past. I also liked that Alec had his own terrible blind spots pointed out to him and had to admit that some of their past problems took two to cause. Overall, I found this to be a quick, enjoyable read.

Turn Him On by Marie Medina