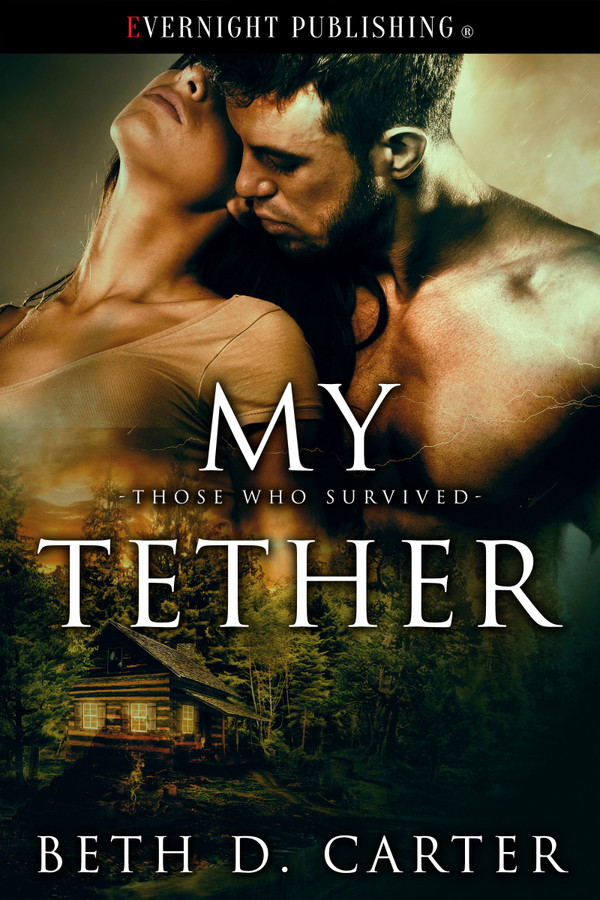 A virus has ravaged the human population.

Neriah Warren lives within the Amish community but not even her faith can protect the people she loves. When her mother shows signs of the fatal sickness, there is nothing left for Neriah. She heads north to find the family she’s never met, not knowing if there is anyone left to find.

Jesse Krider was incarcerated for killing one of the men who raped his sister. He was supposed to rot in prison but now that the end of the world is upon them, he’s free. His plan involved vengeance, but when he’s wounded, fate steps in and leads him to Neriah’s healing touch.

Stuck in a blizzard, they learn to trust one another through the long Canadian winter. Neriah may be too good for him, but as each day passes, Jesse discovers she just might be the tether that saves his soul.

“I’ve seen many people die. Friends, family. My husband. Tried to help them, but … it was painful not being able to ease their suffering. And when you’re hungry, well, scavenging isn’t just for rodents.”

“Good point,” he grunted as he stood up. “I have to take a leak if you want to point me to the bathroom.”

“Oh, um, sure,” she mumbled, embarrassed.

She helped him off the bed, keenly aware that he stood naked. He glanced down at himself.

“Got something for me to put on?”

“Oh, yes,” she squeaked, then cleared her throat. “In the bedroom is a closet full of men’s clothes.”

He nodded and, holding his bandaged side, headed off to the bathroom. She couldn’t help but watch as he slowly walked away. Much to her shock, he didn’t close the door and a moment later, she heard him urinating. Her inner voice told her to stop looking, but she couldn’t seem to take her gaze off his muscular behind, as well as the tattoos on his back. So many colors and designs, and she had to admit, he fascinated her in a very improper way.

Taking a deep breath, she closed her eyes to break her fascination. She had to keep reminding herself who she was and who he was, and that he wasn’t going to be around for very long.

His question jolted her and she opened her eyes to have his muscular chest up close and personal. Her heartrate skyrocketed. As her gaze traveled upward, tracing over every inch of tattooed skin, she determined there was something very interesting about Jesse Krider. Something that made her skin prickle with awareness and her tummy do a funny little flip-flop.

“I found some sweatpants to wear,” he said.

She swallowed thickly, not daring to look down, even though she very much wanted to do that. A shred of propriety still lingered in her conscience.

He took a step closer. On one hand that relieved her of the pressure urging her to look down. However, it now brought him close enough that she could reach out and touch his skin if she was so inclined. And she was fast learning that she felt so inclined to do this that she had to curl her fingers into a fist to prevent them from having a mind of their own.

Sam is in a dark place. Betrayed by his club who murdered his sister. Stuck in jail without revenge and now a pandemic is running rampant in the world. That is his one chance to escape but is it for revenge or a second chance at some kind of life? Neriah finds out that her mother is dying, her father is not who she thought and then she stumbled into Sam taking his revenge. The world has gone to hell, could anybody really have a happy ending? From paragraph one, I WAS HOOKED. The author did a fantastic job luring me in with the anger of Sam’s past and his need for revenge. I like how the virus was mentioned but it wasn’t the main focus. Neriah was lost and lonely. She survived but at great cost to her. I loved how they met. It makes for an action packed, edge of your seat scene. Their chemistry jumps off the pages, even though they have different views on things like revenge and religion. The survivors must learn to work with what they have and yet Neriah never thought she’d need love. I absolutely loved this book! There’s great romance, great action and the dystopian world was well described. I want more in this series!