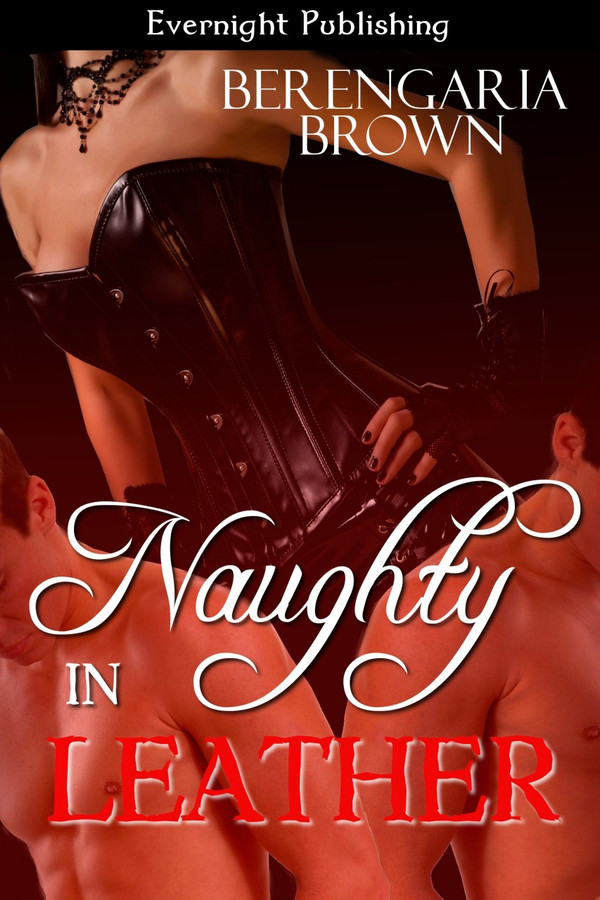 A gang of teenagers is shoplifting from the mall and rob Rhonda’s store, Luxurious Leatherwork. When Scott and Ty come to the store and ask her out to dinner yet again, this time she says yes. She has decided she wants to see if there’s potential for a three-way relationship. Dinner is wonderful, and sex with them even better.

A few days later the gang of teenagers attacks the jeweler’s window with metal bars. Ty and Scott are terrified for Rhonda and determined to look after her. The men take her home. They want her to know how deeply they care for her.

Ty is offered a promotion at work, but it involves some travel and moving to a new apartment. He’s worried that it will ruin their new relationship, and the gang situation is still not solved.

Can a relationship such as theirs survive?

“Well the first step is to get naked,” said Scott, suiting the actions to the words and pulling his t-shirt off in one long tug.

Yum. He had a very nice chest. There was just a faint trail of golden-brown hair down from his chest to the waistband of his business pants. His abs were delightfully defined and she could picture herself licking across them soon.

Ty stepped away from her back, and for a moment she really missed the heat of him, then she realized she needed to strip too. Rhonda moved across to a chair and laid her purse on it, then undid her belt and rolled that up too. She slid her feet out of her sandals, pulled the dress off over her head, and turned to look at the men.

Both were watching her. Scott’s pants were puddled around his feet, his cock a huge bulge pulling his boxers out of shape. Ty had freed his cock from his clothing, and was tugging on it, his tongue just touching his lip as his gaze was riveted to her.

She hid a grin and turned her back to take off her bra and panties. When she looked around a second time, both men were naked on the bed, the blue quilt dropped carelessly on the floor, the pillows scattered, and lube and condoms prominently displayed on the nightstand.

“That was quick,” she said.

“But we won’t be too quick. We’ll take all the time you need to make you climax over and over again,” said Scott.

“I hope it won’t come to that,” she joked in reply.

Rhonda climbed onto the bed with them, leaned forward, and softly kissed first Ty, who was nearest her, then Scott. She wanted this, wanted them, and didn’t quite know what to say to show she was ready and willing.

It must have been the right thing to do, because she was grabbed and pressed between their bodies, while kisses were lavished on her face, her shoulders and the back of her neck.

Slowly she was eased onto her side, with Ty pressed tightly behind her and Scott concentrating on her face and neck. Gradually Scott moved lower to tease her breasts. For a moment Rhonda worried the men might be disappointed by their smaller size, but there was no hesitation or complaints, so she relaxed and enjoyed their wonderful touches.

An interesting sexy short story with a little bit of mystery