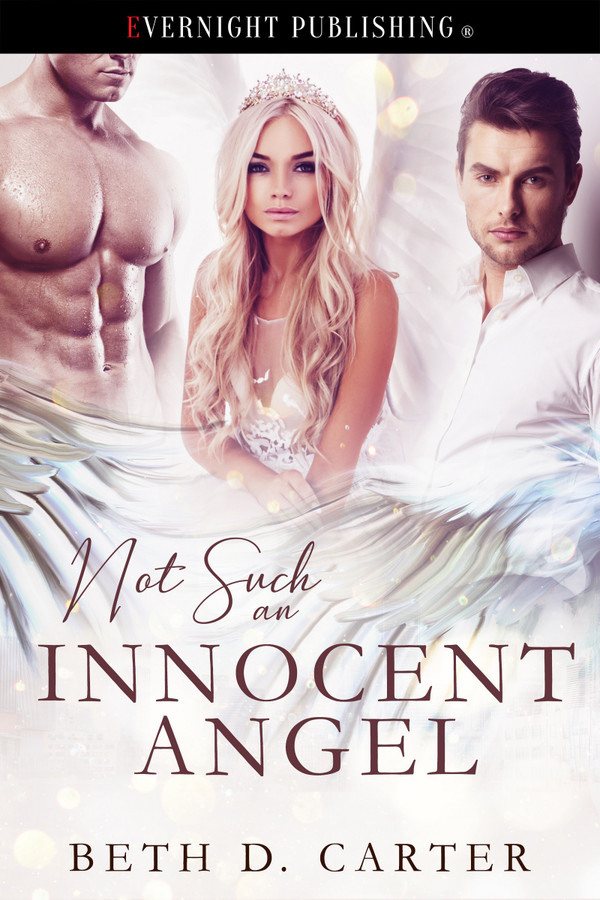 Eden works as a nurse in Dove Hollow Hospital, taking care of the human companions for the supernatural creatures of the Shade. When a human male is brought in, wraith touched, his pleas for help tug at her heartstrings. In an effort to save his life, she calls in a favor from the powerful vampire, Gideon Marks.

At first Gideon is reluctant to turn the man Eden is fascinated with, but when he discovers it’s the businessman Jacob St. Cross, he quickly changes his mind. Now, Jacob has to navigate a world he knew nothing about, as a creature he thought only myth.

The mystery of why Jacob was targeted for vengeance leads them down a dangerous path and brings Eden into the line of fire of a desperate man … a man willing to do anything to find an angel that’ll save his life.

When he finally stood completely naked, he and Gideon assessed each other for a long moment. Jacob prided himself on being fit for someone in his forties. His job induced a lot of stress and he tried hard to balance that out with strength training and cardio at the gym. Gideon Marks had a very defined, chiseled body. His surprisingly well-hung cock was already hard, waiting for attention.

It stirred something in him, although Jacob didn’t know if it was the situation or some type of latent sexual interest he didn’t know he possessed.

Gideon walked over to him and he didn’t move, not sure what to do. The vampire circled around and stepped close, bringing his body flush against him. Excitement stirred in Jacob’s belly. His own cock hardened.

Gideon’s hands ran down his sides, to his hips, and fit his cock against Jacob’s ass. He may not have known what to anticipate, but he found himself enjoying the contact. The air shifted around them. A pleasing, somewhat spicy scent filled his nostrils. It made his cock pulse and fluid to leak from the tip. Needing to have some contact, he took hold of his shaft and stroked. Gideon seemed to match his movement, nestling in Jacob’s crack and sliding up and down. Heat gathered between them as sweat beaded on their skin.

Jacob felt two pressure points on his neck, but instead of being repulsed, he actually tilted his head to give Gideon more access. Whatever sexual spell the vampire had cast was incredible. Never would he have imagined grinding against a man would be such a turn-on, although he instinctively knew it wasn’t just any man. It was pure Gideon, with his otherworldly power to seduce.

He wanted to know what it felt like to be bitten.

As he jerked his cock faster, Gideon’s teeth sank into his veins.

When Jacob is brought to the hospital where Eden works she feels an immediate connection to the man. Wraith-touched and suffering from unspeakable pain, Eden knows Jacob will die in a matter of days and she desperately wants to give him as much peace as is possible. Gideon and Eden had been dancing delicately around each other for decades – but he’s the only one she feels she can turn to in order to save Jacob. The entire situation is complicated, but can the three of them work it out? I thoroughly enjoyed this amazing paranormal short story. I thought the author did a really good job explaining the various paranormal elements (vampires, seraphs and wraiths – oh my!) and I thought the balance between world-building and progression of the plot was handled exceptionally well. Readers who enjoy a strong sense of paranormal but still retains plenty of regular plot and romance progression should find this story as satisfying as I did. I also was seriously impressed with the three main characters. Eden, Gideon and Jacob were all individual characters and fairly well-rounded (albeit a little stereotypical) but it was the chemistry and connection between them that I really loved. The author kept the connections between these three deliciously balanced too and I really commend how inter-connected they were. Eden and Gideon had a decade or more of flirting and dancing around their attraction, Eden and Jacob had that delicious first flush of attraction and instant chemistry, and Jacob and Gideon had a seriously smoking hot new-vampire sizzle and connection that nearly burned right off the page. So at no stage did I feel like one of the three was an added extra or slightly superfluous to the ménage and they each added plenty of chemistry and steam to the relationship. I found the plot was really well handled and quite solid and there was ample time for the relationship between the threesome to develop. The sex – when we finally got there – was deliciously hot and explicit and well, well worth the wait. It’s not often I say this – but I really *really* hope that the author comes back to this world and writes more stories. I’d be totally all over a sequel – or a series of Eden, Gideon and Jacob saving the world one battered woman at a time. I’d also absolutely read any further stories written in this world and running along a similar vein. I will absolutely be keeping an eye out on this author and live in hope. With a great plot and interesting characters this is a seriously smoking hot and sexy short story. Recommended.

​Eden works at a hospital and she knows a lot about the paranormal world around them. Jacob is brought in, dying. He’s been cursed and there’s nothing that could save him. Or is there? She enlists the help of a powerful vampire, Gideon to save this man’s life, for a price… This is such an interesting world. As soon as I read the blurb I was hooked. Vampires. Curses. It sounds like the start to a fantastic paranormal series! I liked Gideon and Jacob. They were each their own strong personalities that worked wonders on the page. Eden was a little demure for me, but she was still a great character. I had a wonderful time figuring the world out, the mystery of why Jacob was cursed. Honestly, I hope the author makes this into a series. Not such an innocent angel was a fun and sexy paranormal read