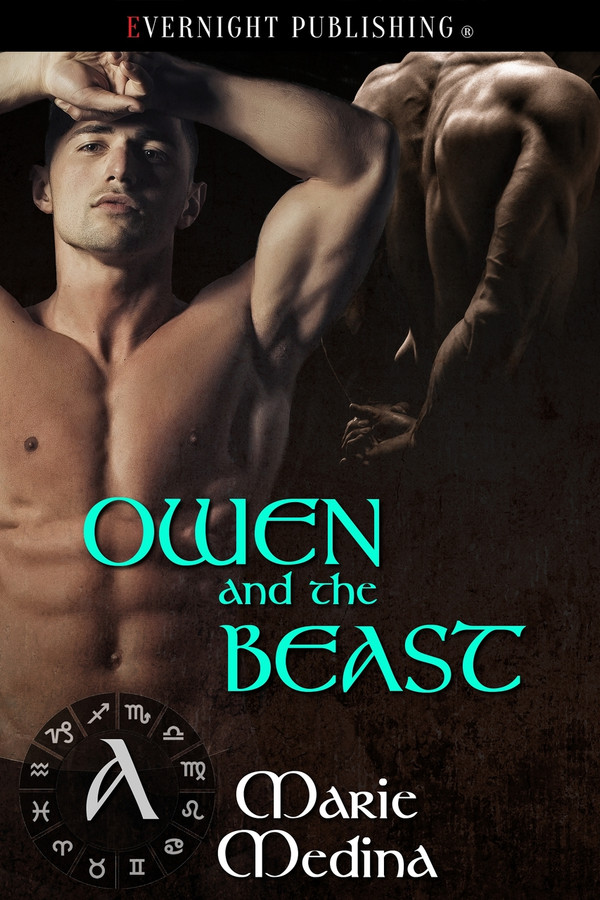 Seeking to ease his loneliness, Owen sets out to meet his last remaining relative, someone he never knew because of an old family scandal. He’s trying to find his way in life, his path uncertain and his heart having been broken more than once.

Suffering under a demonic curse that can never be lifted, Edmund hides away in Erimooor Lodge so he doesn’t have to deal with the pity and fear his appearance inspires. Though many in the nearby village accept him as he is, he knows not everyone will have that ability to tolerate his animal-like appearance.

Owen makes his living as a storyteller, enthralling others with fantastical tales. Little does he know that the gods have something amazing planned for him when he meets the real “Beast of Erimoor Lodge” and finds out how wrong all the old legends are.

Edmund sat on his balcony, drinking more wine and staring down at the window to Owen’s room. The lodge was U-shaped, and from his room he could just see the room where Owen slept. The candles and lamps had been extinguished half an hour ago, so he assumed Owen was sleeping.

Things had gone so well Edmund had actually apologized to Lane, which had only made the younger man even more excitable. But Edmund didn’t regret it because he loved seeing Lane so happy. Owen wasn’t repulsed by Edmund’s appearance. He’d even called Edmund stunning. Stunning was just a step removed from shocking, a voice in Edmund’s head said, but he chose to ignore it. Owen seemed like a good man. Even if nothing could really happen between them, they could certainly be friends.

A cool breeze blew, and Edmund sighed and closed his eyes as it touched his face. He hadn’t been lying when he’d told Owen he was handsome. Owen did have a rather large nose, but it was easy to ignore because of his sparkling green eyes. Edmund had been fascinated by the way they betrayed the other man’s every emotion so easily. He couldn’t help wondering what had happened in Owen’s life to make him so self-conscious. It seemed to go beyond simply being nervous and thinking of Edmund’s feelings. He licked his own lips as he thought of Owen’s, which were indeed very full and looked quite kissable. Edmund tried not to indulge in such thoughts, but he hadn’t had a lover in his bed since before Lane came to live with him. He couldn’t help fantasizing about the man he’d just spent the evening with. He imagined kissing Owen before envisioning those full lips wrapped around his cock.

His eyes fluttered open when he heard a familiar knock at his door. “Come in, Lane.”

Lane entered and came out to the balcony. “You need anything before I go to bed?”

Lane looked down at Owen’s window as well. “He likes you. I went to check on him after you and I talked.”

Edmund met Lane’s gaze. “He’s wonderful, but it’s only going to be friendship. I have to learn to be content.” He wanted to pump Lane for information, but he knew he shouldn’t. He did have some pride left and had to be stronger than that, plus encouraging Lane even more might backfire in any number of ways.

Lane smiled as a mischievous glint came to his eyes. “Why settle for one glass of wine when you can have the whole bottle?”

“What, he confessed his undying love for me to you? That was quick.” He didn’t mean to sound bitter, but Lane simply didn’t understand.

“We just met. Stop making plans for other people.”

Lane shoved Edmund over and sat beside him on the bench. “He said you’re beautiful. His exact words. I asked him what he thought of you, and he said, and I’m quoting here, he’s beautiful.”

“You can think anything is beautiful. Doesn’t mean you want to marry it. Or fuck it.”

Lane smoothed his pants and looked away. “What portrait?”

Owen crossed his arms. “The one you think I don’t know about. The one you found in that trunk. The one I told you to burn.”

Lane shrugged, a guilty look on his face. “Your parents are in it. It’s the only one left. I couldn’t destroy it.”

“I’m trying to protect you, too. Don’t get your hopes up. Owen is our new friend, nothing more. Besides, he’s a traveling storyteller. He won’t stay here forever.”

“He would if he had a reason,” Lane said quietly. He stood up, frowning even deeper. “Not getting your hopes up is one thing. It’s completely different to close your heart and mind to something.”

“I’m not closing myself to anything. I promise I wouldn’t kick him out of bed if he seemed to want that. But a few nights of pleasure aren’t happily ever after.”

Lane scratched his forehead. “I’m going to bed then. It’s useless trying to talk to you when you’re like this.”

“All right.” Edmund wanted to throw the exact same comment right back at Lane, but he couldn’t. He didn’t blame Lane for wanting him to be happy, but he didn’t think it was realistic to go out seeking that kind of happiness. He’d only be hurt again.

Lane stood there a moment before turning and walking away.

Even as he rolled his eyes, Edmund chuckled. He knew he was lucky to have even one person love him so much. His gaze fell to Owen’s window again. Would a night or two with Owen be enough? Or would it be better to hide his desire?

I loved this little take on Beauty and the Beast, and really loved the characters. I enjoy these books from her because it&#039;s a nice blend of fantasy/historical type settings with vampires, shifters, and humans all together.

Taming His Beast by Marie Medina