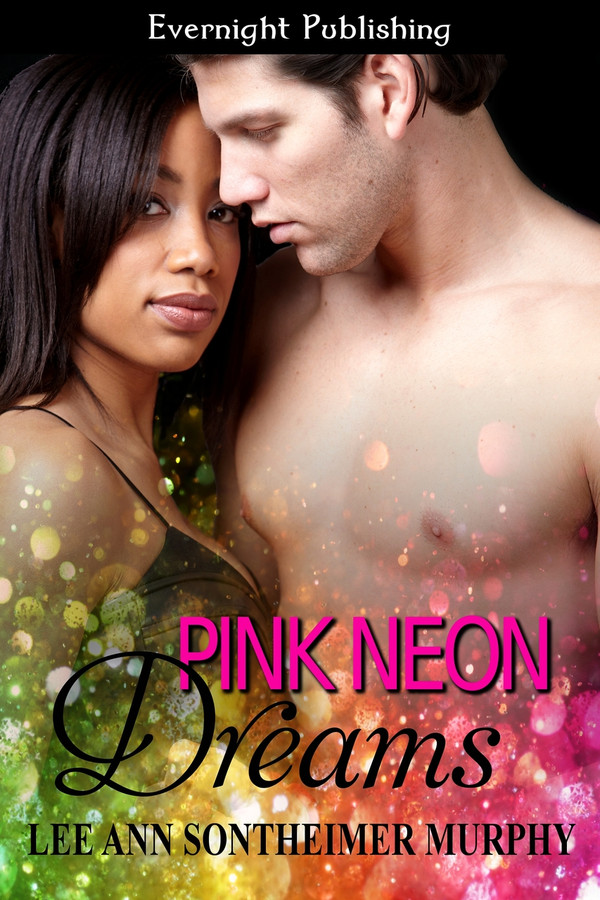 Cecily Brown lands in Branson, Missouri after a rough divorce. She plans to start over and make her long-standing dream of owning a boutique called ‘Pink Neon’ come true. She needs to forget the decade she spent trapped in a hellish marriage to millionaire Willard Bradford VI—who she later discovers was murdered on the steps of his mansion.

Her first customer at Pink Neon is the dark and mysterious Daniel Padilla. Their attraction is intense and their passion undeniable. Life’s good until Padilla admits he’s an FBI agent sent to check out Cecily. She reacts with anger but as she learns she’s become the FBI’s top suspect in her ex-husband's murder, she has to trust Daniel if she can trust anyone at all.

As the investigation heats up, she ends up heading south with him to Texas. Cecily and her FBI lover try to discover who the real killer might be. But danger lurks and it’s going to get rough before they straighten things out….if they can.

Electricity ignited when he touched her, a vibrant current almost tangible enough to sting. He hadn’t intended to do anything but prevent a mishap, but he left his arm in place as they walked out to the pier in tandem, the slender space wide enough for two.  Cecily leaned into him and Daniel thought if he didn’t kiss her soon, he’d explode into shattered bits.  When they reached the structure, she put down the bags on the single picnic table and he followed her lead, removing his arm.  Permanent benches flanked the table and shrunk the space.  Cecily turned to him, her face in shadow and met his gaze.

God, he thought he’d drown in the depths of her deep, dark eyes.  Somewhere he’d read eyes reflected the soul and if true, this lady had to be beautiful deep within, inside as much as out.  He thought he could read old sorrow combined with hope and a healthy dose of desire.  Neither spoke as a moment stretched out into two, then three.  Cecily moved first.  Her left hand rose with the slow motion of a sleepwalker to touch his cheek, her fingers separate.  She stroked his face, lighter than a soft wind. Their eyes remained locked as she traced his lips with a single finger.  She spoke his name aloud, her tone rich and resonant.

Her voice became a knife, sharp enough to cut away some of his emotional baggage in catharsis. With a vulnerable corner of his heart laid bare, Daniel didn’t think, he acted.  He grasped Cecily in his arms and bent for a kiss.  His lips burned fever hot as need rippled through his body like cold chills. The overall effect made him almost physically sick, but he sought healing and as their mouths merged into one, he thought Cecily offered the cure.

Dan snared her lips with his and used his mouth on hers, more caress than simple kiss.  He’d forgotten the taste of lipstick on his tongue or how soft a woman’s skin could feel beneath his hands.  As he inhaled her fragrance, a blend of perfume, cosmetics, peppermint, the potpourri from her shop, and a few elements Daniel couldn’t define, he thought he’d die happy smelling something so sweet.

Cecily’s hands made a circle around his neck and her fingers trespassed into his hair, plowing through his short strands with slow deliberation.  Her breath lifted into his face and he sucked in the air she expelled, an intimate exchange.  Daniel caught her bottom lip between his and almost nibbled.  Her tongue darted into his mouth via the small space and the sensations of a French kiss, delivered with sexy style, rocked his body.  Her tiny braids—cornrows, he thought, they call them cornrows, shifted with enough momentum to touch his arms and tickle.

As he fastened his mouth tighter onto hers, his senses developed an acute awareness.  Everything enhanced until Daniel experienced touch, taste, and smell with intimate power.  Eyes open throughout the kiss, he saw with a stark clarity and despite the darkness enveloping them, the subtle beauty of her silhouette stole his breath.  He heard each tiny sound, the smack of his lips against hers, the faint rubbing of his T-shirt against her blouse, even the crickets singing in the weeds along the lakeshore.  Her increased heartbeat rang in his ears, and he swore he could hear her blood flow through vein and artery.  When Daniel deepened the kiss, Cecily’s low moan echoed in his ears and he realized seconds later, he made a similar sound of pleasure.

Everything shifted as they kissed, mouths fused together, and he knew this ranked as significant.  A living force sprang into being, fueled with their unbridled desire and consuming need.  He’d never experienced anything so deep or profound, strong enough to turn his head with dizziness, terrifying enough to shake his foundations.  Whatever it meant, wherever it might lead, Daniel couldn’t begin to guess, but he planned to follow until he grasped the meaning.

Blindsided by the last thing he expected when he left Kansas City, mind reeling from the possible implications to his career, heart pounding, and the doorway to his inner self open to another human being for the first time in years, Daniel hated to let go.

Pink Neon Dreams by Lee Ann Sontheimer Murphy is wonderful romance thriller that is full of suspense and action. I have read this author before and I have enjoyed her other stories but I have to say that Pink Neon is my favorite so far. I really enjoyed Daniel and Cecily’s story. If this were the first book by this author that I had read I would definitely be rushing out to buy more of them. I look forward to reading some of her other books in the near future. Cecily has been through a lot over the years. She hasn’t made the best of choices in her life and that landed her in a loveless marriage that she finally managed to escape. She didn’t take much in the divorce because she didn’t want much. She wanted enough money to start her own business and to get as far away from him as possible. She finally gets herself settled in and her shop is about to open. She is pretty happy. Then her cousin tells her that her ex-husband is dead. She isn’t happy about it but she isn’t sad either. On opening day Daniel walks in and starts a conversation with her. She finds herself attracted to him and he seems to be to her as well. They end up spending time together and the more time they spend together the more their attraction grows. She is a bit hesitant because she isn’t looking to get into another relationship but there is just something about him. When her past collides with her present and both she and Daniel are in trouble she will do anything to help keep him alive. She may also learn something about him that will ruin their newfound relationship. Will love conquer all? Or will the new information prove to be too much to handle? Daniel is an FBI agent and he is a good one at that. His latest assignment has him in Missouri to investigate Cecily because she is a suspect in her ex-husband’s murder. He decides that the first contact between the two of them should be during her grand opening of her new shop. When he meets her he is taken by surprise…he didn’t expect there to be a strong connection between them, so strong that it is palpable. He decides not to tell her the reason he is there but to get to know her. He should be able to figure out whether she was involved or not. The more time they spend together the more he is convinced that she is innocent, so he has got to figure out who is actually guilty. He feels guilty for not telling her who he really is and is afraid it will bite him in the butt when she does find out. Will he be right? He takes her home when things begin to happen and that is when she finally finds out who he really is. Her reaction isn’t as bad as he thought it would be but she is still hurt and all he wants to do is earn her trust back. When her cousin gets caught in the crossfire he must do everything he can to save her ad to keep Cecily safe. Will he be successful? Or will he end up being too late? I really enjoyed Pink Neon Dreams. I really liked Daniel even though he lied to Cecily. I think that he did it more because it was his job and he needed to gain her confidence to find information out. I do think that once he formed an emotional attachment to her he should have given the case to another agent; however I think that another person may have just found reasons to believe she was guilty based on what I read about the other ones. I liked that Daniel was willing to put his life on the line when it came to Cecily’s cousin because he loved her. I also liked that Cecily didn’t listen to him and let him go alone. I thought that Cecily was a tough woman she had a lot to get over and she handled things like a pro. I liked her character a lot too. I thought the plot moved at a nice rate and the story flowed well. I liked the chemistry between the characters and will be reading more books by this author. I would highly recommend Pink Neon Dreams to those who enjoy contemporary romances with a bit of suspense.