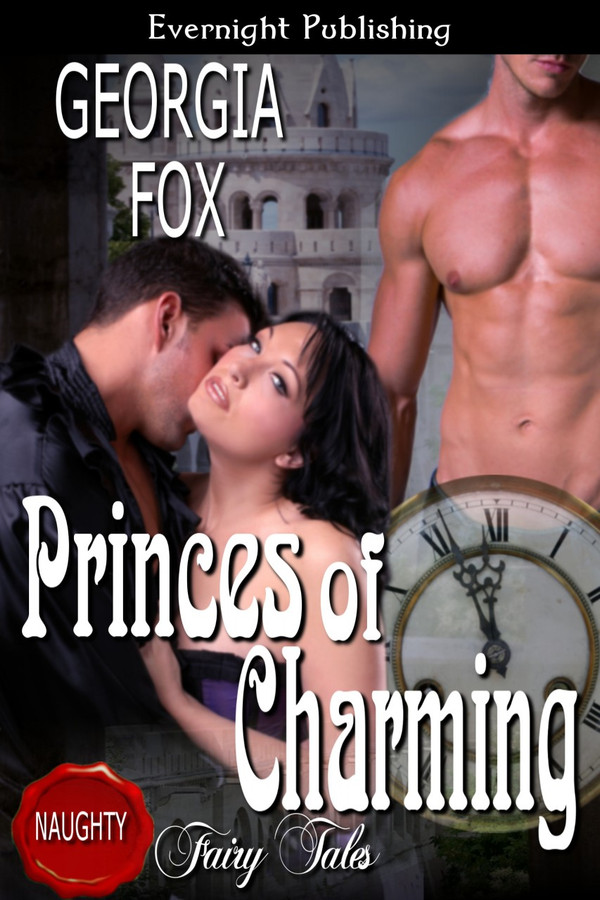 Drusilla has been hired to find a society bride for the young heir to the Charmings Chocolate fortune. Unfortunately, someone's made a mistake, for Dru is no demure, widowed matchmaker. As Madame Pantoufle she manages a secret club in Victorian London, where she administers punishment to wealthy, aristocratic clientele.

But a case of mistaken identity is not her only problem. Her new client has no intent to marry, and his scandalous, long-exiled father has just returned to cause trouble for everyone involved in this matchmaking scheme.

Brandon Wilder, absent from his son's life more than twenty years, is coming home to right a few wrongs, and the tightly-corseted matchmaker isn't going to distract him from his own mission. Even if her dark eyes, like her little notebook, are full of secrets. Even if he happens to know she owes him something.

It's about to strike midnight. Hold on to your bloomers.

In the far mirror she watched a slight smile turn up one corner of his thin lips. Suddenly he thrust forward, almost knocking her over the couch head first. Several of her hair pins loosened and a lock of brown hair tumbled free down the side of her face. His broad cockhead breached her opening with no further ado, forcing deeper into her sheath with the second thrust. Drusilla had never felt this full in her life. The tight corset squeezing her in above served to accentuate the sensation of her lower half being pinned, penetrated, ravished.

"What is it you would like?" He wasn't giving up. "Your wickedest desire will be fulfilled here and now."

She cried out as he thrust a third time, fitting yet more of his cock inside her. How much more could there be? He would have to loosen her corset if there was a half inch more to come, because it felt as if he was in her belly already. She trembled. Sweat coated her body, dampening her clothes.

"Completely anonymous sex," she gasped out finally. "A man I don't know and will never see again." Oh, Lord, why did she tell him that? She had a great many sexual fantasies but they'd all been locked away. This was the first thought that came to her and it spilled out as he began to fuck her from behind, grabbing her hips and finding the rhythm, his corduroy trousers slowly crumpled against the back of her thighs.

"I don't count as a stranger, I suppose," he grunted.

"What would he do to you first then? Describe it to me."

His pace quickened, his sac grinding against her each time his full manhood drove home. "Lick what?"

"Very nice, Mrs. Kent," he growled, each word falling from his mouth as if pushed out with the forward thrusts.

"Glad you like it," she replied, breathless. "Please unlace my corset."

Now he held his thumb again between her arse cheeks, while his cock still plundered deep, stretching her pussy, possessing it as no man had in a long while.  He wriggled his thumb, forcing it into her bottom. She yelped as his pace quickened, his shaft working like a piston, balls slapping against her sopping wetness, the sound incredibly loud in that hotel suite. His thumb was all the way in her arse now, squeezing through, claiming her.

"Where would you like my deposit most? I assume you wish for me to withdraw from your cunt before I spill."

"If you don't mind," she replied sardonically. Glancing upward she saw him in the mirror again. This time he too had caught the reflection. Their eyes met.

"I'm going to fuck you all afternoon, Mrs. Kent. I hope you won't object to finding my seed inside you. All over you."

"Do not come inside me."

"Not here perhaps." He thrust again, his cock hard as marble inside her vagina. "Somewhere else."

Their eyes still held in the mirror. He slid his prick out of her, leaving Drusilla on the verge of orgasm. "As I wish? Hmmm. How generous. Can this hole take me?" He wriggled his thumb again and she gasped

"No." Her pussy throbbed, sulking at his sudden withdrawal.

"I think, yes. I've prepared it quite well and it has expanded most obliging around my thumb. Shall we try widening it a little further?"

It was odd for her to be on the receiving end these days. She should be the one inserting objects into his anus, while spanking him with a paddle.

Before she could formulate any sort of answer that wouldn't make her sound too eager, there was a knock at the door of his suite. To Drusilla's mortification, he shouted, "Enter."

The door was to the right of the couch. By dropping her head between her arms she hid her face from the new arrival. She could not, however, hide what was being done to her. Brandon paused, his thighs hard against the back of her legs, his cock sheathed again by her pussy, his trousers probably around his ankles by then and certainly no modesty left for her.

"Ah yes," she heard him say. "Thank you. I did call for a barber and it completely slipped my mind."

She cursed under her breath. Brandon must have heard her, for he laughed softly and then resumed his motion, balls smacking into her with every forceful thrust. To her left there were sounds of small wheels squeaking closer and then items moved about on a tray, followed by water pouring and the quick sweep of a razor being sharpened on a strap. Through it all, Brandon Wilder pounded in and out of her sopping wet pussy and she felt the waves of climax mounting. He moved his thumb even deeper in her arse and leaned over her spine to whisper, "You have my permission to come, Madam. The barber is watching my cock ream your lovely pink pussy with great interest."

She made an attempt to restrain her need.

"I'm going to have him shave me. While he's here, can this stranger do anything for you? The fellow looks keen enough. He's practically salivating right now." He raised his voice. "Pretty piece of cunny, isn't she?"

After a pause, the other man answered, "Indeed, sir. Very."

"I wager you wouldn't mind a little yourself, eh?"

"I'm sorry sir, I should avert my eyes until you are done."

"Not at all, man. Look as much as you like. The lady doesn't mind. Do you darling?" Brandon leaned forward again and kissed her neck, just above the lace collar of her gown. "I want to come in your mouth," he whispered, his breath hot on her skin.

She moaned softly in assent.

I start reading this looking for a hot little read and then I get surprised by the quality of writing. It&#039;s not raunchy, like some of the stuff out there. Sure it has its moments but there is a storyline and some good fleshed out characters that give this little story a life all its own. Drusilla was a self made woman, literally, she made up who she was and no one was the wiser. Brandon completely did the opposite and gave up his entitlements and ran off and left all to his &quot;son&quot;. Their chance meeting before he left made a lasting impression on both of them. Circumstances bring them together and the chemistry is hard to fight, so they don&#039;t. Neither wants to throw away this chance. Brandon decides he wants more than one night with Dru now he just has to convince her of that.