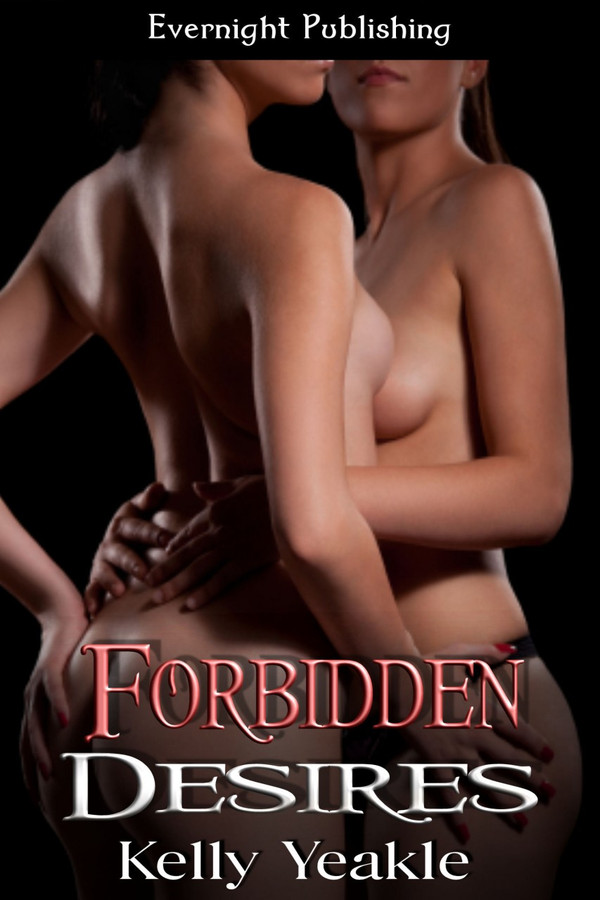 When Dani meets the delicate beauty that is Carmen she knows instantly that she wants her—in her life and in her bed. But can Miss. Commitment-phobic look beyond the sex to see the woman beneath?

To Carmen, the wildly beautiful Dani is a new and exciting friend. What she hadn't counted on is the simmering desire she feels when in Dani's presence. As her relationship with her boyfriend sours, Carmen begins to wonder if there is more to Dani than she realizes.

Should she give in to this, the most forbidden of desires?
Be Warned: f/f sex

She gave him a few minutes before she approached with the envelope. As she walked the short distance from the living room to the kitchen, she pulled the dinner certificate from the envelope and laid it on the table beside him.

“What’s this?” he asked, barely looking up from the paper.

“I won the raffle at work yesterday, and thought we could have date night tonight.” Carmen smiled as she waited for him to pay her some real attention. “Dinner at Carlito’s, followed by a movie at the Cineplex.”

“I can’t.” David folded the paper, laid it on the table, and then focused his attention to her. “I’m covering for another guy at work tonight.”

Carmen frowned. “David you work all the time. When do we get to have a night together?”

“We have every night together.” He patted her hand as she reached to pick up the gift certificate from the table.

Carmen let a frustrated sigh escape her lips. “Yeah, we get to sleep in the same bed, but I mean when do we actually get to spend some time together like a real couple?”

“Carmen, we’ve been over this.” David ran a hand through his hair. “A few more months and things will get back to normal.” He took her hand in his. “If you can just be a little less selfish right now, the end result will be something worth waiting for.”

“I’m being selfish.” Carmen laughed with sarcasm in her voice. “Wow, you are such an ass.” She pulled her hand from his grasp and walk to the coat rack where she grabbed her jacket. She needed time away from the apartment, and away from David and his ego, before she said something she might regret.

Later in the evening, Carmen sat alone in her kitchen frowning into a bowl of chicken noodle soup. It was a far cry from the full buffet at Carlito’s, but David’s job and his attitude had prevented them once again from sharing a night out together, and there was no way she was going to dinner alone. She tossed her spoon hard into the bowl out of frustration and groaned as liquid splashed onto the table. She shoved her chair back away from the table and got up to pace by the window.

She was restless, and in dire need of a night out with real food that didn’t come from a box or can and some adult conversation. She looked down at her watch and frowned. It was almost seven on a Saturday night and most of her friends waited tables or tended bar until much later in the evening. David had left hours before and with nothing better to do, Carmen pulled her school bag from the closet and sat on the sofa to leaf through her notes from the first week of classes. If she couldn’t have fun, at least she could get ahead in her assignments. Though she was failing in her relationship with David, school was one area she excelled in.

A piece of paper fell into her lap when she opened her math book, and Carmen remembered the friendly girl who sat in front of her. She picked up the small square and ran it between her fingers, toying with the idea of calling her. Although she’d spent most of her life on the shy side, Carmen thought Dani seemed like a generally friendly woman and it was never too late to break a trend. With David’s ambivalent attitude about putting her first in his life anymore, it was time she found other ways to spend her free time.

She picked up the phone and dialed the number quickly, not giving herself the chance to lose the nerve. “Here goes nothing,” she said aloud to herself as she hit the green talk button. The shrill sound of ringing came through the earpiece and she’d almost given up on getting an answer when a perky voice answered.

When I started to read this novel, I was blown away at the imagery used in the first few chapters. The author painted a picture with vivid colors and heartfelt emotion. I instantly liked Carmen. She reminded me a bit of myself. I could related to her and wanted her to succeed. Dani was Carmen’s opposite, and it was their differences that made them into such a great couple. When reading this book, it felt as though I was reading about real people. Both of their personalities were so well developed and realistic. I loved that there was no bad guy in this book. Although David, Carmen’s boyfriend was the element that stood between Carmen and Dani’s happiness, David himself wasn’t a villain. He was just a typical man who forgot how to treat a woman. By the end on the book I actually felt bad for him. One thing I hate is when a relationship is rushed and forced. It’s so rare to see a book where the romance takes time to build. This story had that. Dani and Carmen didn’t fall head over heels with each other in a week. It took time. They developed a friendship first, and only then moved to the next step. Their attraction to each other seemed more real with the friendship. By the end of the book, I was convinced that they were in love and happy together. Perfect character development! My only complaint with this book is that a lot of it was telling the story. I wish there had been a little more show and a little less tell. Besides that, however, it was a great and memorable love story.

Other than it being two women the story is pretty straight forward and common. At least, that’s what I thought at first. I would have lost a million dollars on that bet. Ms. Yeakle clearly knows her stuff and is talented enough to write it with class. Her writing has effortless flow. The characters were very well written and I could clearly see them walking past me in real life. Now for the f/f intimacy – smoking hot but with a touch of sensual sizzle that really brings the scenes together. I am very impressed by how smoothly this read. The budding relationship between Dani and Carmen was beautifully written. Well except for the whole peanut butter on toast thing...that’s just a very strange combination, lol. The only issue I have is the editing. The run-on sentences to start with. I hate them, they drive me absolutely freakin’mad and there’s a lot of them in here. There&#039;s a comma overload! Normally, this wouldn’t hurt the overall rating but it sticks out like a sore thumb when reading and really hinders the story. With those issues, I thought for sure Forbidden Desires would get a 4. I kept reading and the characters became deeper. They seemed to leap from the page and unfold around me. I wanted to know what would happen between Dani and Carmen. I wanted David to get lost and realize what a wonderful woman he’d been ignoring. This book became a romance that bloomed like a rose in the winter. If you’ve never read a f/f novel give this a try. If you have, read this! Forbidden Desires is well worth your time.

What happens when you begin to question everything that you have ever known? Do you take the chance to find out what you really want or stay safe with what you already have? Carmen has to make that tough choice in Forbidden Desires. Carmen and David are living together and have been dating for a few years. They are comfortable together until David gets a promotion which comes with a shift change. Now he is on the night shift and the couple doesn’t get to spend much time together. Carmen is a small beautiful curvy woman who is afraid of new situations. She is studying accounting in college and dreams of working in her hometown in a small office when she completes her degree. Dani has the wild unkempt look of a natural beauty. With her nose pierced and two-tone hair, Dani is comfortable being who she is. She accepts her choices and has no regrets. Her love life consists of summer flings and one night stands with women because she just hasn’t found that one person that she is willing to give her heart to. Also a college student, Dani and Carmen meet in class and sparks instantly fly. As a friendship develops between Dani and Carmen, Dani fights her lustful thoughts and longings. She doesn’t want to force Carmen or break up her relationship with David. But with David’s long hours and bad attitude, Carmen is pulling away from him. She begins to question her relationship and why everything has to be David’s way, without any consideration to what Carmen wants. It becomes obvious to Carmen that Dani is having feelings for her and Carmen is conflicted. She would like to explore her own growing feelings but feels conflicted and guilty. When David refuses to go back to Carmen’s hometown for Christmas, Carmen brings Dani and their passions really explode. Forbidden Desires is a great story of understanding and accepting what you really want, even if it isn’t the conventional things. Being true to yourself and your desires is more important than living by society’s rules. I really liked Dani’s confidence and surprise over the realization that love found her. She was used to being with many different lovers, but one taste of Carmen and there was no one else for her. It was nice to see Carmen also come out of her shell. Often women do things to please their families, boyfriends, or husbands rather than putting their own needs first. Carmen learns how to ask for what she wants. I also really enjoyed that while David was surly and distant; he wasn’t really a bad guy. He hadn’t had affairs or cheated, he just wasn’t what Carmen needed or wanted. His motivations for his actions are essentially good (working hard to get ahead and afford the things that they need), he just isn’t the right person for Carmen. I could see myself being friends with both Dani and Carmen. They were written very honestly and reminded me of myself at times. If you are looking for a hot sultry read of love and passion with fun, compassionate characters, I recommend Forbidden Desires.

Into the Crossfire by Kelly Yeakle