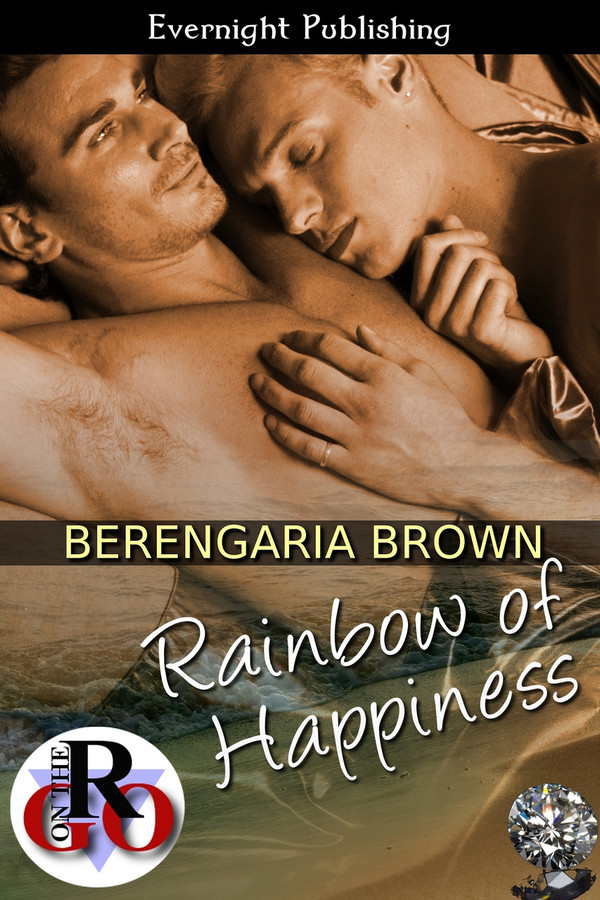 Twenty years have passed and John is now an adult. Memories of happy childhood summer vacations at Rocky Point Beach with his extended family take him there once again as he tries to decide what to do in the future.

Coll is hiding a secret. His heart wants John, but his mind warns him that getting close to the delicious blond could ruin both their lives.

Will love conquer all or will the past steal their chances at happiness?

John wrapped his arms around the shorter man, then angled his head for a better, deeper kiss. Coll’s lips opened and John slid his tongue inside, wanting to experience all of Coll. Oh god, it was heaven being wrapped up like this with Coll’s arms around him and their bodies pressed so tightly together. John tried to go slowly, but every part of Coll’s mouth that he explored made him want more. John could taste the beer they’d both drunk and the spiciness of the bolognaise sauce. But more than that was the pure flavor and smell that was Coll.

John pulled back and looked into Coll’s face. Coll’s eyes were glazed with lust now, and when his tongue flicked out over his kiss-swollen lips, John knew that was a resounding “Yes!” to the thoughts running wild in his own mind. He took Coll’s hand and tugged gently. “This way.”

He’d taken the same bedroom he’d always used. The two bedrooms were basically identical anyway. Each had a queen bed, a nightstand, and a small built-in closet. But somehow to him, this room was his, even though he’d only stayed in it intermittently over the years.

As a child he remembered running into the cottage as soon as they’d arrived to see what, if anything, had changed. The year the microwave had appeared had been exciting. Suddenly he and his mom could buy food at the take-out places on the way home from the beach and heat it up to eat whenever they liked.

But now he was about to change his bedroom from a childhood haven into an adult one. From tonight onward, his memories here would be of him and Coll. Well, it was about time. He was twenty-one and Coll a year or two older.

He pulled Coll’s bright pink T-shirt off over his head and licked a line across his taut abs. Coll had a more solid build than him. Not fat in any way, but stockier and sturdier. His chest was hard and his belly flat. John licked upward, slowly, slowly, not stopping until he reached a tiny nipple. John sucked hard until the bud responded by standing up straight, and then he turned his attention to the other one. Coll’s nipples were a dark brown and his skin very lightly tanned. Such a contrast to John’s own pale skin.

Now John began to lick a line down Coll’s sternum, stopping to puff warm air on the wet places as he slid lower and lower. He kneeled at Coll’s feet and rested his head on Coll’s toned abdomen as he unbuckled Coll’s belt, unsnapped the top button, and eased the zipper down over Coll’s straining cock. Coll’s bright orange briefs were tented with an impressive erection, but much as he wanted to hold Coll’s dick in his hand, John forced himself to wait.

First, he dipped his tongue into Coll’s bellybutton, and then he bit lightly around the rim. Next, he licked a line just above the line of his hipster briefs. John had to work hard not to grin at the way Coll’s abdomen quivered under his touch. Coll’s hands were fisted in his hair, gripping tightly, so he could tell he had the man’s complete attention.

He tugged Coll’s jeans all the way down and pressed his nose against Coll’s inner thigh, inhaling the scent deep into his lungs. There was a hint of musk, a slight overlay of sweat, and something else that was distinctly Coll. Coll groaned at his touch and thrust his hips into John’s face, but John had waited months for this day and wasn’t going to rush.

Finally he unwrapped his present: Coll’s cock, all neatly packaged in bright orange cotton. When John peeled away the colorful fabric, Coll’s dick was everything he could ever have wanted. The man was hung like a horse, with a long, thick dick and large balls. The head of Coll’s cock was already red, so John dipped his tongue into the tiny eye, digging for precum. Ah, there it was. It had the same slightly salty, slightly musky flavor as the man’s skin. Delicious.